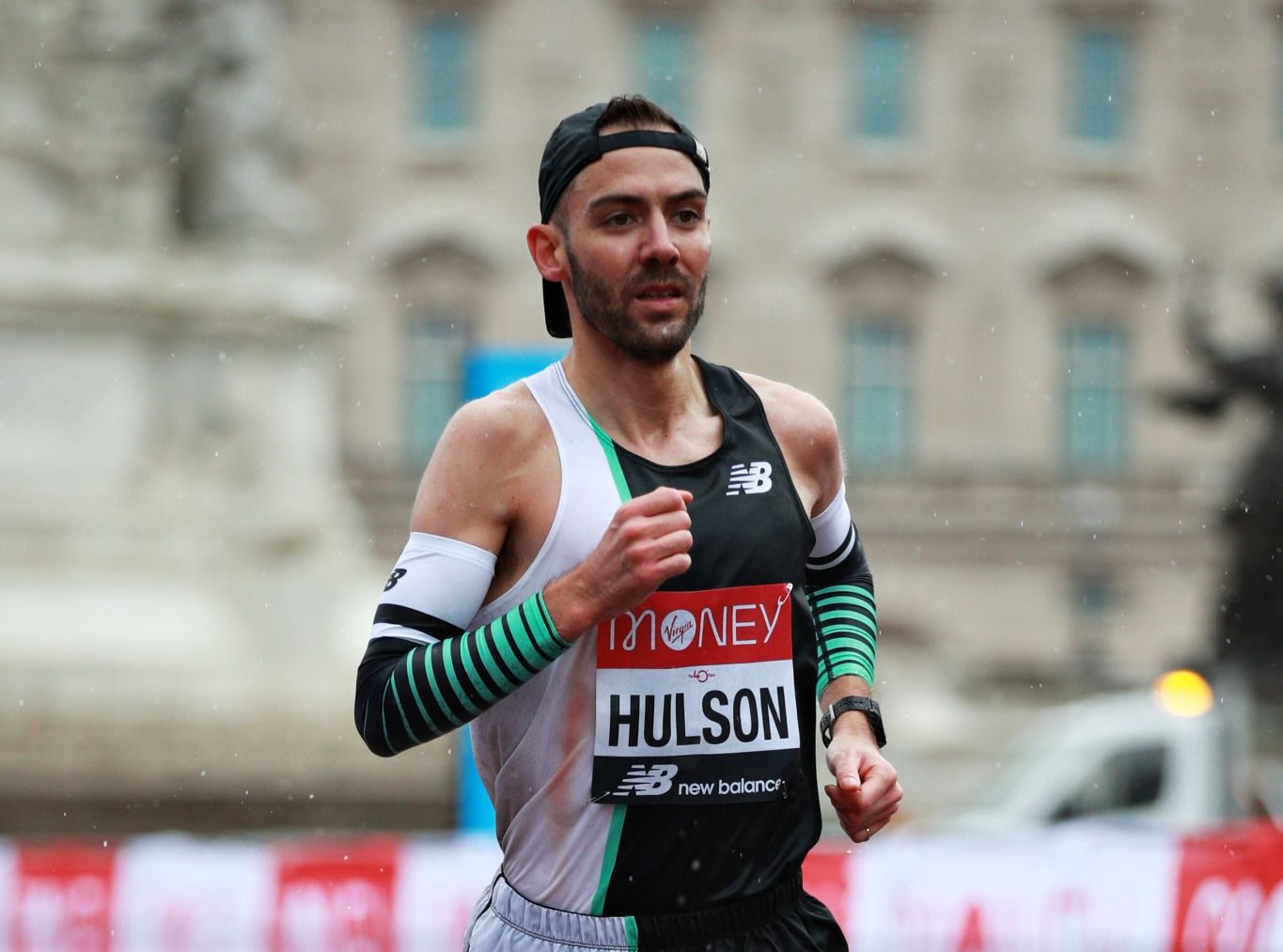 Charlie Hulson has spoken of his bitter disappointment at having to withdraw from next Friday’s Olympic Marathon Trial in London.

The Welshman was targeting the Olympic qualifying time and a place on the plane to Tokyo as part of the Great Britain squad.

But a serious stress fracture suffered while training following his 2:13.34 personal best at the Virgin Money London Elite Marathon last October, meant he has been forced to pull out.

Although realistically he knew weeks ago he would not be able to toe the line at Kew Gardens next week, Hulson was reluctant to give up on his dream, but finally had to admit defeat.

“It’s not great, but I’m getting over it now,” Hulson told me – the disappointment still obvious in his voice.

“I knew basically a while ago. I hadn’t pulled out just in case, but I knew really.”

The 28-year-old joins Stockport’s Jonny Mellor, who withdrew last week with a freak gout-related injury, on the sidelines as the final preparations are made for the trials.

Mellor twice ran inside the Olympic qualifying time last year, including 2:10.38 at the London Elite Marathon where Hulson clocked his PB in only his second outing over the distance.

It was that performance on the unusual Covid-19-restricted closed loop course around St James’s Park, which convinced Hulson he should bid for Olympic qualification.

But then disaster struck for the Liverpool Harrier from Flintshire, who has suffered his fair share of injuries in recent years.

Hulson explained how the latest setback came about.

“I did London and I was fine. I got back into training gradually and was feeling really fit with no niggles for once.

“And then, I don’t know what went wrong, but I felt a pain in my leg and didn’t really think much of it.

“I carried on for a week, I just thought it was a niggle and then after a week it got worse and I had to stop running, basically. I still kind of thought it was nothing, but two weeks passed and I couldn’t run at all.

“I got a scan quickly and it was a stress fracture in my femur and quite a bad one.

“I knew it wasn’t realistic but I was still entered (for the Olympic trial) just in case I could keep fit on the bike and I wanted to give it a shot. But I’d made the decision about two months ago, really.

“It’s so annoying because after how London went and the whole picture at that time, my coach and I were thinking that even if it wasn’t the Olympic trial at that point I would have been going for the Olympic time. The next target was to get as close to 2:10 as possible.

“So it’s obviously a bitter pill to swallow, but it’s one of those things, isn’t it?

“It is unavoidable, it’s been a bit of a nightmare the last couple of years but it’s just part and parcel of the sport.”

With Scotland’s Callum Hawkins pre-selected, it means if the first two men at the trials run sub-2:11:30 then they will be automatically selected for Tokyo.

However, if only one or none break the standard, the selectors could consider other runners who had achieved the qualifying time.

I ask Hulson whether there might still be a chance for him if he gained the qualifying time before the deadline.

“If I ran sub 2:10 next month and no one ran the qualifying time at the trial then there would be a chance, but that’s not going to happen,” he says. “If no-one runs the time, I think Jonny Mellor will be selected.”

The proud Welshman, who works full-time at the family bakery in Mold as well as competing as an international athlete, has now set his sights on other goals – October’s London Marathon and a place on the Welsh team for next year’s Commonwealth Games in Birmingham.

“I’m planning on doing London this year and qualify for the Commonwealths, at least I’ve got that to aim for,” says Hulson.

“Before London we were contemplating putting all our focus on the Commonwealths, then I decided to go for the Olympics as well, but now the decision has been made for me, so that makes it a little bit easier. I’m so glad that opportunity is there”

But Hulson acknowledges earning a place on the Welsh team for Birmingham will be no easy task as he will be competing against the likes of Swansea Harriers Dewi Griffiths and Josh Griffiths and Stockport Harrier Andy Davies – all of whom will be running at the trials in Kew Garden.

“The amazing thing is the standard in Wales is just unbelievable at the moment,” says Hulson.

“To have three Welsh guys, well four, with Andy Davies in there. I don’t know what’s going on, but 10 years ago the standard was nowhere near this.

Looking ahead to Friday, Hulson says: “I think Josh will go well at the trial and definitely think Dewi will – he will be going there to win it, definitely. Hopefully Dewi gets it.”

However, having experienced the disappointment of missing out, Hulson will be hoping fellow injury victim Mellor also earns a place.

“The work Jonny Mellor has put it and the performances he has pulled out, I think he should be going to the Olympics.”

Asked whether he will tune into the live stream next Friday morning, Hulson said: “Yes, I will watch it. I’m excited for them to be fair.”

In the meantime, there is plenty to keep Hulson occupied at work and gently easing back into training.

“It has been a long time now, about 12 weeks of no running,” says Hulson.

It’s Charlie Hulson who takes the victory at the #CardiffBay10k in just over 29:30 with Matt Clowes a close 2nd and Scott Overall 3rd! Carwyn Jones finishes 4th with James Hunt 5th pic.twitter.com/PrHF8fxBV2

“I actually did my first run two days ago. Not an actual run, it was like a minute on, minute off, it’s still just part of the rehab but hopefully in two weeks I can get my first half an hour run and go from there. I’ve just been on the bike until now.”

And then there is the family business, where Hulson works between 50 and 60 hours a week.

“It gives me something else to focus on, but if you don’t get the balance right . . . you could argue that’s one reason why I’m injured, but I don’t regret anything.”

And Hulson isn’t giving up on his Olympic dream even if Tokyo is out of reach.

“I am young enough to have another shot at the Olympics,” says Hulson.

When I point out that Paris 2024 is likely to boast a spectacular marathon course, Hulson laughs and replies: “Exactly”!

“If it worked out like that I would be very happy. I need to keep my head down and stay smart.

“That’s one thing, when you get an injury that bad, you realise perhaps what you were doing wrong in terms of strength and things. Hopefully I won’t be talking to you about this again.”