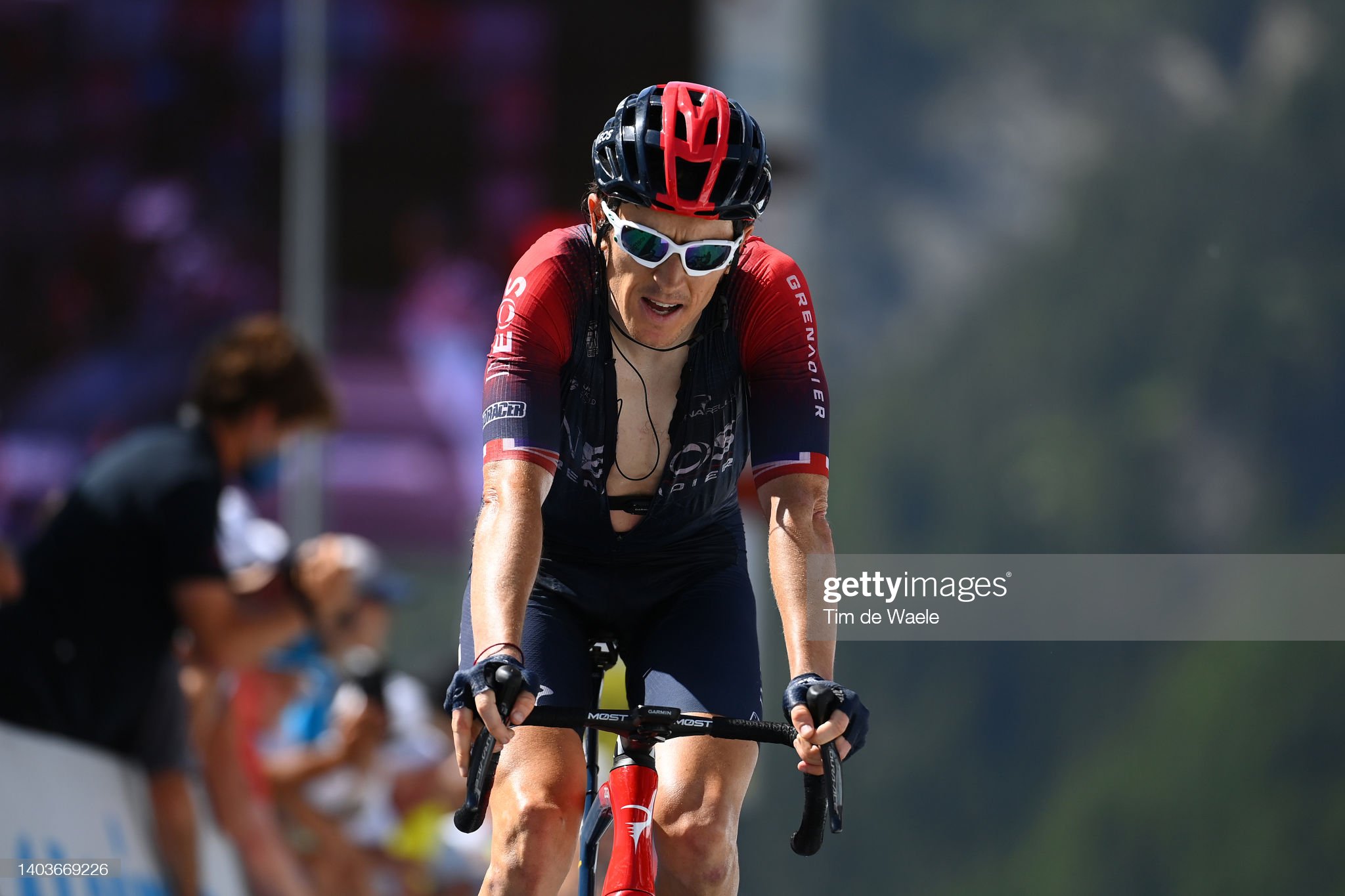 Geraint Thomas is ready to “bash elbows” with his Tour de France rivals this weekend, whilst also insisting he is “pretty chilled” on the eve of cycling’s biggest race.

Thomas will be one of two Welshmen in the Ineos Grenadiers team that start the tour in Copenhagen on Friday, with the other being his fellow Cardiff native, Luke Rowe.

Both riders will be there to support team leaders Adam Yates and Dani Martinez, although Thomas’s status means he will take over from either should they get injured or start to fade over the grueling three-week marathon.

The 21 stages – which will be shown live and in nightly highlights form on S4C – will offer Thomas a chance to create more memories on his 12th tour and he remains a dark horse for the general classification, depending on how events unfold.

One last spin in the sun with the boys before the carnage begins. Loving the new BOLIDE too @Pinarello_com 👌👌 #TDF2022 pic.twitter.com/qD2yGnnBQz

The first and only Welsh winner in 2018, he says: “I am pretty chilled and will take it as it comes and try to enjoy it.

“It’s hard to say that sometimes when you’re bashing elbows and swearing at each other at 60km an hour on flat roads, but I’ll try and enjoy that, too, and I’ll just take it as it comes.

“I’ve obviously won the race and come second the following year and I am a lot closer to the end of my career now than the start. I just want to enjoy the experiences now and get stuck into the races.

“Hopefully, I can be there and effect the race positively for us.  It’s a toil and it’s going to be difficult for us, we are up against some pretty good opposition. There’s a lot of guys who can do really well, so we will have to just see what we can do.”

Thomas may be 36 and in the twilight of a distinguished career as Wales’ greatest ever male cyclist, but he has come back into impressive form in recent weeks, following injuries, and proved he cannot be discounted as a threat by winning the Tour de Suisse just two weeks ago.

But unlike years gone by, when Thomas, Chris Froome, Bradley Wiggins or Egan Bernal were tour favourites protected by the strongest all-round team on the road, things have changed for both rider and team.

Slovenian Tadej Pogacar has won the past two tours and his biggest recognised threat is compatriot Primoz Roglic.

It means, admits Thomas, if Ineos are to upset the odds and provide a Tour winner, it will have to be by different methods to when they – known then as Team Sky –  had the all-round dominance to control the whole tempo of the race.

He starts the Tour de France on Friday and will represent Wales at the Commonwealth Games pic.twitter.com/HjMYyFI10h

“The main difference to previous years is that we don’t have the favourite for the race.

“In the past, we always had Brad (Wiggins) or (Chris) Froome and myself and we have always been one of the big favourites at the start. But Roglic and Pogacar have been the MVPs for the past couple of years.

“Now, we can’t ride the same way. If we just pull all day and set the same tempo, it’s going to be hard to beat them.

“We’ve got a strong team here, we’ve got the numbers, and so hopefully we can use them in the right moments to use that to our advantage.”

With that in mind, those elbows will be extra-sharpened for a more attack-minded and disruptive team operation than Thomas was used to in previous years.

“We have got a super strong team and the main thing is that we ride well together, and we are aggressive together and ride off each other, which is what we have been doing all year and hopefully we can continue that.

“I think we need to be aggressive and take on the first week. A lot depends on the weather conditions, but I think we are just in the mindset of going into the race and taking our opportunities.

“The first week is going to be difficult, but we have the riders here to do well and hopefully puts us in the best place and limits the risks of unfortunate things happening.

“It can go right, or it can go wrong, there is skill involved but it can be just pure luck that gets you somewhere.

“I think the first week suits me, maybe more than some other guys. But so much can go right or wrong as we all know.

“It is exciting, we have a good mix of experience and youth and aggression, and we will have to see how we go.

“We will find out where everyone is soon enough but there will be some big days in the Alps that’s for sure!”

With the 2022 Tour de France getting underway in Copenhagen, follow the race all the way to Paris on S4C with live coverage and highlights from every stage of Le Tour.