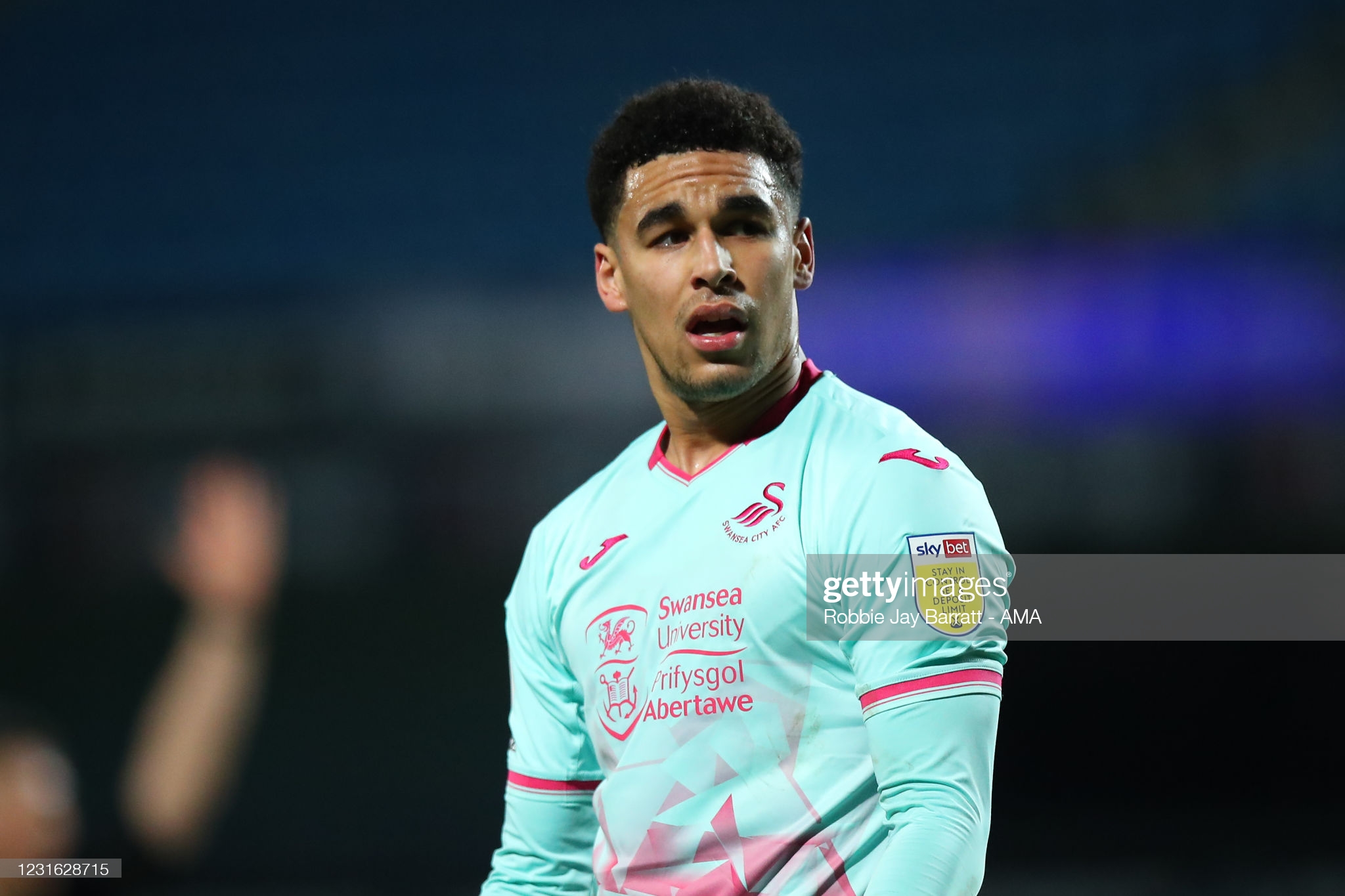 Ben Cabango could miss a total of three matches after his breach of Swansea City’s Covid rules – half of the club’s vital Championship run-in.

The Wales international has already been dropped from the Swans’ key game away to Sheffield Wednesday on Tuesday night after police were called to his home following allegations he was hosting a party.

Now, the 20-year-old could also be absent from the back-to-back home games against Wycombe at the Liberty Stadium on Saturday and the fixture with QPR the following Tuesday.

The club will learn later this week if Public Health Wales require him to complete a 10 day self-isolation period before returning to action.

Cabango was sent home from the squad’s training bubble after police were called to an alleged gathering at his home in Swansea on Saturday night hours after the Swans had beaten Millwall 3-0 in London.

The police were called to the house after reports of a disturbance at around 11.00pm. Some individuals were spoken to, but no further action was taken.

Cabango, who only last month signed a new contract that will keep him at the club until the summer of 2025, has only featured in one of the last six games and didn’t travel to The New Den last weekend.

“The club is aware of an incident involving a first-team player that occurred over the weekend. The player in question has been sent home from the training bubble and as a result will not feature in Tuesday’s game against Sheffield Wednesday,” said Swansea in a statement.

“We work closely with Public Health Wales and have a strict set of Covid-19 protocols within the club and we have made these abundantly clear to all players and staff.

“It is disappointing that these protocols have been breached, and as a club we expect all personnel to adhere to such guidelines in a manner that is indicative of the huge sacrifices made by so many. The club will now conclude the matter internally.”

If Cabango has to self-isolate for the full 10 day period then it will restrict head coach Steve Cooper’s options for the Championship run-in, where the Swans have five matches in 22 days before a likely appearance in the play-offs.

The Swans are currently fourth in the Championship, one point behind Brentford and 10 behind Watford with a game in hand.

The club’s internal review could also lead to a fine for the player.