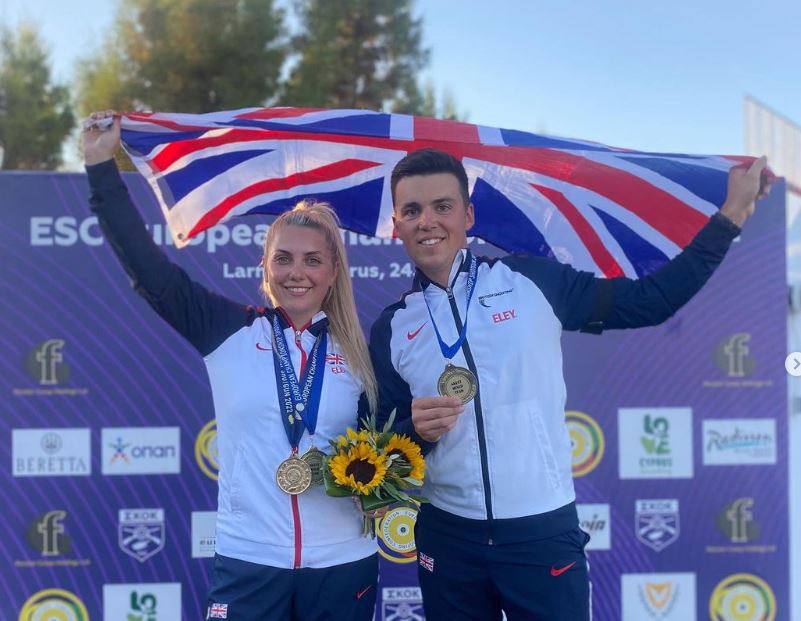 The Welsh clay shooter and four-times British champion, helped Great Britain secure a fourth gold medal of the Championships in Larnaca in a mixed skeet team victory alongside Amber Hill.

Llewellin and Hill added to their respective bronze and gold medals from their individual finals as they won 6-4 after five rounds.Had Llewellin finished in the top two places individual skeet final, then he would have secured a automatic quota spot for the 2024 Olympic Games in Paris.

Llewellin – who missed out narrowly for the Tokyo Games – will have a further opportunity to make the qualification for Paris.

Ahh Skeets! Ben Llewellin Suffers Olympic Agony As He Just Misses Out On Olympics In Shoot-Out For Games

Bronze medals went to Jakub Tomeček and Barbora Šumová of the Czech Republic as they got the better of Rigina Meftakhetdinova and Niyaz Aghazada of Azerbaijan 7-3 in the first bronze-medal match.