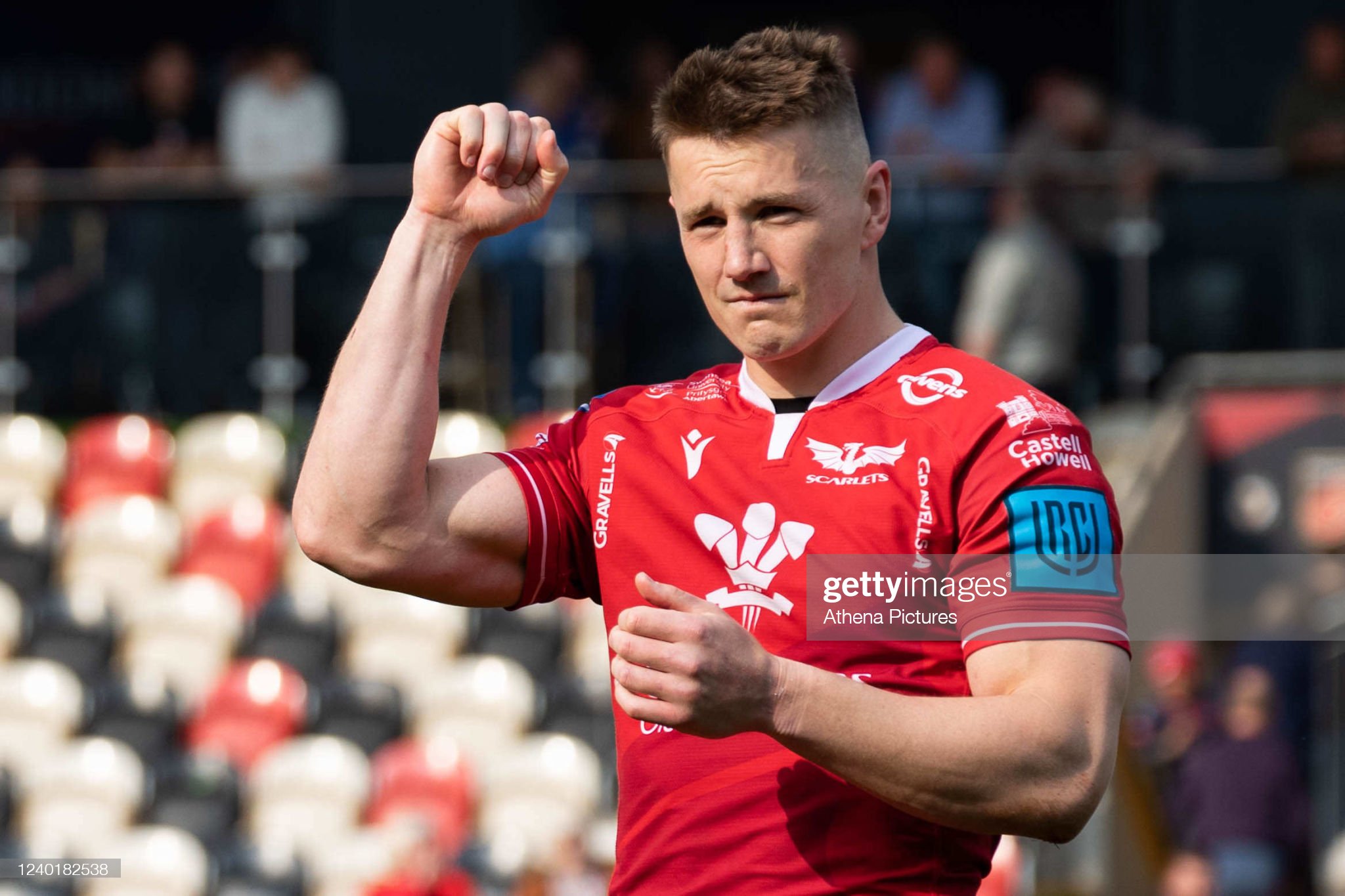 Jonathan Davies insists his priority now is to help the Scarlets achieve a super-charged start to the season and that any Wales ambitions must flow from that.

The 34-year-old was left out of Wayne Pivac’s squad that toured South Africa this summer, but that does not mean he has accepted his international days are over.

But what has changed for a player who has been as integral as anyone to the national cause for over a decade is the pecking order of his personal focus.

“It was very disappointing not to go to South Africa with Wales this summer, but hopefully a good break and time away from the game has helped to set me up for what is going to be a big year,” admitted Davies.

“It was the first time since 2009 where I haven’t been injured or toured in the summer. I went hiking in the Rockies in Canada for two weeks and then I went to Mykanos with a few friends.

“I’m still extremely competitive and my work ethic hasn’t changed. I still want to play international rugby, although the most important thing now is making sure my form at the Scarlets is good – then everything else will take care of itself.”

Having represented Wales on 102 occasions, and the Lions in six Test matches while also winning four Six Nations championships the decorated centre could be forgiven for resting on his laurels.

But having been considered a non-essential by a Wales coach packing for the summer for the first time for 14 years, he is keen to prove a point at both club and international level this season.

The starting point, he says, is helping the Scarlets achieve a play-off place in the United Rugby Championship.

The west Walians blew hot and cold under head coach Dwayne Peel last season with their potent attack let down by their porous defence.

But Davies is confident the Scarlets will be far better this season as they kick-off their URC campaign with a mouth-watering local derby against the Ospreys this Saturday.

“Last year there was a lot of change at the club. Foundations were laid towards the back end of the season, and we were in a good place to get into the play-offs, but we let that slip and it was our fault,” added Davies.

“We want to progress now and make sure all the hard work we put in then, and during the summer, really helps us show what we can do.

NEW VIDEO: Between 2011 and 2019, Jonathan Davies was simply on a different level. Whether it be for Scarlets, Clermont, Wales or the Lions, he always excelled. I’ve clipped up his best bits during this period.

“We know that when we have the ball we score tries. We had one of the most potent attacks in the URC last season and we need to make sure we get the ball back as quickly as possible to allow us to impose ourselves on teams.

“We need to ensure that with and without the ball we improve. There has been a lot of growth within the group, greater understanding and more accountability in what is a challenging environment.”

Davies was an integral member of the Scarlets squad that won the then PRO12 in thrilling fashion back in 2017, and he is desperate for the Scarlets to reach those lofty heights again.

“Winning the league with the Scarlets is one of the highlights of my career.

“I’d love to be playing well enough as an individual and as a team to be competing for trophies at the back end of the season.

“The Scarlets are my club and the team I want to play for. It is a short career, and you are so fortunate when you experience the feeling in the changing room after a big win.

“I have been very impressed with Dwayne since he’s been coach. Everyone has bought into what he’s doing and the boys from the area have been making sure those players who are from outside understand how important the club is to them.

“They have been buying into that and Dwayne has been great in building a culture and making everyone understand how lucky we are to be playing for such a great club.”

The Scarlets open their URC campaign at home to the Ospreys on Saturday, September 17 at 5.15pm.

“It is an exciting fixture to start,” added Davies.

“We played them at the end of the year last season and at half-time we probably thought the job was done.

“Credit to them they gave us a proper hiding in the second half and that hurt. To have the opportunity first game up to go against your local rivals is great.

“It will really give us a sighter of where we are at and hopefully all this hard work will ensure we are in a good spot.

“It’s a great occasion, we have a decent kick-off time so hopefully we can get a good crowd in. It is an exciting fixture.”