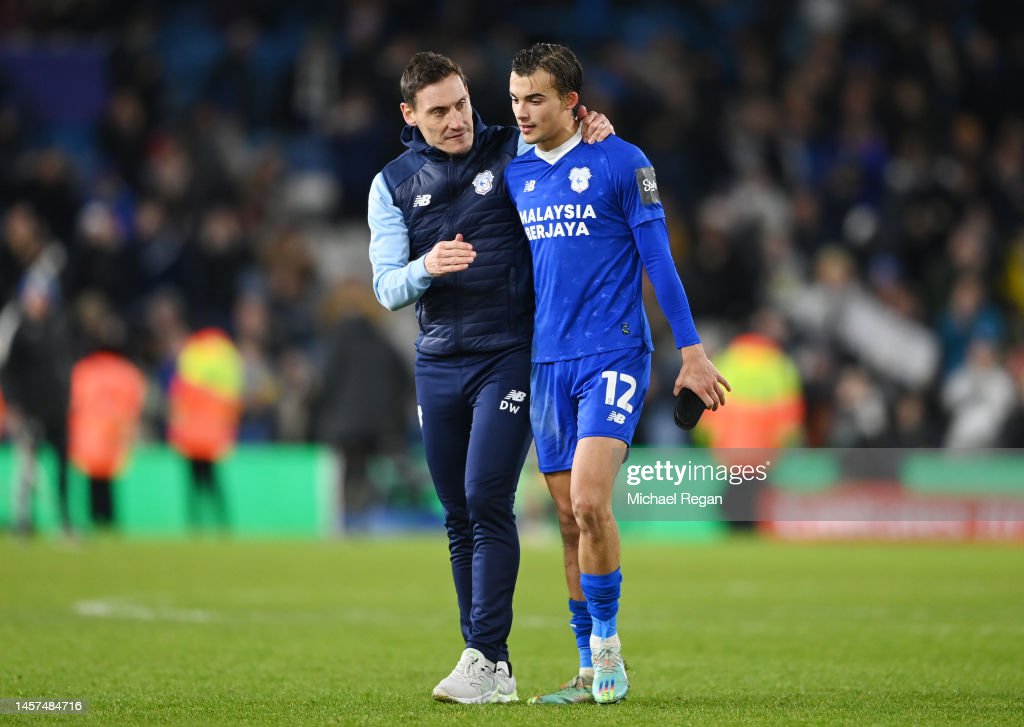 Dean Whitehead has admitted his stewardship of Cardiff City got off to the worst possible start.

The caretaker Bluebirds boss was on the wrong end of a 5-2 hammering by Leeds United in their FA Cup third round replay at Elland Road.

Whitehead – installed as interim manager at the crisis club after least week’s sacking of Mark Hudson – revealed he will be in charge of this weekend’s crunch Championship match at home to Millwall, but is in the dark over the club’s long term plans.

“It’s tough, but everybody wants to win games and we’ve got to do that very quickly,” said Whitehead.

“I’m going to do it [the interim manager role] until I get told otherwise. We’ve got a bunch of players and staff here who work very hard.

“Yes, we lack in areas – of course we do – but we’ll work our hardest to get points on the board and move up that table. We’ll go into Saturday and we’ll see what happens after that.

“The ownership has no idea what it’s doing” 🤨

“I have no idea where they go from here” 😩

Cardiff have sacked Mark Hudson!@JustinPeach27 says it’s not surprising, because the club’s in a state👇#CardiffCity pic.twitter.com/mIInOPTJ34

“The league table tells us where the club is right now. We need wins and we need wins quick. We will be prepared and ready for Saturday. We have to start getting results and results quickly.

“The board said to me that Saturday is really, really important, so we picked the team (against Leeds) for that reason, and our focus now is purely on Millwall and getting a positive result against them.”

Wilfried Gnonto got the hosts off to the perfect start with an exquisite scissor kick after just 26 seconds and it was 3-0 with 36 minutes gone, thanks to a second from the Italian teenager and Rodrigo’s 12th goal of the season.

Cardiff’s Curtis Nelson thought he had found a slim chance of a way back into the game before the break, but his header was ruled out after a VAR review.

Patrick Bamford then came off the bench at half-time to score two goals in five minutes, taking his tally to three in two games after his first of the season in the defeat to Aston Villa on Friday.

Callum Robinson pulled back a consolation for the visitors and then converted a late penalty with effectively the last kick of the game to reduce the deficit, though it was all too little, too late.

Whitehead: added: “It was the worst possible start. We made mistakes in the lead-up to it, but it was a quality ball and a quality goal from a top player.

“I think, particularly in the first half, Leeds were good, but we made it very, very easy for them, at times.

“When we pressed, we didn’t all press together, we left big gaps and good players take advantage of that.

“We addressed it at half-time, changed the shape and started the second half much better. Again, made some mistakes, but we finished with the positive of two goals, which will be great for us moving into Saturday. This bunch of players don’t give up in any game.”

Victory for Leeds – their first since November 5 – sets up a fourth-round clash away at either Boreham Wood or Accrington, who play one another in their replay on Tuesday January 24.