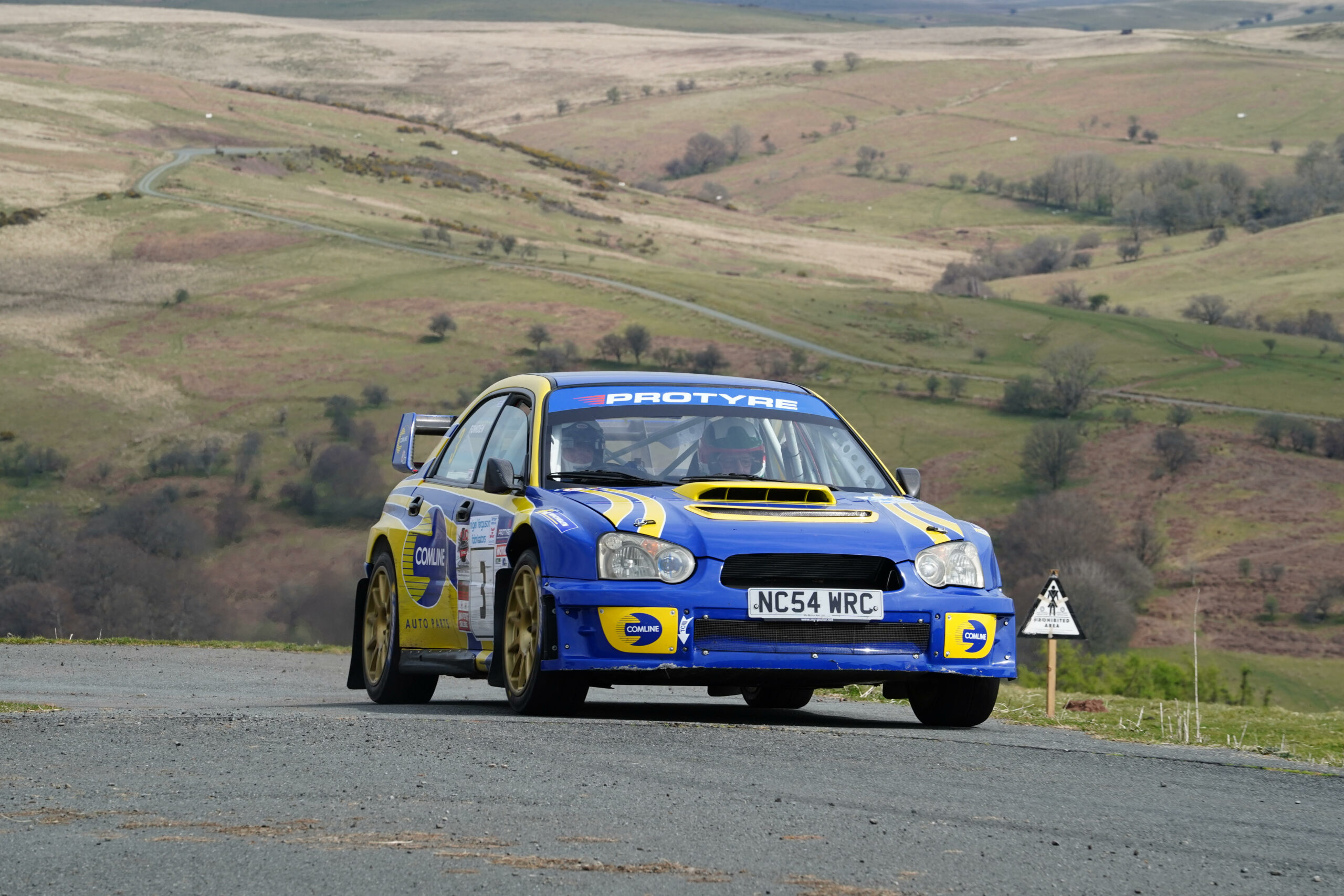 It’s been a busy start for competitors in the JD Tyres Welsh National Tarmacadam Championship as they faced their third event in a month when they tackled Port Talbot Motor Club’s Nigel Ferguson Fabricators Tour of Epynt.

As had been the case on the previous round, the SMC Stages, the battle for leading Welsh contender was between multiple Welsh champion Bob Fowden and Wayne Jones.

Things didn’t start well for Fowden and co-driver Aled Davies, with the pair suffering with a faulty intercom, leaving Fowden unable to hear the pace notes over the opening stages and preventing them from going as fast as they would have liked.

Not helping either was an intermittent handbrake issue, but things did get better when they altered their Subaru Impreza S11 WRC’s anti-lag settings and they finished the event as first contestants home.

With Rhys Jones navigating on this occasion, Jones and Fowden were never separated by more than a handful of seconds up until the penultimate stage, when Fowden increased his lead to 11 seconds.

Despite putting in a big effort on the final test of the day, Jones could only claw back seven seconds from his rival and had to be content with second contender for the second event running and now lies four points behind leader Fowden in the Welsh Championship standings.

Following their retirement on the last round, Dave Willett/John Davies didn’t make quite the start they wanted, finding the suspension settings on their Ford Escort Mk 2 to be a bit soft for the conditions.

With the settings altered, things went better for the rest of the day as the pair ended the day second in class behind Jones and third Welsh Championship contender.

Making a welcome return to the championship was Rob Tout.

The former Welsh champion had a good run in his Mitsubishi Lancer Evo, as he and Terry Martin finished second in class and fourth Welsh crew.

Fifth driver to finish was Daniel Jones, who took maximum class 3 points and was first of the under 25 drivers to finish in a Renault Clio ahead of last year’s champions Neil Jones/Alan Thomas in their Vauxhall Astra.

Once early brake problems had been rectified, Will Mains/Claire Williams had a good run to take their customary 1400cc class win in their Vauxhall Nova, whilst Mike Pugsley/Marc Clatworthy were first of the class 4 finishers in their Ford Escort RS2000 Mk1.

The Tour of Epynt was also the first round of the Welsh Association of Motor Clubs organised King of Epynt Challenge, which runs over the three rallies held on Epynt this year.

Whilst it was no surprise to see former champion, Damian Cole emerge as first contender home, what made his achievement more notable was that his youngest daughter Charlotte as calling out the pace notes for the first time, and their Škoda Fabia R5 led the field home.

They were followed by Fowden and Jones, with Richard Clews having a problem free run to fourth in a Subaru Impreza, whilst Anthony Morgan, who had local Jonathan Hawkins alongside, was hampered by gear selection problems in his Darrian T90, but nonetheless was fifth contender to finish.

Other notable performances came from James Williams/Dai Roberts who survived a spin into a straw bale chicane on stage one to finish top Welsh crews home in the Protyre Motorsport UK Asphalt Rally Championship – picking up third placed points in their Hyundai i20 R5.

Tom Llewellin had a wonderful Epynt debut, winning the Protyre Asphalt Historic and Junior classes and coming home second in the Ford Escort Challenge in his Weir Rallying Escort Mk2.

Lloyd Morgan/Ellie Williams were having a good run in only their second rally in their Dynamic Fluids Citroën C2 R2 Max but were forced out then a driveshaft snapped with just two stages remaining.