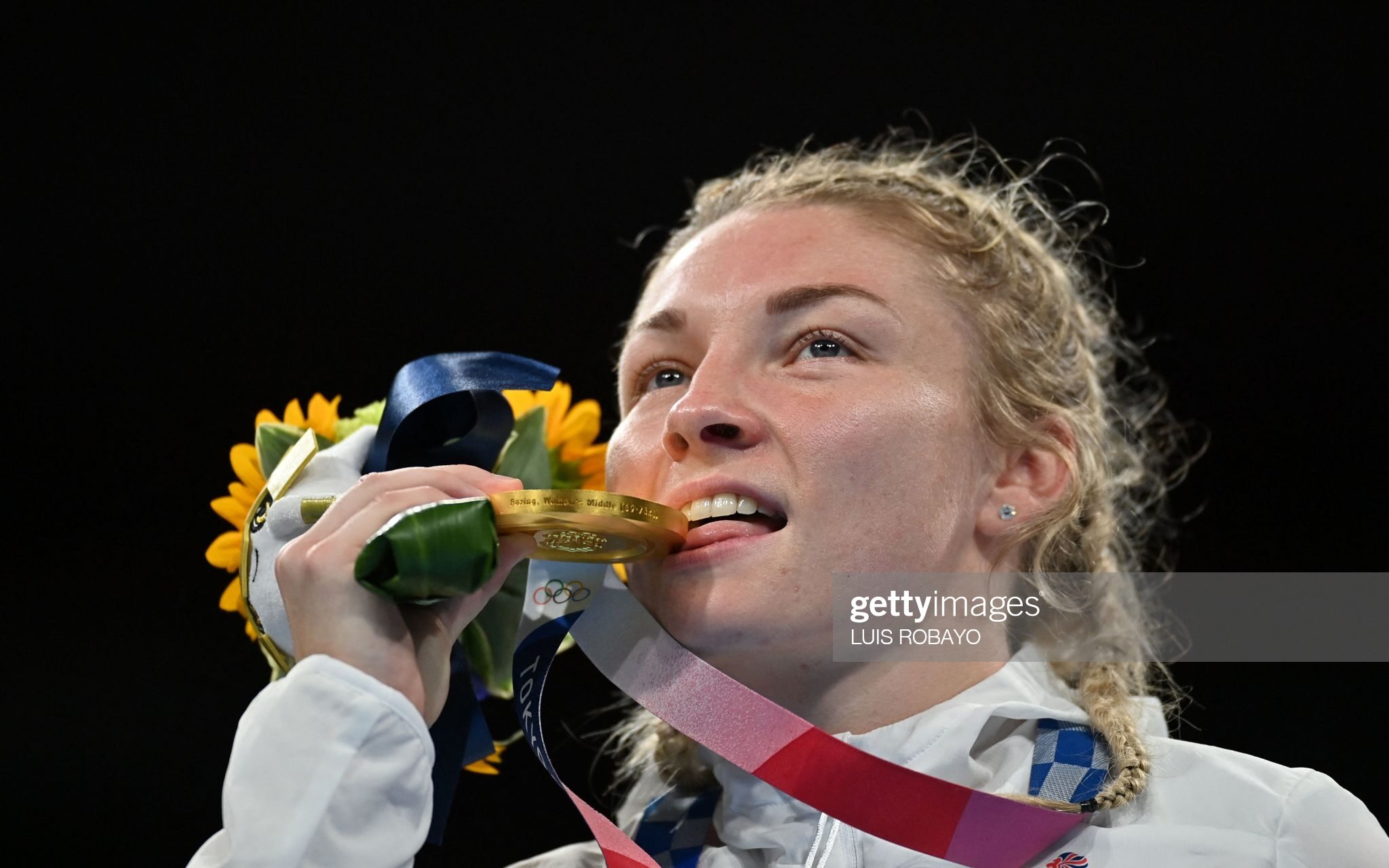 Welsh boxing star Lauren Price created history for both herself and her country at the Olympics as she became the first person from Wales to win a boxing gold medal.

Price who lives in Ystrad Mynach, battled her way to Olympic glory in the women’s middleweight final early on Sunday morning, defeating China’s Li Qian to take top spot on the podium but her route to success has been a rather unusual one to say the least.

When she opted to chase her dream of Olympic boxing glory over her promising club football with Cardiff City, she helped make ends meet by driving a taxi at weekends.

In an interview with the Duke of Cambridge ahead of her final bout, she said: “I picked up all the drunks on a Friday and Saturday night.”

He laughed: “I bet they didn’t mess with you, Lauren.”

The late-night revellers picked up in gold medal-winning boxer Lauren Price’s taxi were so in awe of her they never gave her any trouble, her aunt has said.

Her aunt, Alison Morris, 44, told the PA news agency that Price had never taken any nonsense from her passengers in the Welsh valleys.

“Everybody knows Lauren throughout the country,” she said.

She joked her niece is a “bit of a celebrity” and getting in her taxi was something of a treat for locals.

Ms Morris said Price’s family are “ecstatic, elated, over the moon and all the other words that you can use to describe how extremely happy you are”.

Price was raise by her grandparents from just three days old because her own parents were unable to look after her.

Her grandmother, Linda Jones, 68, is Price’s biggest fan but is unable to watch her fight because she gets too nervous.

Former British Champion, Colin Jones is the head coach of the Welsh amateur boxing team and he says Lauren is a pleasure to work with and her dedication is second to none.

“She’s been very successful and I think everyone in Wales is thrilled about what she’s done,” said Jones.

“She’s 110% committed to everything she does, nothing is too much for her, that’s how she’s got to where she has today.

“She’s gone the extra mile, she’s always has done and always will do.”