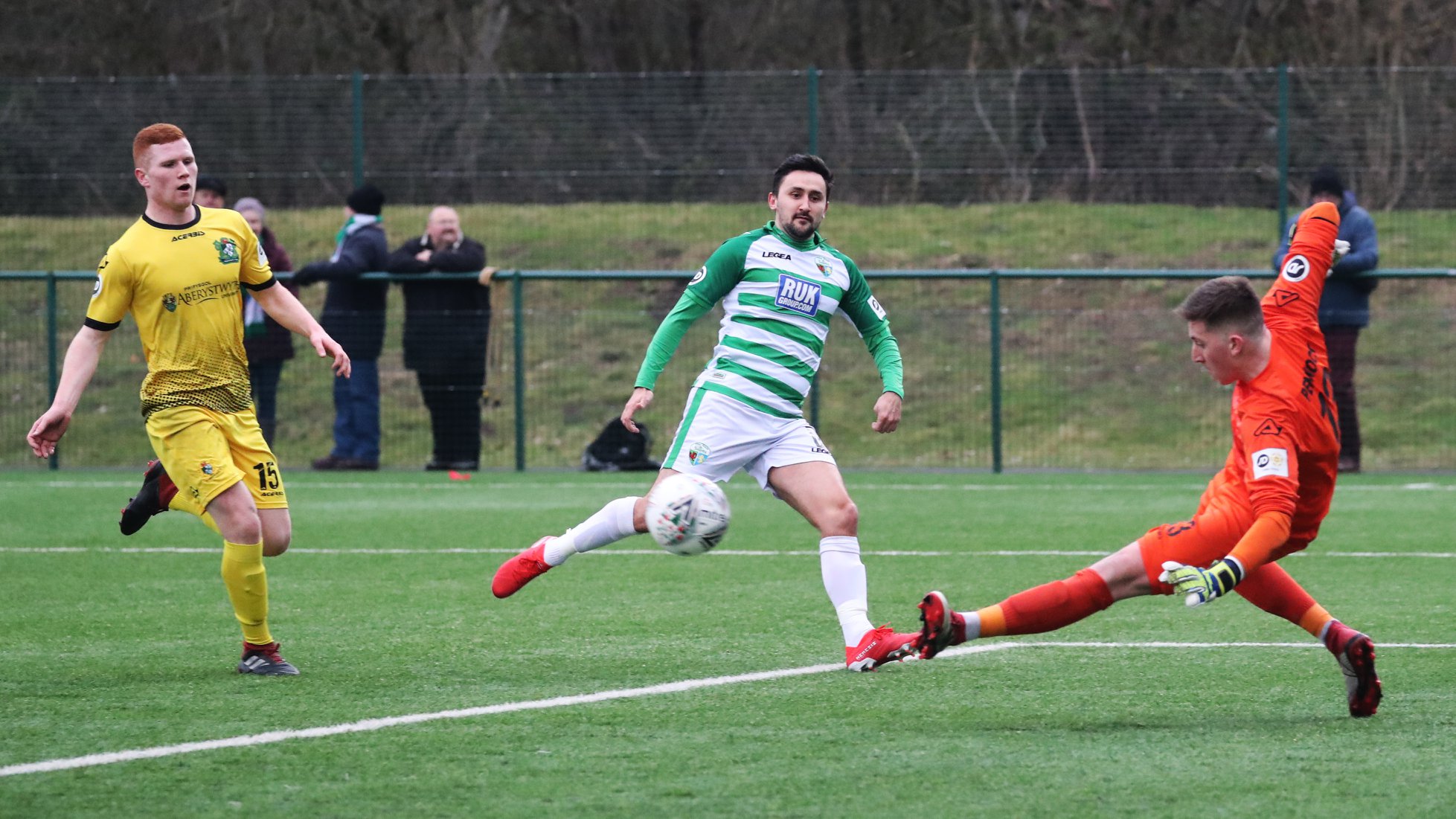 The New Saints will take a slender 1-0 lead into next week’s second leg against Linfield in their Champions League first round qualifier, after Ryan Brobbel’s deft finish and a man of the match display from goalkeeper Connor Roberts secured the Cymru Premier side an encouraging victory at Park Hall.

For much of the opening half, Saints and Linfield played out something of a midsummer stalemate with both teams showing just momentary glimpses of attacking promise.

Saints typically enjoyed the majority of possession but unlike their domestic encounters, they struggled to prise a way through a disciplined Linfield back-four that grew in confidence as the game wore on.

And despite their lack of offensive output, Linfield almost snatched the lead late in the half when Stephen Fallon’s shot rebounded out to Matthew Clarke, who saw his attempt headed back out from underneath the crossbar by a well-positioned Keston Davies.

Saints’ struggles to unpick the Linfield defence continued into the second period and just as it seemed they might be running out of options with their current personnel on the field, Brobbel cut in from the left on 57 minutes and slipped past his marker, before poking the ball into the bottom right corner, with goalkeeper Chris Jones’ feet planted to the ground.

Perhaps mindful of next week’s second leg, Linfield were measured in their response to trailing and refrained from committing bodies forward in search of a reply.

Yet, Saints will have Roberts – who cut an increasingly composed figure in the game – to thank for thwarting Robbie McDaid, as the Linfield striker latched onto Joel Cooper’s splitting through ball.

Substitute Kyle McClean was half a step away from what seemed a certain Linfield equaliser in the closing stages, but was unable to get a clean connection as a deflected ball fizzed just beyond his stride, in front of the gaping goal, as Saints held onto their valuable lead ahead of next week’s return game in Belfast.