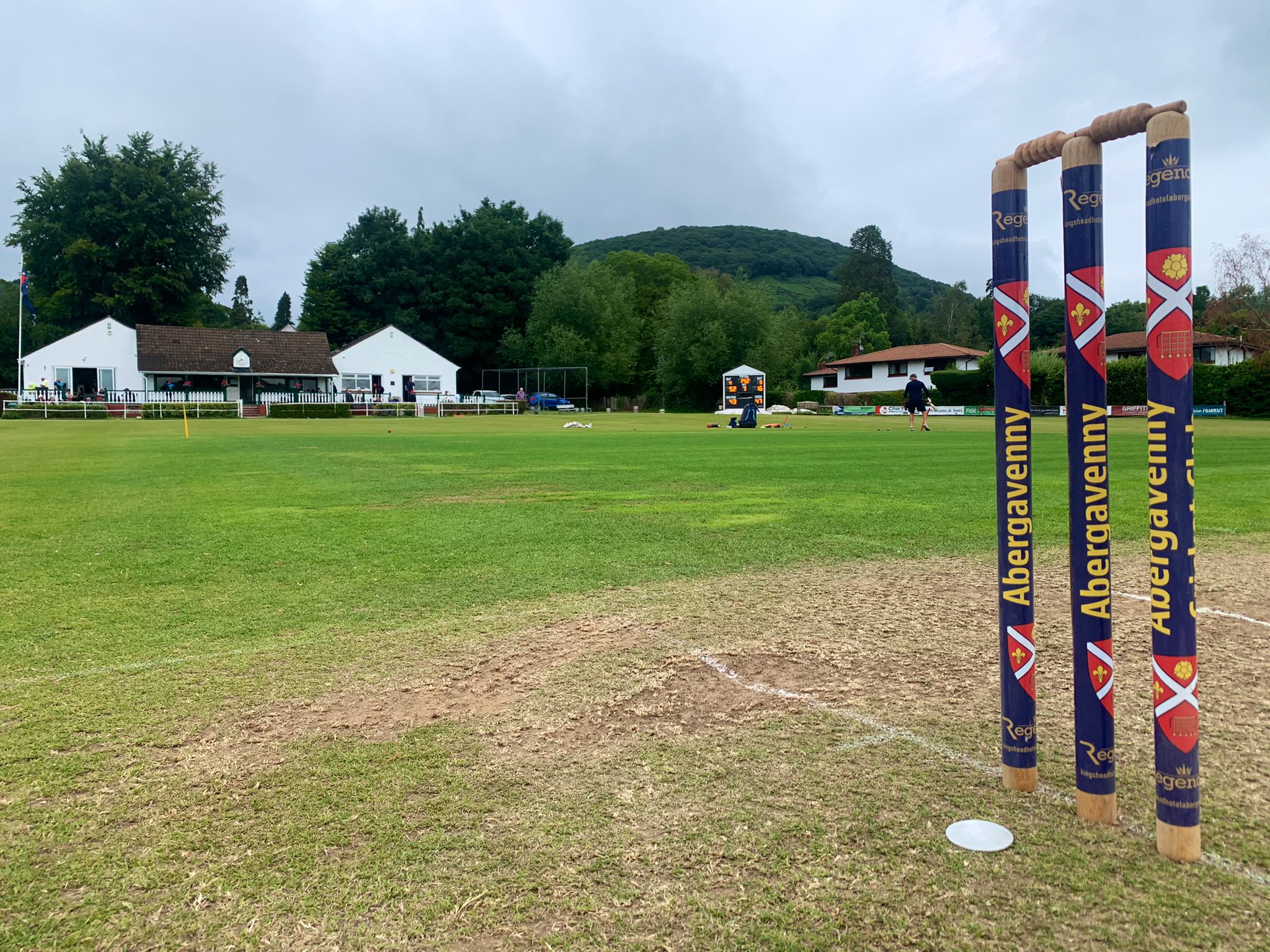 A short but intriguing final day is in prospect at Abergavenny where Wales NC need three wickets and Devon 43 runs for victory in Western Division Two.

In a match of constantly fluctuating fortunes, the all-round performance of Wales’ Brad Wadlan looks like proving decisive.

Having made a century on the first day, Wadlan took six for 18 with his left arm spin as Devon lost their last seven first innings wickets for 50.

Wales struggled in turn, slumping to 123 all out in their second innings with Kaz Szymanski, the former Glamorgan pace bowler, taking three wickets.

Devon then ran into trouble against Wadlan for the second time in the day, subsiding from 31 without loss to 85 for six.

If you can’t get to the Test Match tomorrow then @AbergavennyCC is where you need to be!@DevonCricket require 43 to win with 3 wickets remaining!

We’ll hold off on the records for now, but Brad Wadlan gives his thoughts on the state of play…

Wadlan ended the day with five more wickets and match figures of 11 for 56 with power to add but Elliot Hamilton denied Wales a two-day win and kept alive Devon’s own victory hopes by making a defiant unbeaten 52.

Lincolnshire were the first winners in this season’s National Counties Championship with an eight wickets success against Suffolk in their Eastern Division One opener at Bury St Edmunds.

Lincolnshire trailed by 38 on first innings but their new ball pair of Curtis Free and Mark Footitt ripped through Suffolk who were shot out for 84 in their second innings.

Free finished with five for 31 and Footitt, the former Nottinghamshire, Derbyshire and Surrey left-armer, four for 35.

Lincolnshire lost openers Jack Timby and Joe Kendall early but Tom Keast saw them home with his second half-century of the match which dominated an unbroken third wicket partnership of 88 with Ben Wright.

Devon reached tea 20-0, but two wickets in three balls have pegged them back courtesy of (yes that man AGAIN!) Wadlan.

If you’re in the area, pop your head in to watch a fascinating session!

Seamer Dan Gibbs put Staffordshire in control against Bedfordshire at Dunstable with a five wicket haul on his Championship debut.

The Porthill Park bowler took five for 22 which reduced Bedfordshire to 43 for seven in their second innings, a lead of just seven.

Fuller was bowled by Tom Moulton but Kettleborough was still there at the close unbeaten on 85 but with Bedfordshire 98 ahead and with only two wickets intact.

Earlier Tim Maxfield (93) and career-best Championship innings of 80 from Dan Richardson and 61 not out from Paul Byrne rallied Staffordshire from 43 for seven to 359 for nine.

Bevan is now the 5️⃣th Wales NC player in the last season and a half to make a @GlamCricket squad. Others being:

Gibbs also played his part, making 27 in a ninth wicket stand of 55 with Byrne which gave Staffordshire a handy first innings lead.

Defending champions Oxfordshire still have work to do on the final day of their Western Division One match against Cheshire at Alderley Edge.

Oxfordshire lost their last five first innings wickets for 44 against the wily slow left-arm of David Wainwright (four which meant that they trailed by 57 on first innings.

Worcestershire seamer Ben Gibbon went wicketless in his first bowl of the season for Cheshire.

Oxfordshire fought back well to dismiss Cheshire for 199 in their second innings with Prav Chahal taking four for 21, his best Championship figures.

Needing 257 for victory, Oxfordshire made a solid start thanks to acting-captain Harry Smith who was unbeaten on 78 as they closed on 119 for three.

Superb performances all round – Romano Franco – Player of the match 40 off 39 balls – 2 stumpings and a great assist on a run out pic.twitter.com/vPhKk22U2j

Hampshire opening batter Felix Organ impressed with the ball for Dorset against Herefordshire at Eastnor.

Organ took five for 113 with his off-breaks which helped Dorset secure a first innings lead of 39.

Worcestershire opener Josh Dell continued his comeback by making 36 for Herefordshire before he was snared by Organ.

Organ then featured in his more familiar role, making an unbeaten half-century as Dorset extended their lead to 180.

Cambridgeshire fought back bravely against Hertfordshire in Eastern Division Two at March where they trailed by 271 runs on first innings and appeared to be hurtling towards a two-day defeat when they slumped to 31 for three in their second innings.

Wayne White led the fightback with 94 with support from Lee Thomason in a fourth wicket partnership of 105.

ICYMI We hosted nearly 100 girls from the @GuidingCymru movement @SophiaGardens last night. We're fully behind the Welsh Fire Women's & Men's teams in @thehundred & excited to be offering so many opportunities for girls to try cricket 🙌https://t.co/kDvConvWkn #WeAreWelshCricket pic.twitter.com/bs9bBwczT1

Cambridgeshire were 91 in arrears when they lost their sixth wicket but Ben Seabrook and Ben Clilverd took them into credit with an unbroken seventh wicket stand of 114 in the last 29 overs of the day.

Siddall followed up his six first innings with five in the second to finish with career-best match figures of 11 for 109.

Once again it was Fin McCreath who led the resistance with his second half-century of the match but Northumberland trailed by 71 on first innings after Nico Watt had made his maiden Championship 50 for Cumbria.

Cumbria were 17 without loss at the close needing 118 more for victory.

Honours are even at Corsham where Wiltshire coach Tom Morton gave his players a practical batting demonstration by making 75 not out in their second innings against Shropshire.

With a second half century of the match from Jake Goodwin and support from Chris Aubrey, Wiltshire closed on 269 for seven, a lead of 230.

David Laird made a maiden Championship half century in Shropshire’s first innings which, with support from Ben Lees and Sam Ellis, gave them a small, but useful, lead.