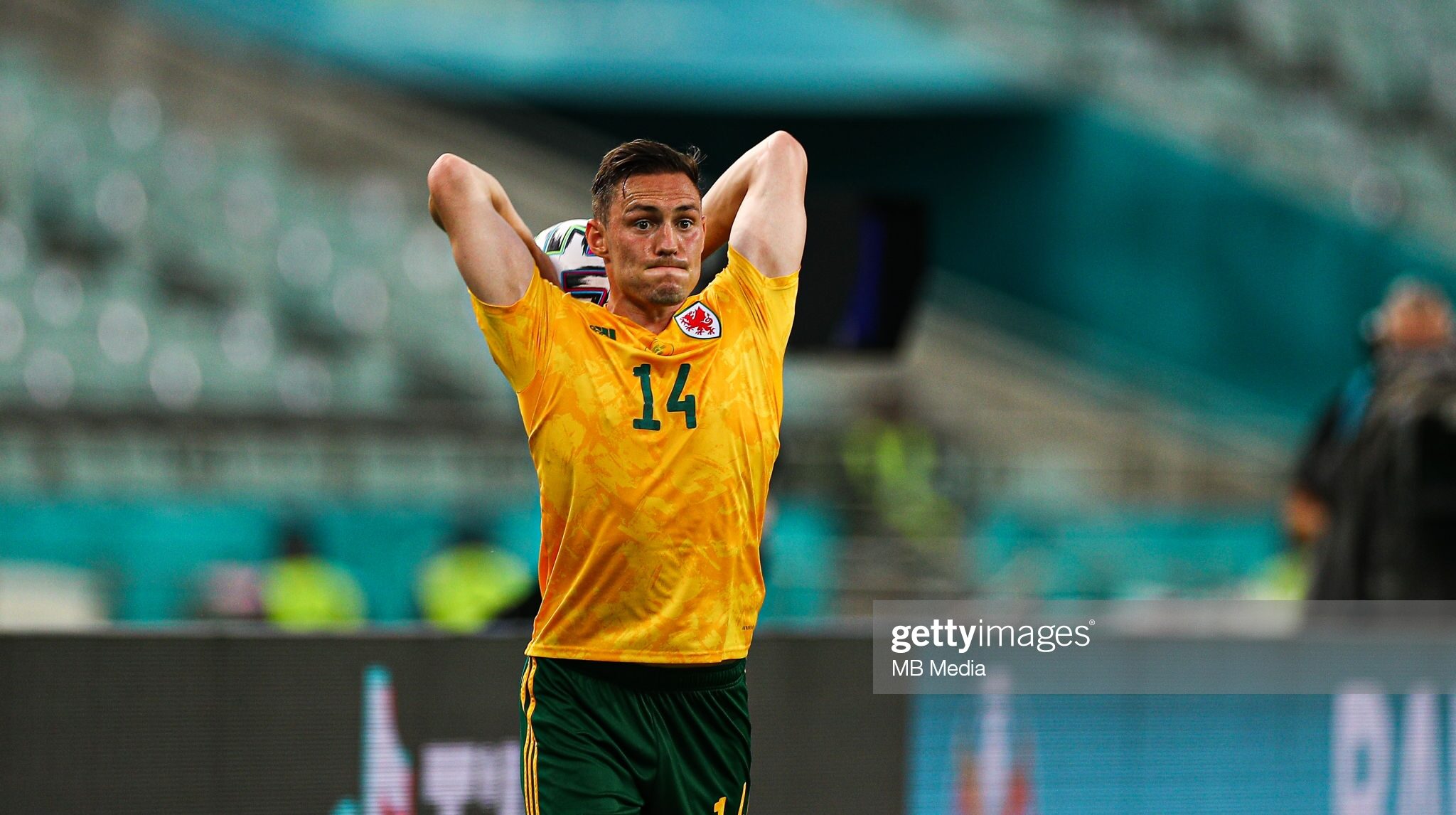 Connor Roberts playing for Wales at the Euro's.

Connor Roberts says Aaron Ramsey’s inclusion in the Wales squad has given the whole team a “massive lift” ahead of their upcoming World Cup qualifiers against the Czech Republic and Estonia.

Ramsey has only featured in three league games for Juventus so far this season due to issues with his fitness and current club form.

Since March, he has played more minutes for Wales (447) than Juventus (378). This is even more surprising when taking into account his withdrawal from Wales’ matches in September.

But, Roberts has no doubts about Ramsey’s form when it comes to representing Wales and he is hoping the 30-year-old can fire Wales to two key victories in their quest to qualify for the World Cup.

“He’s missed the odd camp here and there,” says Roberts.

“But you’ve seen at the Euros, the Turkey game when he was there, when he’s firing and playing for Wales, he’s one of the best about.

“Hopefully he can play for us on Friday, and we can get him on the ball and he can show us what he’s all about again and carry us to a good result.”

Roberts is also on his way back to full fitness after injuring his groin during Wales’ defeat to Denmark in the last 16 of the Euro’s.

He is yet to feature for his new club Burnley, but he insists he is ready to play a part for Wales in their upcoming matches.

“I’ve played a couple of under-23s games and trained for a couple of weeks,” says the former Swansea defender.

“I know my body and I know what type of person I am.

“I feel pretty much 100 per cent ready to go, ready to play my part.

“But it’s been the most emotional three months of my career by far.

“I don’t expect to play both games and start both games because I haven’t played a senior match since the Denmark game.

“Hopefully I can play as many minutes as I can for Burnley and keep on playing for Wales.”