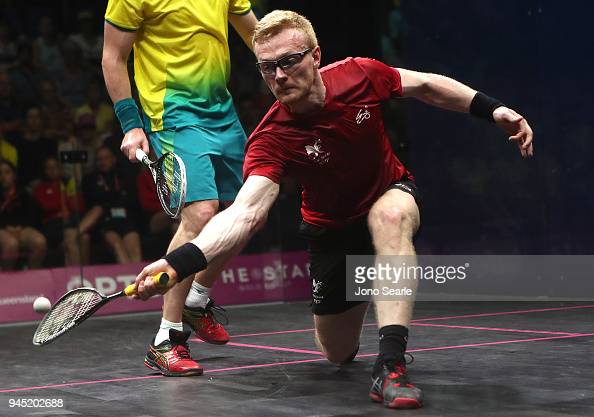 Momen said: “He’s unreal, he never gives up, it’s one of the best qualities he has, and I don’t think anyone on tour has this quality, the way he fights despite being extremely tired and fatigued is just unreal.”

“The way he was fighting kept me going, I was thinking ‘Look at what he’s doing, look how hard he’s pushing, you need to push hard as well’. I think he just lifted me up today… I’m really proud with how I fought today, the fourth and fifth games were super tough.”

Momen and Mostafa Asal both fight to win their first Platinum titles and Momen will look to win after his defeat to Asal at the Oracle NetSuite Open two weeks ago.

The Welshman has reached the US Open last four for the first time and was happy with his strong performance at the back end of the tournament against Asal.

“I was frustrated coming into it, I’ve lost in too many quarter-finals now and I’m not happy staying around there,” Makin said.

“I brought a lot of intensity into the match and I took it to him.

“I don’t want the match to be us saying ‘great shot’ and clapping each other’s shots, I wanted to take it to him, get across the middle and dominate the court.”

Seventh seed Elias’ prospects of an upset looked slimmer when ElShorbagy comfortably claimed the first game 11-5, and the ‘Peruvian Puma’ was under the thumb in the second, but held firm and eventually took it 11-8.

He then claimed 11-4 and 11-1 victories in the third and fourth to secure a place in the last four.

Asal will face Elias for a spot in the final, while the highest-ranked player left is the Egyptian world number four Tarek Momen, who ended the run of 38-year-old Englishman James Willstrop, the oldest player to reach a quarter-final at a major PSA event.