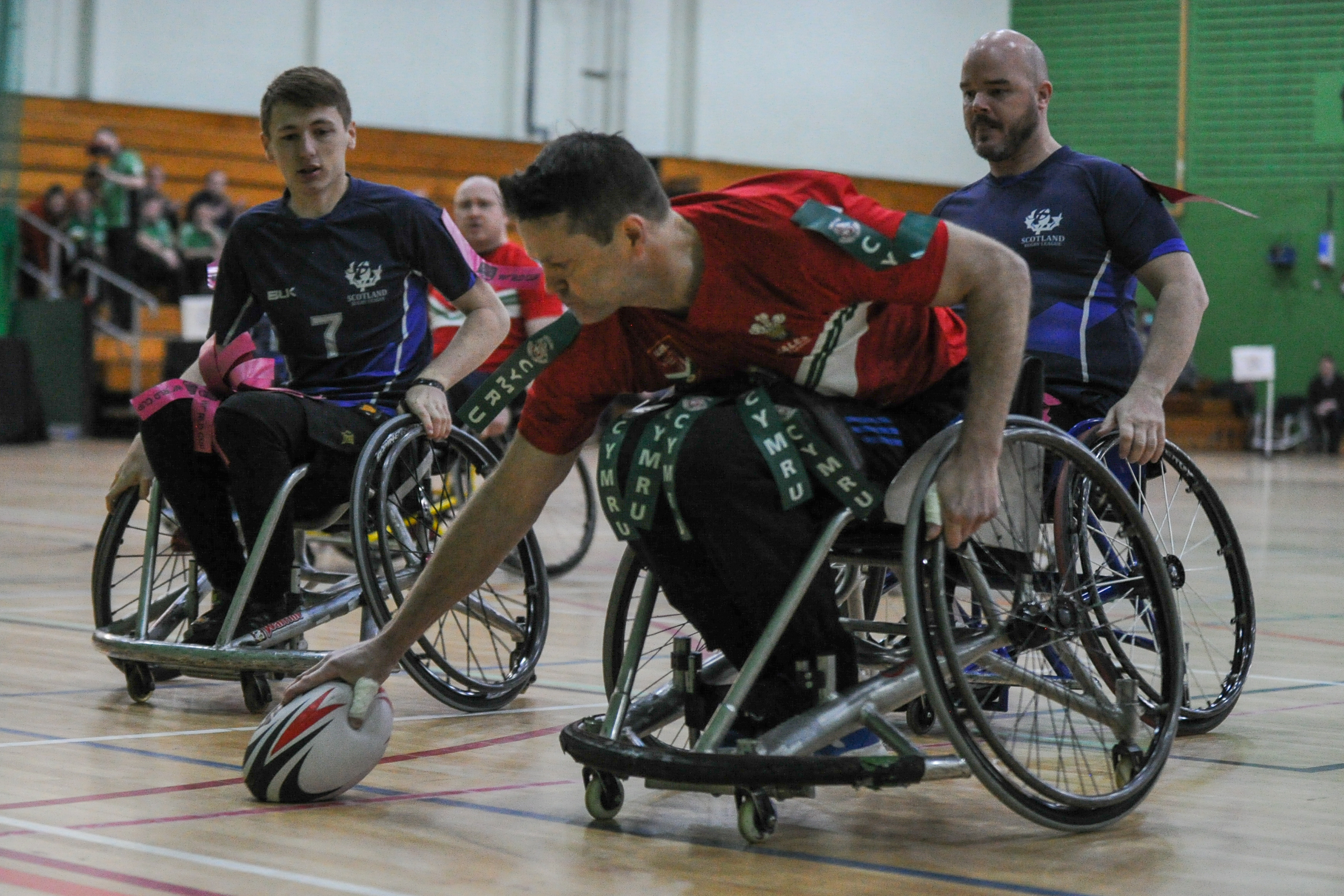 Cardiff Blue Dragons have given Wheelchair Rugby League in Wales a huge boost by launching a team to add to their ever-expanding player base in the capital.

Players are now being recruited by the club during lockdown in readiness for training to start later in the year.

Former Wales Wheelchair international side head coach Alana Sargent has been appointed as head coach of the Cardiff Wheelchair side.

She has been involved in the sport since 2012 where she was head coach of Swindon St George, she coached Wales to their first of their Celtic Cup wins in 2016.

Sargent is also currently the Head of Wheelchair Match Officials in Wales and is on the technical advisory team for the forthcoming Wheelchair Rugby League World Cup.

“I have been hooked on Wheelchair Rugby League since the first time I got involved, especially as it is so alike to the running game, but with a few well thought out adaptations,” said Sargent.

“I am passionate about sports, health, fitness and inclusion and am really honoured and excited to be appointed as head coach for Cardiff Blue Dragons new Wheelchair team. With a real vision around equality and inclusion, it’s great be a part of Wales’ biggest Rugby League club’s further expansion.”

Louise Morgan, Head of Development for Cardiff Blue Dragons, said: “This an exciting new chapter in our club’s history.

“Cardiff Blue Dragons exists to push our sport of Rugby League throughout Cardiff and get players of all backgrounds to take part and compete. I’m delighted to welcome our new coach Alana to the Dragon Family as we continue our expansion.”

The club will also intend to build on Cardiff’s long and proud international caps collection, as qualified players will look to trial for Wales’ national team for this year’s Rugby League World Cup once the infrastructure of training, team building and league matches has started.

“Cardiff Blue Dragons are a perfect example of this. As a governing body we are working with Sport Wales to fund the future growth of Wheelchair Rugby League and I look forward to the Blue Dragons developing more international players for us.”