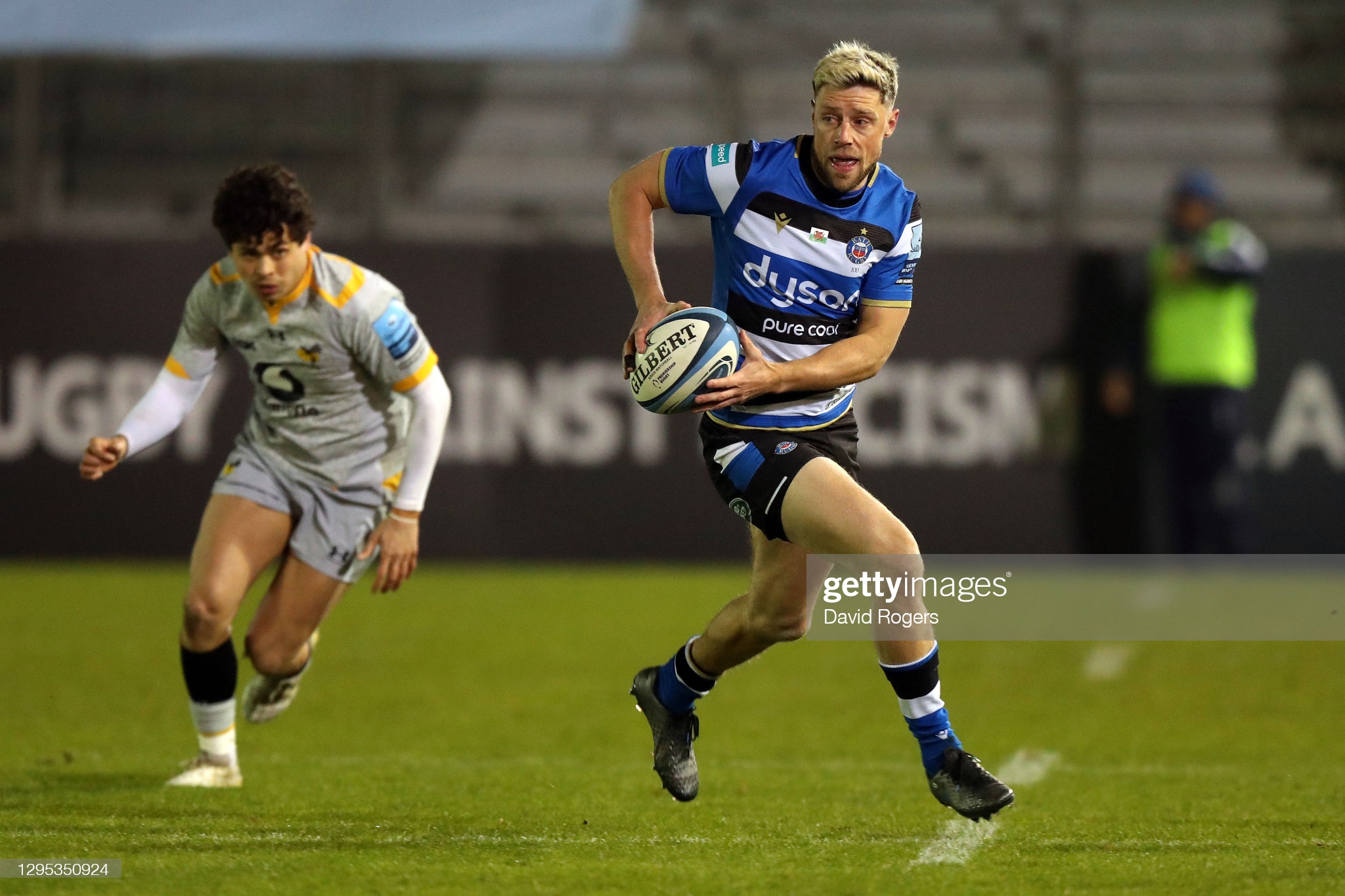 Dai Young insists the arrival of Rhys Priestland at Cardiff Blues will help develop Jarrod Evans – rather than drive him away.

The Blues have confirmed that Priestland is moving to the Arms Park this summer after six seasons at Bath.

The 34-year-old former Wales No.10 has signed a long-term contract at the Arms Park, where he will challenge Evans for the pivot role.

But interim head coach Young believes Priestland can help get the best out of Evans, rather than replace him even though the current Wales squad player has yet to sign a new contract to replace the one that ends this season.

“It is important to have quality players competing for every position and Rhys will bring further strength and depth to our options in the No 10 jersey and drive standards,” said Young.

“He brings an abundance of experience and, having worked in the Premiership for so long, I’m very aware of the qualities he will bring to the Blues. He is a first class goal-kicker, has a quality tactical kicking game, he’s a great distributor, he can run an attacking game and is also sound in defence.

“He is experienced, very professional and will relish competing for a starting spot at the Arms Park, while also helping young players develop their all round games.”

Having notched 810 points in 109 games for Bath since leaving the Scarlets, Priestland has become a key cog in the west country club’s side.

With 150 appearances for the Scarlets behind him before he headed across the Severn Bridge, the man who helped to guide Wales into the semi-finals at the 2011 World Cup, win the Grand Slam in 2012 and score 103 points in 53 Tests for Wales is well used to regional derbies and playing in the PRO14.

“I have loved my time at Bath. I needed a change of environment and possibly stayed at the Scarlets a year too long but moving here has been great for me,” said Priestland.

“Some of the coaches and players I have had the opportunity to work and play with has been great, I have learnt a lot and enjoyed playing in the Premiership.

“However, now is the right time to come back to Wales. The Blues have a really exciting squad and some talented young coaches who I know well, like Richie Rees, Tom Smith and Dwayne Peel, who will also be joining next season.

“Everyone speaks very highly of Dai and he has achieved some great things in the game as a coach with the Blues and Wasps. I’m really looking forward to hopefully working for him.

“I still have plenty to give on the pitch and I look forward to competing for a starting jersey and to hopefully passing on my experience in the game.”

Meanwhile, Welsh international outside-half Sam Davies has signed a new long-term deal to extend his stay with the Dragons.

The 27-year-old former World Rugby Junior Player of the Year has notched 217 points in 27 games for the Dragons to date since joining from the Ospreys in the summer of 2019.

The switch allowed him to link up for his former Wales U20 half-back partner Rhodri Williams and World Junior Championship U20 final team mates Jack Dixon, Owen Jenkins and Jordan Williams.

“It’s good to have some security in place with the new contract and I’m really looking forward to seeing what the future holds at the Dragons,” said Davies, who currently sits in ninth place on the Dragons all-time scoring charts.

“It has been an uncertain time for everyone in the world, so just getting the deal done has been a weight off my shoulders. I just hope things can get back to normal for next season and we can look at setting some proper goals.

“I really enjoyed my first season at the Dragons when we really started to build something. We know that deep down we are a good team and this season we have been searching for some consistency in tough times.

“Clearly this season has been an unusual one for all of us and we’ve definitely missed the fans, who play such a huge part for us.”

The announcement of Davies’ contract extension comes hot on the heels of the signing until the end of the season of his former Ospreys and Wales team mate, No 8 Dan Baker, and Argentine international scrum half Gonzalo Bertrano.

“It’s key that our senior players want to remain here, want to compete and get better with the Dragons. Sam is the start of that group committing which is fantastic news,” said Dragons rugby director, Dean Ryan.

“He took a really bold step to come here and drive us forward and that impressed me enormously. Sam has been central to our development and I can’t speak highly enough of him.”