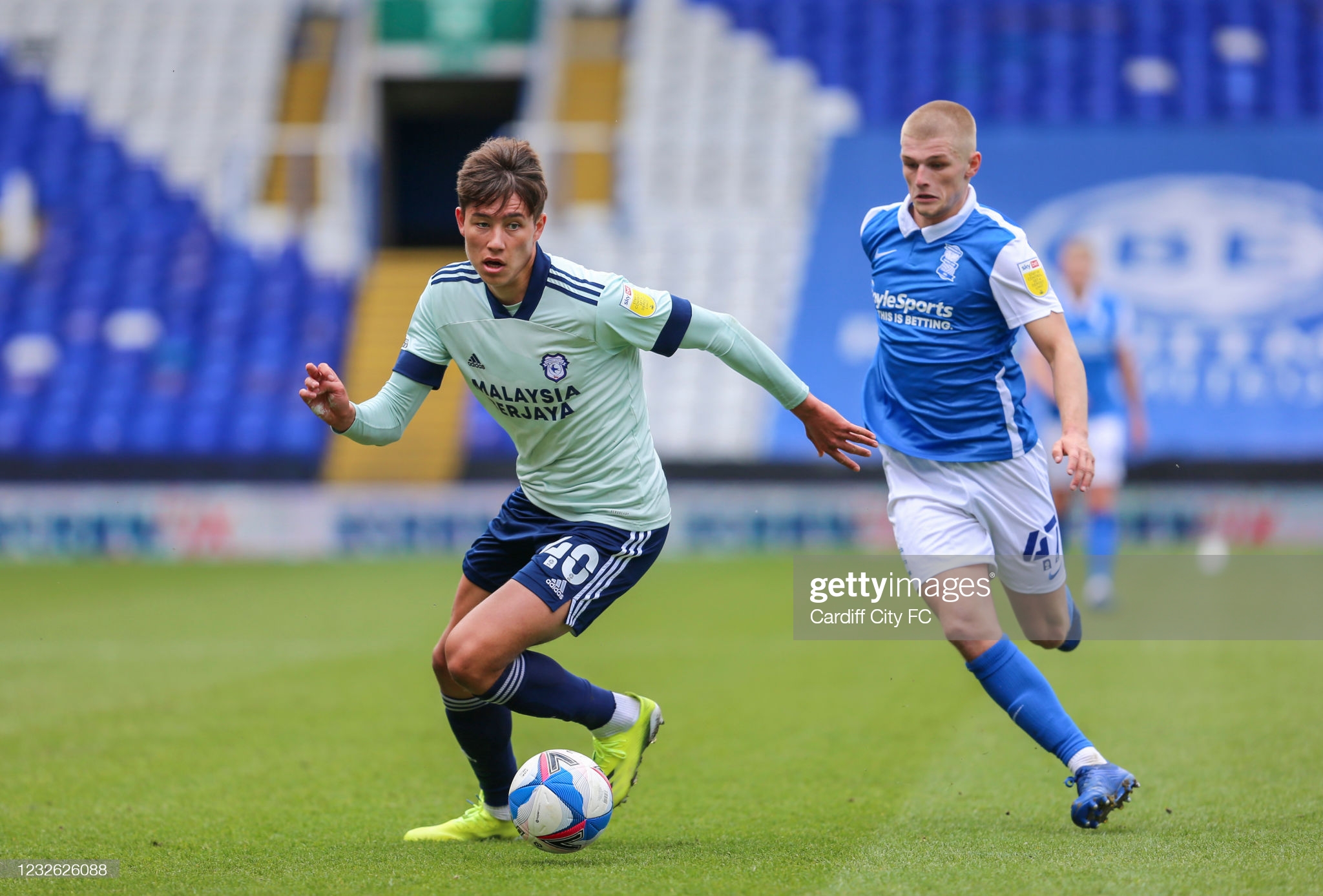 While Swansea City make plans for Wembley and a shot at promotion to the Premier League, things are a bit more low key at present for Cardiff Ciity. That’s not to say they are inactive, but Jack Price reckons home-grown talent, and its suitability for the Championship, is high on their agenda.

Cardiff City have shown a willingness to get their transfer business done early this summer but it could well be players within their own back yard they eventually spend more time weighing up.

Striker James Collins has already arrived from Luton Town and while cynics will argue his recruitment is a re-stock job before they sell Kieffer Moore, few would argue it’s cheaper to buy before sellers smell desperation.

It was a season of highs and lows for the Bluebirds. After their narrow play-off semi-final defeat to Fulham last July, many expected them to bounce back and trouble the top six yet again.

However, things did not pan out quite as planned. Barring a fleeting period of resurgence under Mick McCarthy – in which Cardiff embarked on a six-match winning streak to briefly come in contention- they barely laid a glove on the play-off positions.

Yet, despite their on-field shortcomings, there has been a beacon of light at the Cardiff City Stadium that embodies a progressive, directional philosophy and will no doubt bear fruit for years to come.

That is, of course, the emergence of academy players breaking through to the first team – a lack of which in the past has been a source of outcry from Cardiff supporters for as long as most people can remember.

Previously, the likes of Aaron Ramsey, Joe Ledley and Chris Gunter had all graduated from the Bluebirds academy and eventually went onto bigger things. But, since then, there had been very few youngsters in the capital who managed to impose themselves on the first team picture.

In fact, for a number of years, the sight of players from the youth set-up in the match day squad had been bordering on unimaginable.

Very rarely would they even make the bench and in the rare event that they did, they would never have been handed the trust to get on the pitch and make a name for themselves.

Now though, Cardiff are spoiled for choice in some positions with prospects coming through the academy and threatening first-team places

The foundations for that had been implemented prior to the current campaign; when Neil Harris took over in October 2019, one of his first mission calls was to bridge the gap between the academy and the senior team.

And that he did, handing professional debuts to Joel Bagan and Tom Sang, along with regularly naming a host of academy players in his 18-man squads.

Ultimately, his City reign concluded in misery, though it is difficult to understate the top work that he did with the club’s younger core.

His appointment of current U23 head coach Steve Morison has proved to be a masterstroke, too.

The former Millwall skipper has continued Harris’ promising progression with the academy, overseeing many of his players through to the first team fold.

Key appointments have also been conducted, with head of recruitment Kevin Beadell and head of coaching David Hughes both coming into the club.

It all points towards an invaluable vision towards the future, which is integral for any club to possess.

Throughout the season, the presence of youth was prominent. Seeing a handful of academy players featuring in the match day squad each week became customary; Kieron Evans, Isaak Davies and Sam Bowen all made the bench on a number of occasions, Mark Harris played 16 times and Rubin Colwill started his club’s final three matches.

Mark Harris has rightly earned a wide range of plaudits since breaking through to the Bluebirds first team back in November, and has been a virtual ever-present in the squad since.

In this time, he has scored three goals in 648 minutes of football and boasts the second best minutes per goal record in the squad after Kieffer Moore.

His high pressing and energy have evidently brought an extra dimension to the table when he has been on the field, so little shock followed when he recently signed a fresh two-year deal.

“I’m delighted to have agreed this deal with the club I’ve been at since the age of seven,” said Harris upon renewing his terms.

“I’ve enjoyed a very good season, but I’m not resting on it though. I want to play as much as possible and push on now.”

McCarthy also spoke highly of the talented youngster, adding: “We’ve been discussing this for a while.

“At Birmingham when he came on, he scored a really good goal and the one that tipped it for me was his last game against Rotherham. He replaced Kieffer and did a really good job on his own up front.

It has been suggested that either Harris or fellow same-age striker Max Watters would have to make way in a loan spell elsewhere, so that one of them can continue their progression.

However, the extension perhaps signifies that the former Welsh youth International will remain as a component of McCarthy’s set-up.

Harris will be competing alongside a wealth of gifted options for a role in the side ahead of next season.

In towering talisman Moore, the Bluebirds boast an indispensable player who ranks amongst the most feared forwards in the division.

Unless injured, the 20-goal man is quite literally unstoppable, yet there are other areas in which Harris could well challenge.

Collins’ arrival on a free transfer appears tidy business when you consider that the Republic of Ireland International has exceeded the 10-goal mark in each of his last five seasons.

His position in the team is yet to be clarified, with some believing that he will play second-fiddle to Moore, whereas it is also felt that he may operate in the second-striker role that we have seen Josh Murphy shoe-horned into.

That role, playing off the shoulder, is where a lot of people tend to think that Harris, with his ability to stretch defences and run in behind, would be best suited to.

Forgotten man Isaac Vassell will be vying to stake a claim, having started his Cardiff career in emphatic style before sustaining a catalogue of injuries that have kept him out of action for close to two years.

He is now well on the road to recovery and, when fit, will certainly provide some food for thought.

Meanwhile, academy star Isaak Davies had been all set to make his debut on the final day of the season against Rotherham.

McCarthy had planned to select the 19-year old in his last starting XI of the campaign. However, an injury sustained in training on the eve of the clash unfortunately ruled him out of contention.

It is believed that he will continue to be involved next term, though.

Another player who is hot talk amongst the Cardiff faithful is Rubin Colwill and he is widely regarded to have the highest ceiling of any of Cardiff’s current youth crop.

Colwill, an all-action midfielder with mazy, powerful dribbling and an eye for goal, sought to immediately captivate McCarthy and it wasn’t long before he debuted in the second tier.

“I watched him with the residual from the squad on Wednesday when he trained on Thursday and wow,” said McCarthy, who handed Colwill a place in the 18-man squad in just his second match in charge, against Millwall.

“He stood out like a sore thumb. He’s a really good presence. A big, powerful lad. But technically very good.

“And he looks like a bloke! I said to him today, ‘you’ll be a big lad when you grow up’. He’s like a fella in the dressing room.

“Then he trained with us again on Friday because I wanted to see him again. And again, he handled it no problem. I like him.”

Not long after that, McCarthy handed Colwill a first team debut in the Bluebirds’ 3-1 victory over Coventry City back in February, with the attacking midfielder coming on as a substitute in the closing stages.

Then, Colwill featured in fixtures against Derby County and Nottingham Forest before making his full debut against Wycombe, where he didn’t look a tad out of place and left supporters raving over his performance.

There is a lot of eager anticipation over what the future holds for Colwill and the rest of the academy players beginning to integrate into the senior football environment.

However, it doesn’t end there.

6 current or former Bluebirds in this photo.. and I was led to believe Cardiff City were the death of the national team👀 pic.twitter.com/QS7i8SnJnm

There is general enthusiasm, also, over Cardiff’s U18’s, many of who seem destined to progress one age group higher next term.

One – 16-year old forward Cian Ashford – has generated widespread excitement amongst those who have closely monitored his development, whilst prospects such as Taylor Jones and Ntazana Mayembe are both believed to have encouraging futures within the game.

The long-term future at the club certainly looks positive, and for the next group of youngsters at Cardiff, it simply seems a matter of when, rather than if, they will break through.