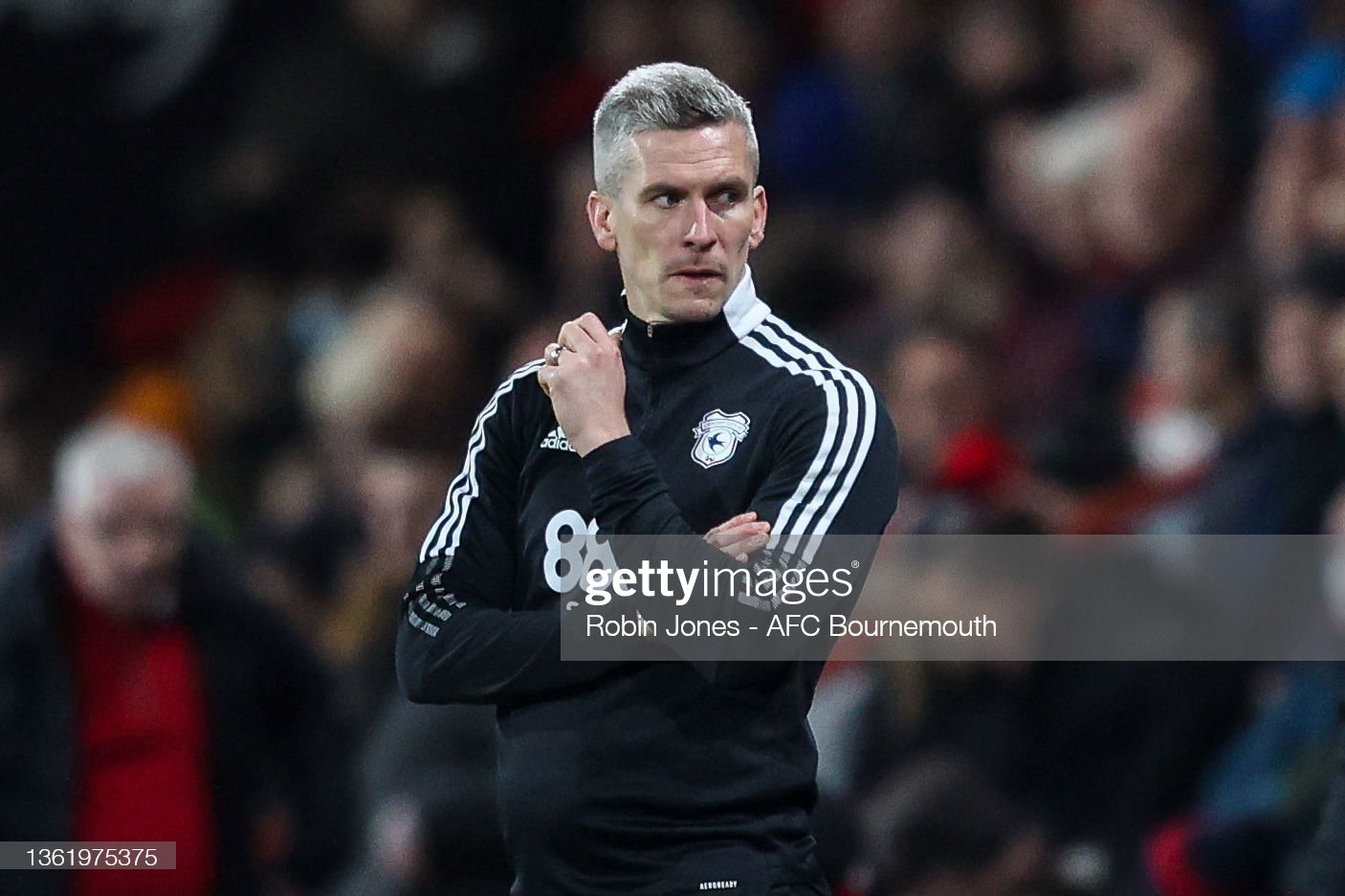 Cardiff City often appear a strange club and the sacking of Steve Morison only seems logical when viewed through a lens adjusted for all those peculiarities.

Why now? What now? Who now? Where now? It’s a club where there always appears to be more questions than answers.

Get a new man in less than a year ago, brief him to completely revamp the squad and sign 17 new players, and then dismiss him 10 games into the season.

The former Wales striker was often bracingly honest about his team’s and his players’ performances and there seems to be an increasing preference among owners, now, for managers who are happy to deny reality.

Scott Parker left Bournemouth and Thomas Tuchel departed Chelsea after voicing their displeasure with life at their club.

It’s as if modern day owners want bosses who are more like their Twitter accounts. “Yes, the lads are disappointed with losing 5-0, but our possession stats in the middle third were encouraging and we go again next Tuesday.”

There is one thing about Morison, though, that is entirely in keeping with so many of his predecessors as Cardiff manager, but out of kilter with many departures at other clubs.

He’s not leaving because someone else wants him.

Cardiff are not negotiating compensation with a lofty Championship club or one in the Premier League, who have been wowed by the work he has done at the Bluebirds.

That just never seems to happen at Cardiff. Their managers walk through the door and then, later, they are shown the same door.

Amid all the managerial churn in the rest of the divisions, reaching for the phone to call Cardiff is never the perceived solution to anyone’s problem.

What does that say about the quality of those appointments, or more significantly about the people making them?

Cardiff fans can often grow irritated by comparisons with that lot down the road, but it’s worth comparing the recent history of managers at Swansea City.

Steve Cooper left by mutual consent, but soon after took over at Nottingham Forest. Graham Potter was pinched by Brighton and is now at Chelsea.

Before Potter, there were six successive sackings – which happened to coincide with the club’s most turbulent recent years as Carlos Carvalhal, Paul Clement, Bob Bradley, Francesco Guidolin, Garry Monk and Michael Laudrup were all got rid of.

Following today’s surprise sacking of Cardiff City manager Steve Morison, here’s a look at their xG 5 game rolling average since the beginning of the 2021-22 season.

Generally, under Morison, the xG against has been brought under control and maintained low.#CardiffCity pic.twitter.com/jEWij8qRPh

But Brendan Rodgers was plucked by Liverpool and Roberto Martinez was tempted by Wigan, departures that confirmed the wisdom of their appointments.

At Cardiff, the wisdom is only ever hindsight and regret.

Both Mackay and Warnock brought undoubted success with short-lived promotions to the Premier League, but the success has not sustained sufficiently for other clubs to beat a path to Cardiff’s door.

Morison, who took over on a permanent basis in November last year, leaves with the Bluebirds 18th in the Championship table.

A club statement put out on Sunday afternoon read: ‘Cardiff City Football Club can confirm that First Team Manager Steve Morison has been relieved of his duties.

‘We’d like to thank Steve for his efforts during his time at Cardiff City, stabilising the first team last season and helping to evolve our squad in line with the club’s philosophy this summer.’

Morison replaced McCarthy on a temporary basis in October last year and was subsequently handed a permanent deal by Tan.

But the Bluebirds slumped to a final finishing position of 18th last term after winning just one of their final six matches of the season.

Sorry to see Steve Morison leave Cardiff. Feel should have been given more time after reshaping squad in summer. Will definitely miss his plain-speaking press conferences.

This season, they are back in 18th again, with 11 points from 10 games, although there are six clubs beneath them who have yet to make a change.

The club said Mark Hudson will take over as caretaker manager, assisted by Tom Ramasut, ahead of their next game against Burnley on October 1.

After that, who knows?

The decision on a new manager will be taken by Tan, in consultation with his chairman Mehmet Dalman and chief executive, Ken Choo – the club’s three wise men when it comes to all new managerial appointments.

When asked before why the club has no director of football, or some other level of football expertise internally to offer some input, Dalman has claimed it wasn’t necessary. Appointments were “business  decisions”, about handling risk, rather than requiring knowledge about football.

If a board allows the manager completely to overhaul the squad in summer, making 17 signings, then that board surely has to give him longer than TEN League games to make it all gel. It’s hard to follow Cardiff City, a crazy bats*** of a football club. Farewell Steve Morison

But then a year ago, Dalman was also asked if the club was about to replace Mick McCarthy as manager, with the club’s inexperienced but promising Under 23 manager, Steve Morison.

“I’ve spent my entire career avoiding risk – and that would be a risk,” he said.

It seems the only real risk you don’t need to worry about at Cardiff is that you may lose your manager to someone else.

One thought on “Cardiff City Only Ever Sack Their Managers . . . They Never Lose Them To Somebody Else”