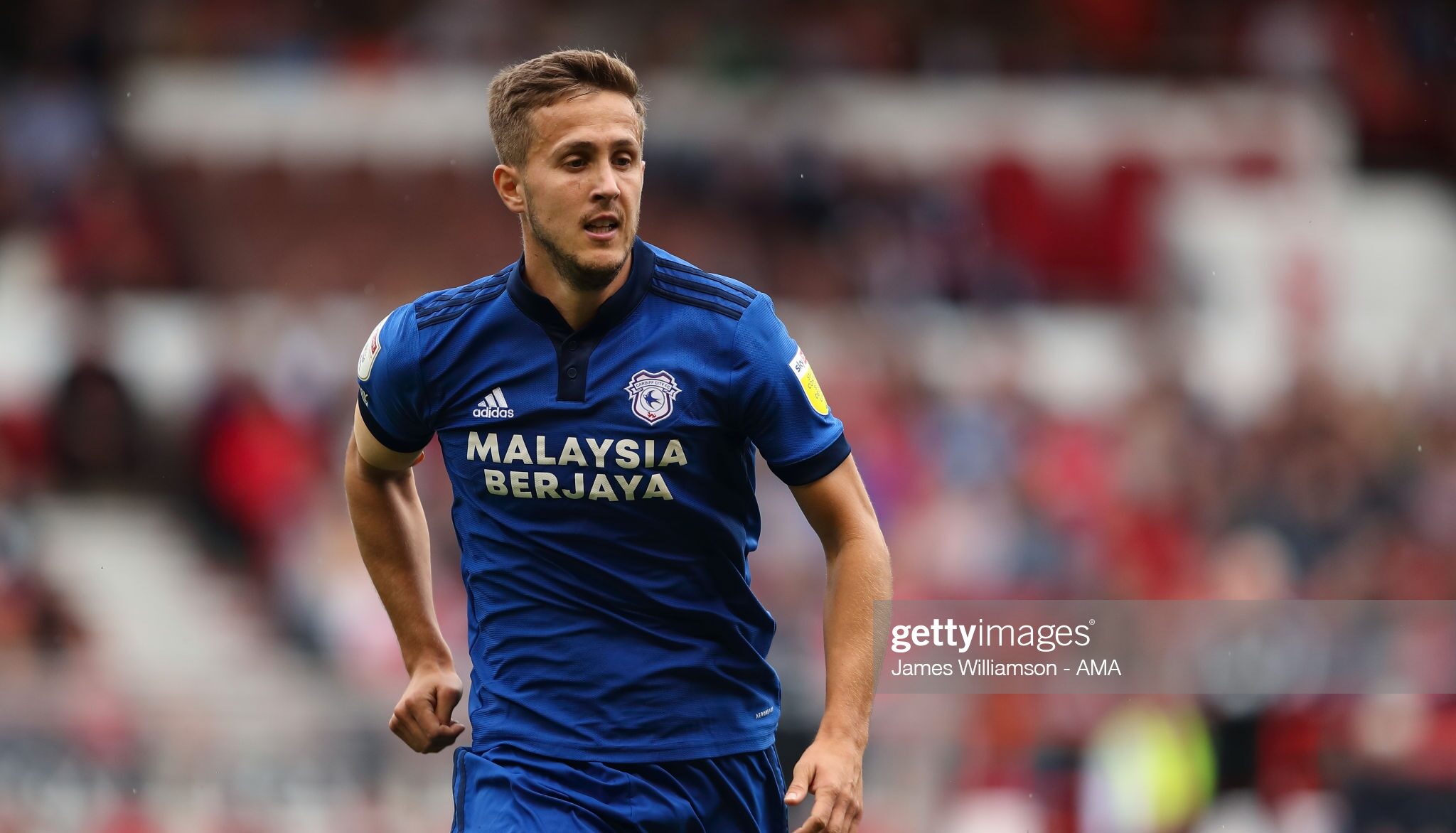 Will Vaulks opens up on life under Mick McCarthy. Pic: Getty Images.

Cardiff City’s Will Vaulks admitted the style of play under previous manager Mick McCarthy made it difficult to “dictate” play from midfield and “wasn’t the style that was required”.

The Bluebirds are currently on a nine game winless run and will be hoping to get back to winning ways at home to QPR on Wednesday evening.

“Let’s be honest about it, under the previous manager, the midfield was bypassed a lot,” explained Vaulks.

“It was a case of winning the fight in there, turning around and giving the ball back behind.

“We came under quite a bit of stick as midfielders for not passing the ball enough or dictating play.

“But I’d like to see any midfielder in the world come in and do that when we’re playing that style of football.

Will Vaulks had a little dig at the style of play today.
If they start getting results I think more will speak up

“That’s not a dig at the style, but that’s not what was required, getting the ball off the centre half and spraying it about.

“That does annoy me at times. People say we need someone in there who can pass the ball. We can all pass the ball if that’s required! But we do what the manager asks and if that’s to win the fight then you do that.”

Vaulks also revealed caretaker boss Steve Morison has already changed a few things and has put his own stamp on the team.

“That’s probably one of the biggest things that Steve has done since he come in,” said Vaulks, who earlier this week was called up to the Wales squad for their upcoming World Cup qualifiers.

“Stoke, we had more passes than we have done for any game previous to that this season.

“He has put his stamp on what he wants us to do. A bit more detailed analysis of the games in training – trying to have a look at what we did well against Stoke and what we didn’t, where we can improve. Little clips in training to make things better.

“He has tried to instill belief in us that we can play better football, we are better players than what we’ve shown over the period of poor results.

“He is doing his best to get results, as we are as players.

The 28-year-old also praised the youngsters at the club but would like to see some more experienced signings in January.

“We’ve got a great crop of players coming through,” added Vaulks.

I thought Will Vaulks was interesting today, he’s always interesting tbf, on how thankless it was playing in a Mick McCarthy midfield, where you’re largely bypassed. He said Morison has changed a fair bit already and wants them to play a bit more. He painted a positive picture

“Rubin (Colwill) has been the standout but Mark Harris isn’t too old either! He’s not played that many games. There are some great ones coming up.

“But I am a slightly older head now and you do need experienced Championship players in the team.

“We are relying on young lads as it is and look where we are. At the moment, we are not in a great position.

“We possibly need some more bodies in, in January, if that’s something the club are looking at, I don’t know.

“But, at the end of the day, they’ve got an opportunity and they are taking it.”