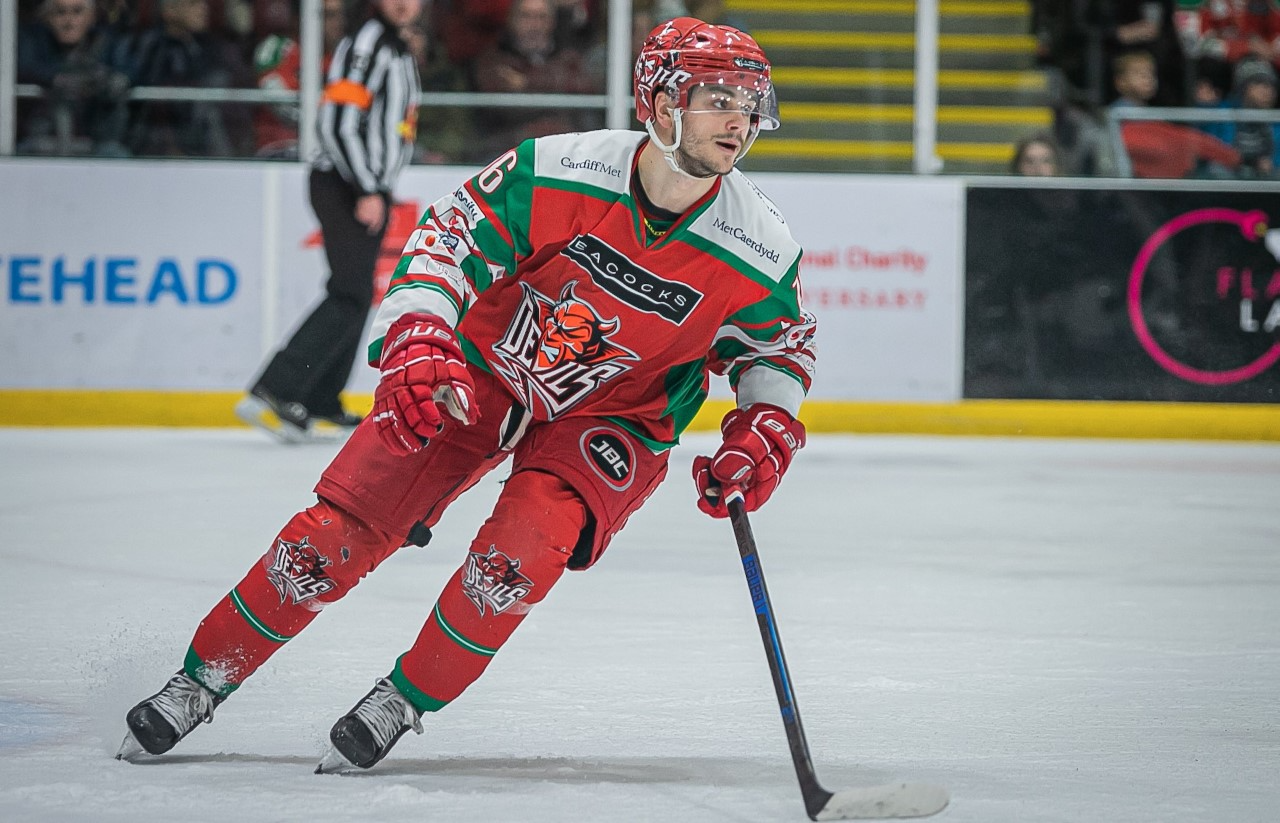 The Cardiff Devils continue to build their roster for the new season after confirming the double signings of Sam Duggan and Josh Waller.

Duggan, 22, returns for a third campaign with the Devils after featuring for Swedish team Segeltorps IF and Coventry Blaze during the suspended season.

Duggan originally moved to Cardiff in the 2018-19 season after a brief stint in North America with the Jamestown Rebels. Prior to that Duggan played four years in Sweden with Orebro HK.

He was the assistant captain for the team in the Under 20s SuperElite League. Duggan also captained Orebro HK under 18’s team for two years, before he moved up to the Under 20s. Duggan spent the 2020-21 season in Sweden with Segeltorps IF where he scored 11 goals and 13 assists in 39 games.

After his season he returned to the UK to play in the Elite Series with the Coventry Blaze scoring 4 goals and 1 assist in 14 games. Duggan was then selected to play for Team GB and played three games at the IIHF World Championships in May.

Waller, a left-shot winger, joins Cardiff after two seasons in the Elite League with Guildford Flames.

The 22-year-old made a big impression on a number of teams, including the Devils, during the Elite Series, where he played for Sheffield Steelers earlier this year following a brief spell in Sweden.

Waller played youth hockey in Guildford and then Bracknell, before moving to the Czech Republic for two seasons before returning to play for the Flames in 2018-19. Last season he had a brief stint in Sweden before icing for the Sheffield Steelers in the Elite Series, scoring 3 goals and 4 assists in 16 games.

Head coach Jarrod Skalde said: “I think both these guys are going to have a big season for us and at 22 years old, they both are just at the start of long pro hockey careers.

“Waller caught my eye in the Elite Series because of his speed and composure on the puck. He got better and better each game, and you could see the Steelers coach was giving him more opportunity to play in key situations as the tournament progressed.

“The Devils fans obviously know Duggan well and again, I think this season is an important one for him. He scored some timely goals in the Elite Series and also had a solid World Championships in the games he played. He skates so well, and he does the little things well that help the team win.

“I love working with young guys like this that are excited to get better every day and speaking to both Josh and Sam, they are pumped to get onto the ice this season. I expect them to bring energy and fun every day to the locker room and to the ice.”

Meanwhile, the Cardiff Devils will play pre-season home and away fixtures against the Nottingham Panthers in September.

The Diamond Jubilee Cup will be played over two-legs on Saturday 11th September at Ice Arena Wales (7pm) and the following afternoon at the Motorpoint Arena in Nottingham (4pm).

The Devils say that they will be releasing information ticketing and about seating and arena capacity closer to the date, which will be in line with Welsh Government guidelines.