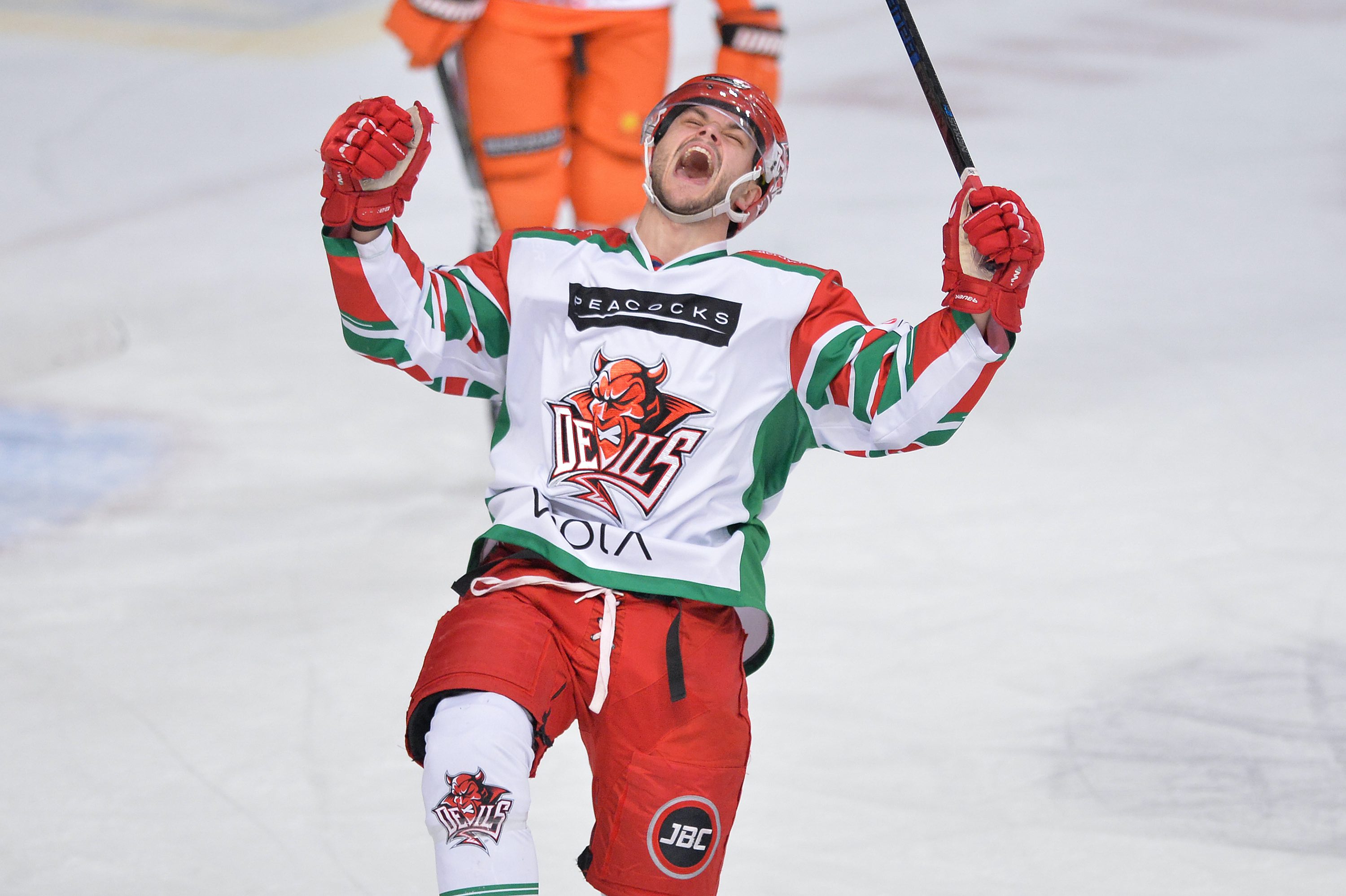 Cardiff Devils have now seen five players leave the Elite League club in the wake of the delayed season brought on by the Covid-19 pandemic.

Sam Duggan is the latest Devil to move to Europe for 2020-21, having agreed terms with Segeltorps IF of the Swedish HockeyEttan League.

He will will to fly out this Sunday to start on the ice with his new team.

The departure of 22-year-old Reading-born forward Duggan is another blow for Devils following the loss of captain Joey Martin, Evan Mosey, Gleason Fournier and Mark Richardson.

Elite League clubs are still holding out hope of starting the new season in December, but it seems far more likely that they will be out of action until at least February.

Other leagues in Europe are preparing to start the season next month and players are keen to be back on the ice. Cardiff’s Viola Arena remains closed.

Managing director Todd Kelman talked personally to every Devils player and wrote to all of those who had already signed for 2020-21 or were intending to return.

“I told them that if they wanted to look around for jobs in other leagues then we would support their decision and would help them in any way possible,” he said.

“For those who move on we see it as a temporary year-out to stay active, keep skating, and come back stronger.

“Cardiff Devils are staying in touch with all players. It could be that some find jobs outside hockey and retire from playing. We just don’t know.

“We are committed to putting player well-being first.”

Martin, Richardson and Duggan all look certain to be back in Cardiff for 2021-22 – Martin and Richardson have already signed contracts – and Mosey also looks certain to return.

Kelman is close to announcing the new Devils coach and insists: “I am excited about the prospect.”

The vacancy was opened up when Lord accepted a new head coach role at East Coast League Greenville Swamp Rabbits and there were more than 70 applications for the post.

Kelman confirmed they have identified the man they want – and he would be new to British ice hockey.

“We are close,” said Kelman. “I worked closely with the club owners and others on analysing all applications to find the right person.

“We hope to make an announcement in the fairly near future and everybody is excited about the prospect.”

Kelman explains there is no massive financial pressure on Elite League clubs, saying: “Elite League players are not paid until the season starts. We certainly don’t want delays, but our EIHL clubs are likely to come back financially stronger.

“We want to be playing as soon as possible, of course, but when you consider the costs involved before even playing a match we cannot risk trying to start too soon. The worst scenario would be to start and then have to shut down.”

Club costs before a season starts involve flights for import players into Britain, housing, cars, playing equipment and more. They can be estimated at around £150,000.

If the season goes ahead we are so screwed 🤦🏻‍♂️😂 best of luck to @SDuggan1661 though enjoy your adventure 👊🏻 pic.twitter.com/Iyi5KAROBS

Kelman says no matter how many find new jobs abroad for the season – and it seems unlikely there will be more – about to start in Europe it would still take between six weeks and two months to recruit a new full team.

That team would include players still in South Wales – and there are quite a few – plus new signings.

“We are at the mercy of government regulations relating to indoor events with crowds,” says Kelman. “To achieve a December start we would have to know 100 per cent in the next three weeks.”

Kelman flew back from a family holiday in Italy this week, happy to talk about the future of Cardiff Devils, who have been the most successful club in Britain over the last six years.

EIHL fans have been without their sport since the league called a halt to the 2019-20 season in March. It could yet be next year before clubs are able to play again.

Kelman, though, is confident about the future for EIHL clubs and says: “Devils will be highly competitive no matter when EIHL restarts. We will need around two months notice to be ready for the start, whenever that is.”

I’m sick of hearing that @cardiffdevils can’t keep its players or that we’ve no leadership 🙄 We’ve got great management who care about our players & understand they have bills to pay & want to keep playing. We’ve loyalty throughout out team & know they’ll be back next season 😈 pic.twitter.com/WDLpIuJm75

He has confirmed that Elite League hockey could not start unless supporters have full access to arenas for matches.

“We rely heavily on match night ticket sales and could not even play with 200 or 500 spectators unless we had massive financial support from the Government,” he says.

“When we say that match night support from supporters means everything, it really does.”

“If all else fails, we will focus on coming back strong for the 2021-22 season and you can be sure Devils will come back stronger than ever.

“Our top priority is to keep the organisation strong, and our staff, players and fans safe.”

Kelman talked about Duggan’s move to Sweden, saying: “Sam is a great young player for us and has a bright career ahead of him.

“This is a good move for him because at this stage in his career, he just needs to be on the ice as much as possible. He will hopefully get plenty of ice time and come back even stronger next season.”

Duggan spent four years in Sweden playing for Orebro from 2014 through to 2018 before becoming a Devil.

The Devils who have moved on:

Assistant coach Luke Piggott (Worked full-time in cancer research at Cardiff University and was offered the ‘chance of a lifetime’ job in Lausanne, Switzerland as a senior scientist developing new oncology agents through clinical trials)

Sam Duggan (to Segeltorps IF of the Swedish HockeyEttan League)

Head coach: To be announced