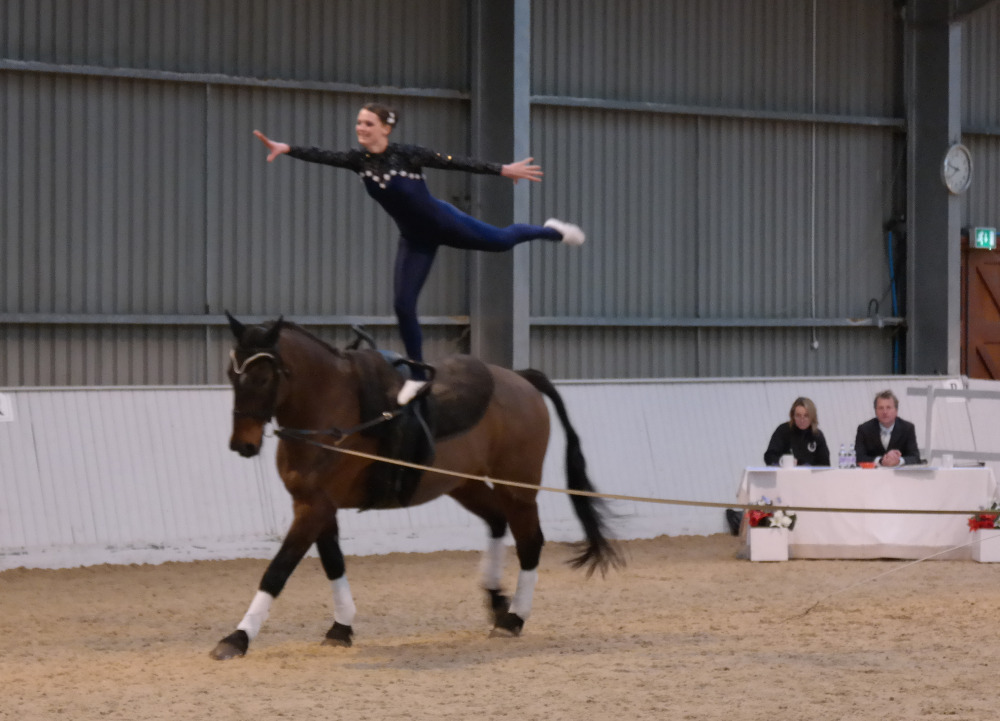 Carys Morgan has been picked for the British equestrian vaulting team for the World Equestrian Games in September.

Morgan, who based at the Talygarn equestrian centre near Cardiff, is part of a six-strong squad that will represent Britain in Tyron, USA on September 11-13.

The current Welsh champion, in a sport that combines riding skills with those of gymnastics and dance, will compete in her first World Equestrian Games (WEG), having previously taken part in the vaulting world championships in 2016.

Vaulting Chef d’Equipe, Jane Eccles said: “It’s fantastic to have such a strong team selected for Tryon and a really exciting time, with some athletes making their WEG debuts.

“There have been some really positive results this year, for both the squad and our two individual vaulters, and we look forward to making the journey out to the Games later this summer.”

Vaulting is best described as a form of gymnastics on the back of a moving horse that is worked in canter on a circle under the control of a lunger.

Through choreographed movements, it incorporates beauty and brilliance, power and strength, elegance and precision, all in harmony with the horse.

Vaulting is the only equestrian discipline which sees men and women compete separately for individual titles.

The squad also has the British bred River of Thyme, owned by Julie Newell and previously by Mr and Mrs Tibbetts, selected as a reserve horse, with reserve lunger Suzi Cusick.

Rebecca Norval, based Clackmannanshire, Scotland, will compete on a borrowed horse at the event