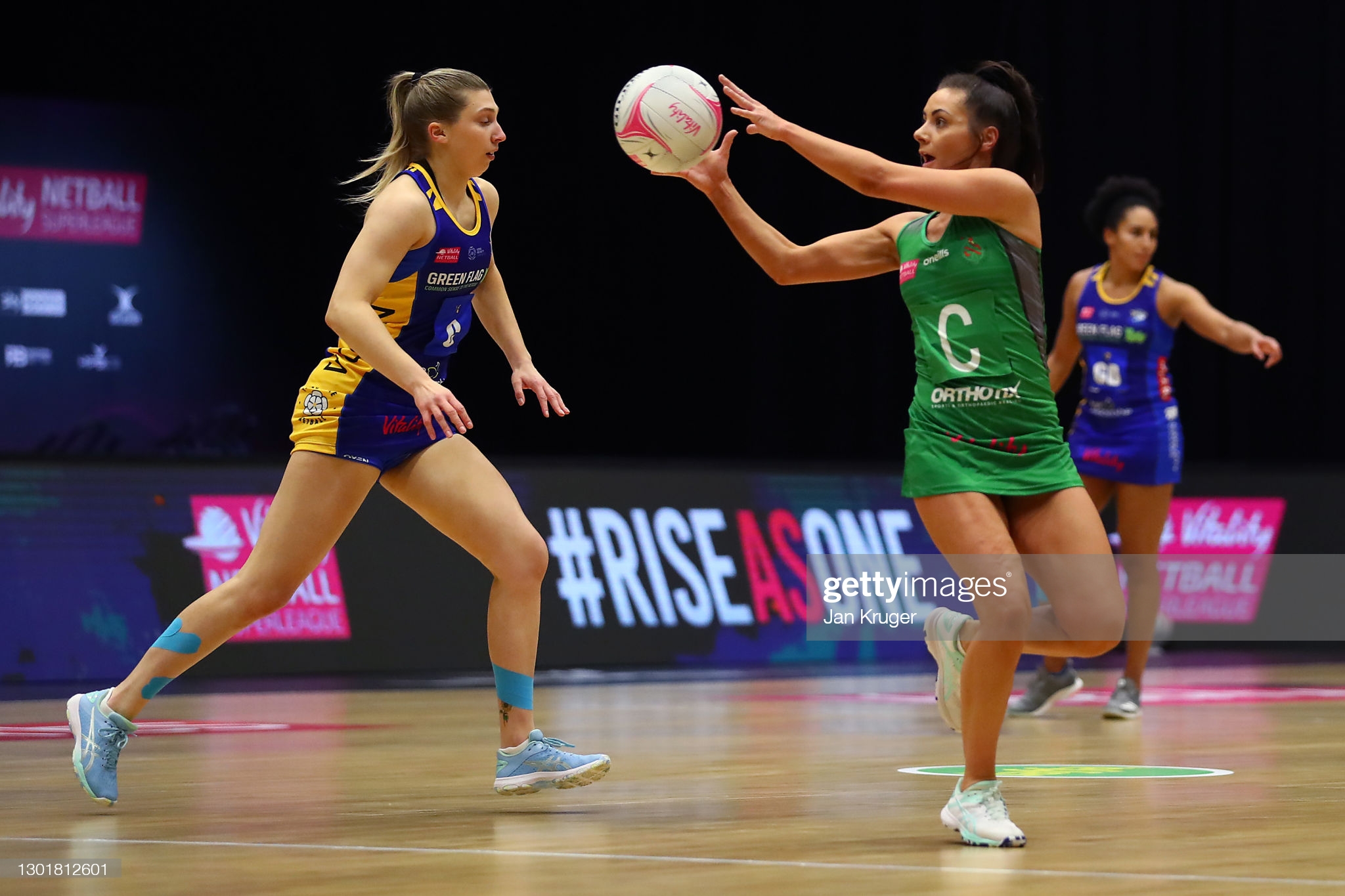 Celtic Dragons head coach Tania Hoffman has much to consider after her team were thumped by new franchise Leeds Rhinos in their opening match of the Vitality Superleague season.

The Dragons face a less than 24-hour turnaround when they take on Team Bath on Saturday, where they must hope for a rapid improvement.

The Rhinos are the newest team in the Superleague, but they fired an early warning sign that they are likely to be dangerous opponents as they ran out 65-35 winners over an out-of-sorts Dragons who failed to get going.

The Rhinos flew out of the traps to lead early – an advantage they never relinquished against the Dragons as they claimed a deserved and comfortable victory in their first official game as a franchise.

💭 Tania Hoffman reflects on her outfit’s opening match of the season.@celtic_dragons have a quick turnaround now and will return to court tomorrow against @TeamBathNetball. pic.twitter.com/M8JlCO1ESV

With former basketball prodigy Donnell Wallam leading from the front, Rhinos raced into a 12-4 lead against a shellshocked Dragons, who made the 220-mile journey from Cardiff to the purpose-built court at Production Park in Wakefield.

They maintained their eight-goal lead through to the end of the first quarter, Rhea Dixon adding a touch of flair from the goal-attack position and England’s most capped player Jade Clarke stamping her authority on the game from the centre position.

In contrast to the Dragons’ journey, Leeds made the short trip across Yorkshire for their Superleague bow and with the experienced defensive end of Fi Toner, Vicky Oyesola and Tuaine Keenan making life difficult for Rebekah Robinson and her team.

Rhinos were 12 goals clear at half-time and as is so often the case, the stronger team used the third quarter to pull clear – conceding just six goals in an impressive third quarter that underlined their authority.

Aussie shooter Wallam continued to enjoy an impressive start to life in the Superleague and with a 49-23 lead at the end of the third quarter, coach Dan Ryan turned to some of the Rhinos talented youngsters.