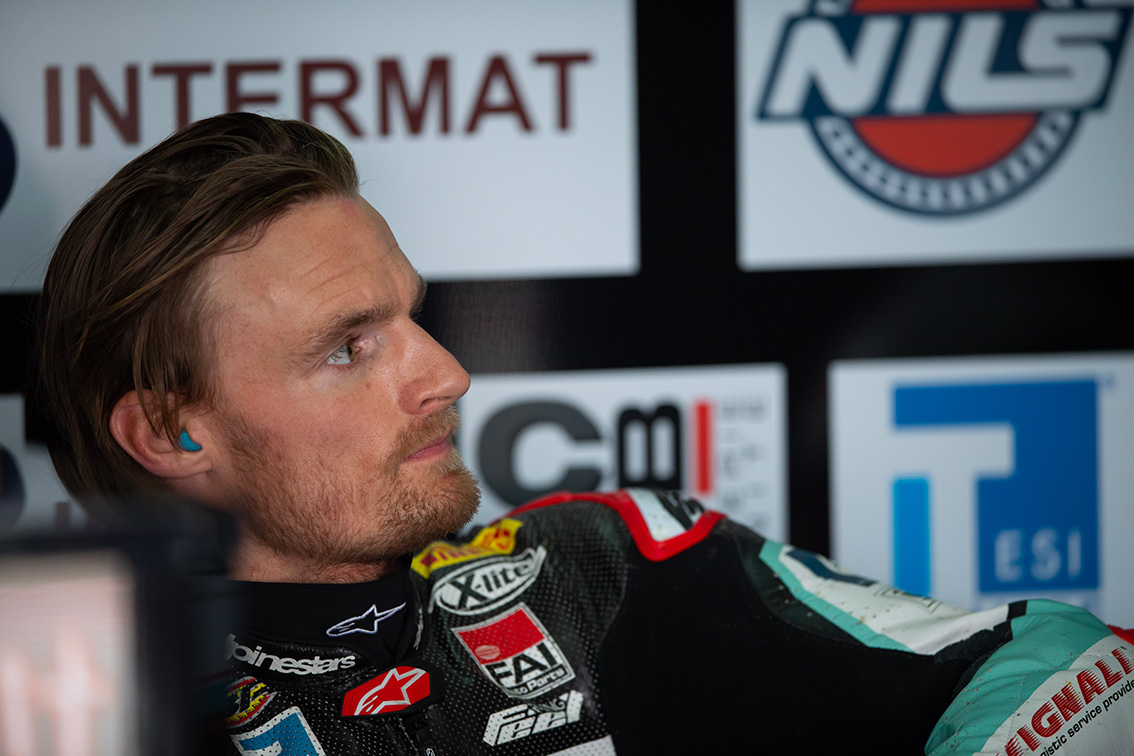 Chaz Davies finished fifth for his new team as the World Superbikes season got underway with Jonathan Rea racing into the history books.

The 34-year-old from Knighton was just edged out of fourth on the final lap at Motorland Aragon in Spain by former Aruba.it Racing team-mate Scott Redding.

But it was a decent start for Davies in his Go Eleven team as Northern Ireland’s Rea dominated the race to become the first rider to win 100 races in Superbikes.

Davies did have the satisfaction of finishing ahead of Michael Ruben Rinaldi who was seventh in his first race since taking the Welshman’s place at Aruba.it Racing.

Starting from fifth Davies was always in the thick of the action for his satellite team on a track where he has had so much success in the past.

Davies did get by fellow Brit Redding to stay in contention for a potential podium but had to concede fifth on the final lap to the factory-backed Ducati.