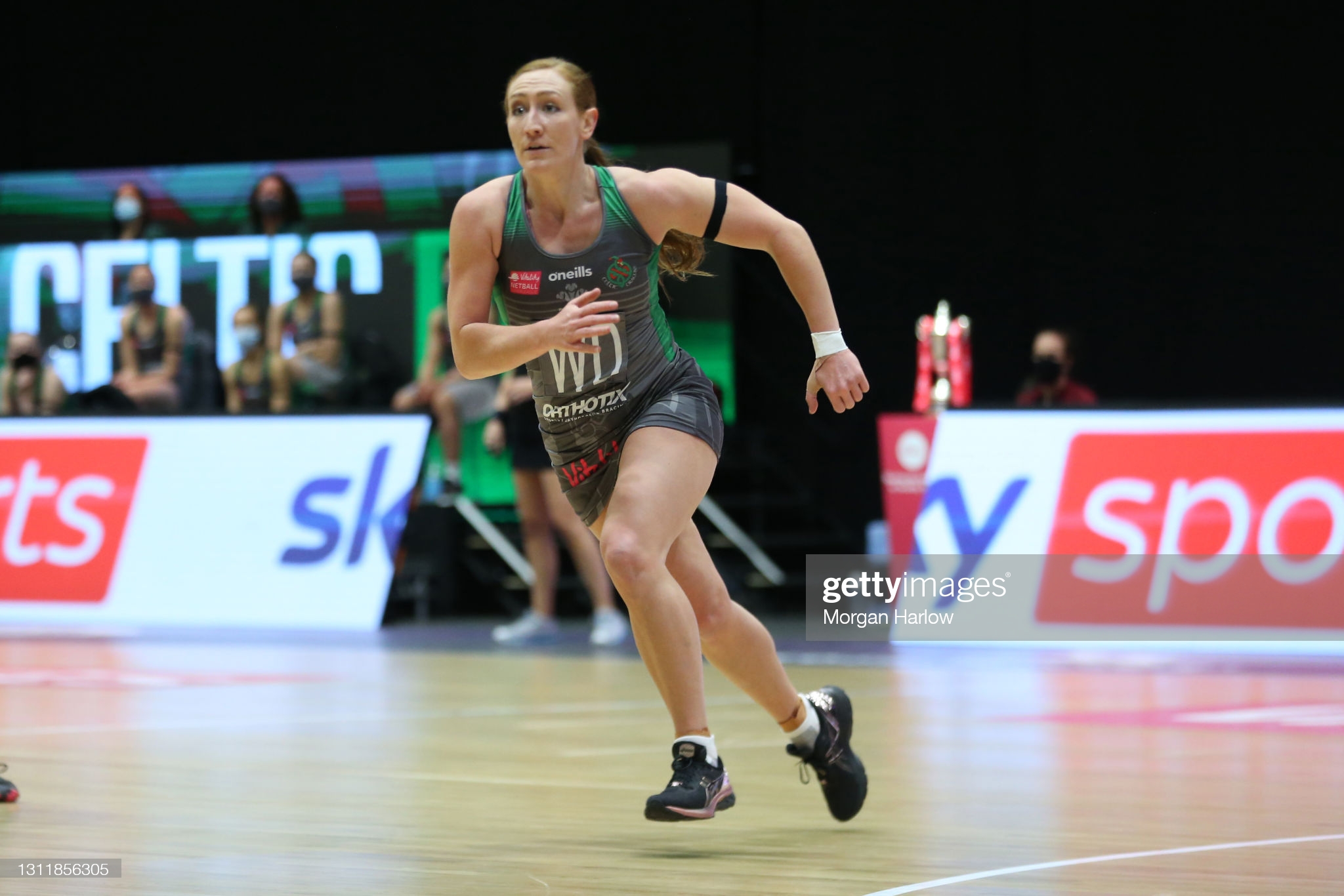 Dragons vice-captain Clare Jones has admitted her team’s first win for two years had left her almost lost for words.

Jones and her teammates earned a hard-fought 48-39 victory over Surrey Storm on Friday night to give the Welsh outfit their first victory of the season following 12 straight losses in the Vitality Netball Superleague.

It was the Dragons’ first win in the competition since April 2019, when they also beat Storm.

They finished the 2019 season with six victories in their most successful campaign, but last year they went down to three straight defeats before the season was cut short due to the pandemic.

Those losses continued into this campaign, with a dozen defeats leaving the Cardiff-based franchise bottom of the table.

But on Friday night, the tide finally and deservedly turned for the Dragons and their coach Tania Hoffman as they built a good lead, wavered as Storm hit back, but then held their nerve to surge away again for the victory.

“I think everyone in our franchise and our bubble knows how much this mean to us.

“As far as I’m concerned, that’s the most important thing. We’ve worked, we’ve been building, and we’ve known that we can do it. Today, we proved it to ourselves.”

The Dragons showed composure and heart to secure their first victory of the and end a 16-match winless run, which dated back to the 2019 season.

Dragons went into the final quarter against Storm with just a two-goal advantage but instead of going into their shells, they grew during the pivotal final moments and accelerated away.

Prior to the fixture, Dragons’ head coach Hoffman had implored her team to focus on their processes and go all out for the win. Meanwhile, Storm felt they had a point to prove after losing from a position of control against London Pulse in Round 12.

With motivation levels high, the first quarter was a close duel, but it was Dragons who emerged in front, aided by Amy Clinton and Rebekah Robinson both shooting at 100 per cent.

Dragons used the first few minutes of the second quarter to increase the pressure on Storm. They turned a three-goal lead into six, through excellent full-court defence and both of their shooters rewarding that work.

With Dragons pressing ahead, Mikki Austin decided it was time for a change and she brought herself into Storm’s mid-court at centre.

Austin made an instant impact, in both attack and defence. She provided composure going forward and showed everyone around her the level of pressure they needed to produce. As a result, Storm reeled Dragons back in and trailed by one at half-time.

Throughout the third quarter, it was a case of which side would blink first. Felisitus Kwangwa’s arrival tested Dragons, but they remained focused and put themselves in a match-winning position at the final pause.

With a 33-31 advantage, Dragons needed to draw upon their belief.

Clinton and Robinson were not fazed by another new defensive unit against them, and, although Storm gave themselves a chance of pressing ahead, Dragons shut the door and then frustrated them.

With five minutes to go, Hoffman’s outfit converted a key passage of play into another five-goal cushion, then, under enormous pressure, held their nerve and accelerated out of reach to end their losing run.