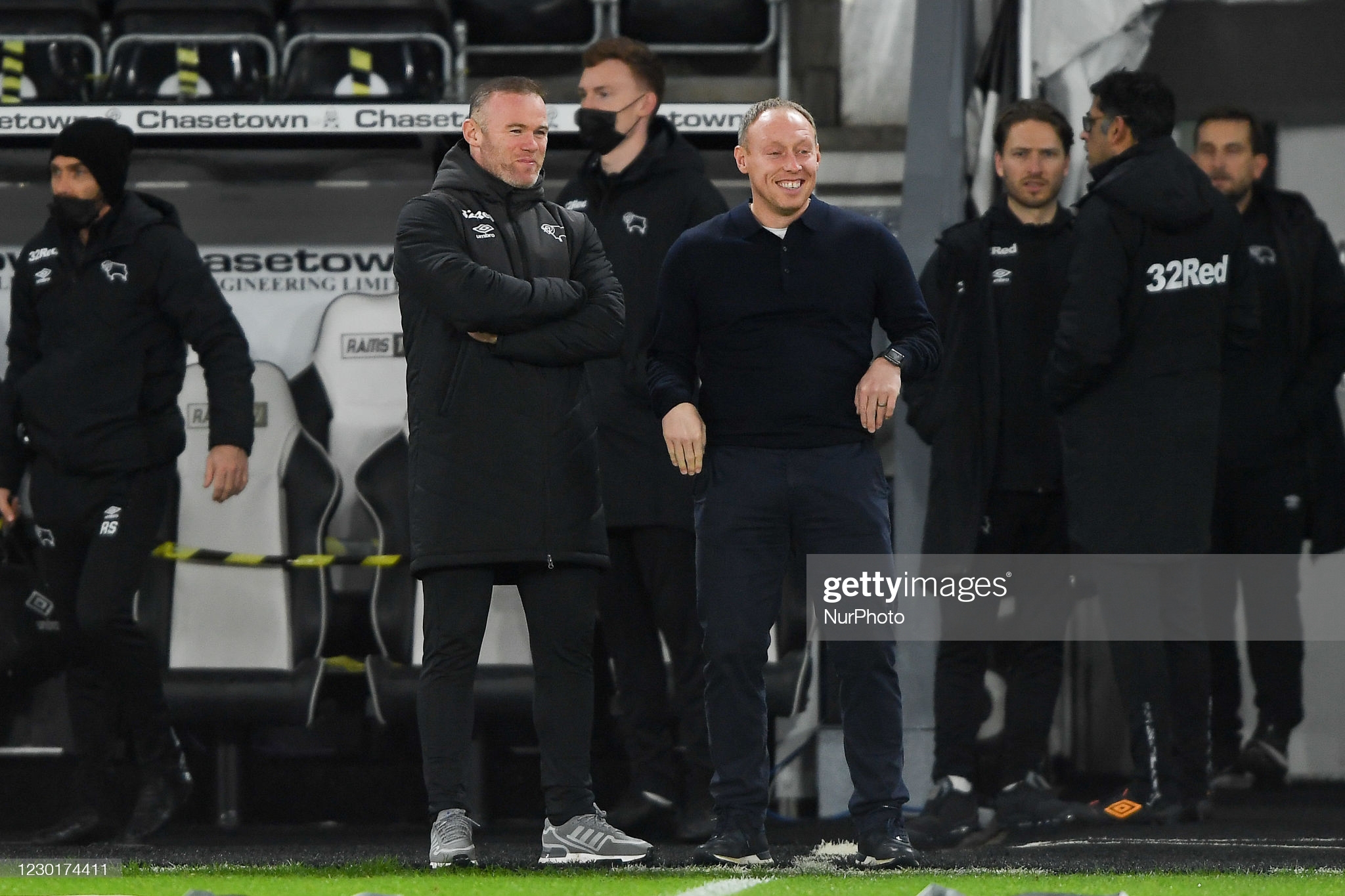 Steve Cooper insists he is not surprised to see Wayne Rooney struggling to avoid relegation.

But the Swansea City head coach reckons it’s a reflection of the cut-throat unpredictability of the Championship, rather than defects as a budding manager in England’s greatest goalscorer.

The last time Cooper came across Rooney was when the Swans boss was managing the England U17 team.

Now in charge of Derby County, Rooney was still in his pomp as an England player in those days, but Cooper will be hoping to teach him some of the harsh realities of his new career in management when they meet again at the Liberty Stadium today.

Rooney’s side have two games to save their Championship status, while Cooper has already secured a play-off place for the second season in a row at Swansea and will be a lot more relaxed in his dug out.

Even without talisman Andre Ayew, who is set to sit out the game after picking up a knock in the 2-2 draw at Reading last weekend, Cooper can rightly feel confident about coping with anything under siege Derby can throw at his side.

Rooney’s men have lost their last five and have only one win from their last 13 fixtures. They are four points clear of the relegation zone, but nearest rivals Rotherham have a game in hand as the season comes down to its last knockings.

“Nothing surprises you in this league. I don’t think anyone would have foreseen Derby being in the position they are in, but they are,” said Cooper.

“You’ve definitely got to earn the right in this league, there’s no entitlement. Any complacency comes to bite you straight away – it’s the world’s best league for unpredictability.”

Derby have spent most of the past week at a training camp in south Wales as Rooney tries to find a way to inspire his players to get out of their current losing streak.

Swansea have lost only five times at home and have conceded a mere 15 goals in 22 games at the Liberty.

“Never once this season have we worried about the opposition’s situation. There are two games to play and we want to win both games,” said Cooper.

“It’s our prerogative what team we pick, but I don’t think it would be a good thing to treat the last couple of weeks of the season any differently to the 44 games we’ve already played. We want to win and play well because that will help us in terms of what’s next.”

“You see in this league that so often things can happen that you do not expect.

“You have to respect every team’s plan and journey that they’re on. Sometimes it works and sometimes it doesn’t.

“That can happen because it’s a competitive league. Very rarely is there a massive difference in games, even if it’s a team in good form against a team in bad form. That goes with league positions as well.”

To make matters more complicated for Rooney, Derby are in the middle of a stalled takeover with current owner Mel Morris trying to sell to new Spanish owners.

But Rooney insisted: “Our focus is purely on the game on Saturday.

“We have to focus on the things we can control, which is the football side of things and let the people who are doing this deal focus on that.