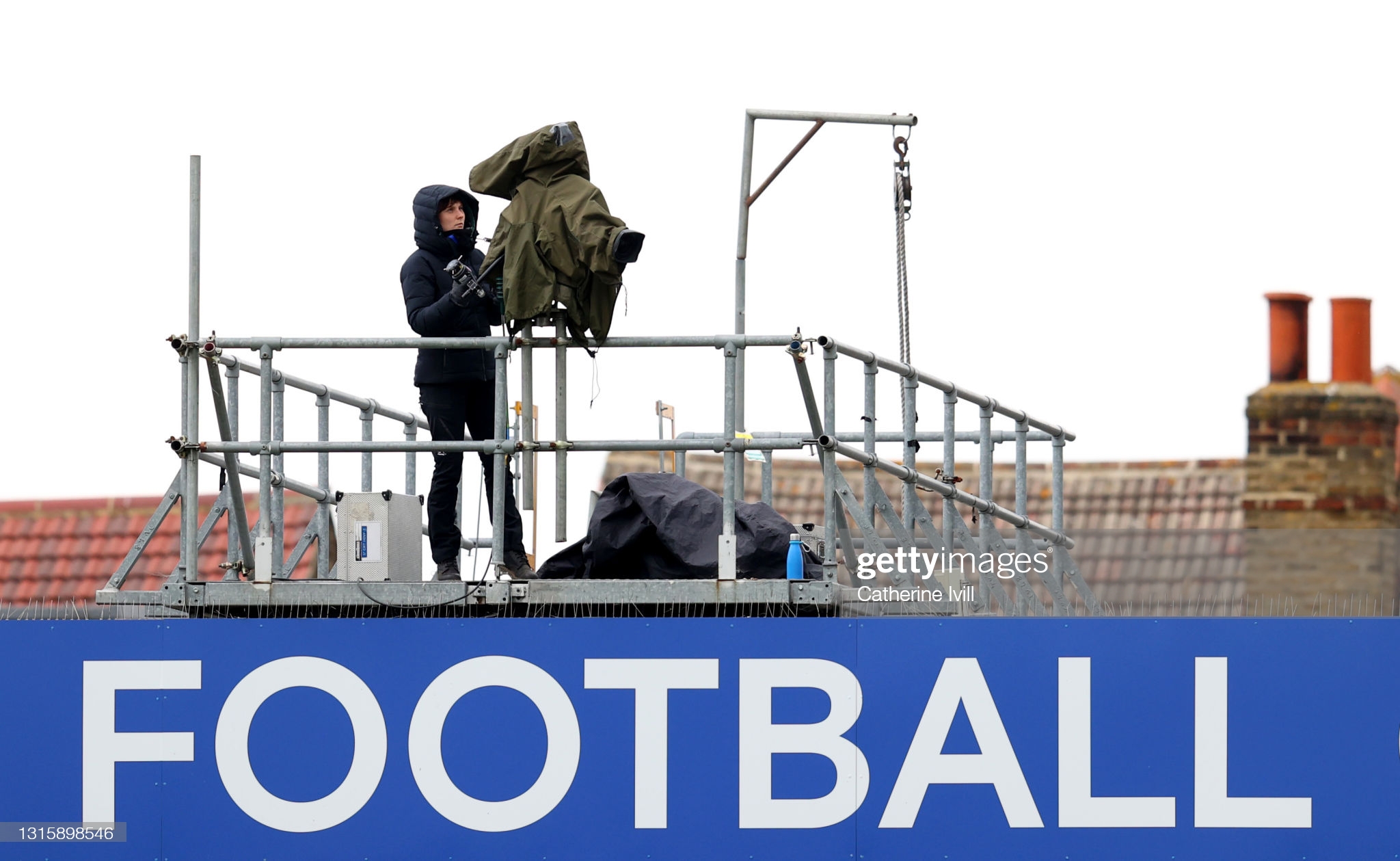 The cameras will be across both matches as the JD Cymru Premier title is decided. Pic: Getty Images.

Connah’s Quay Nomads fans and supporters of The New Saints will be able to see their title shoot-out unfold on screen this weekend – in simultaneous separate matches.

As the race for the JD Cymru Premier title goes down to the final day of the season on Saturday, S4C’s Sgorio programme is to broadcast two live matches at the same time.

In a first for S4C, they will screen Pen-y-bont v Connah’s Quay on S4C from 11.45am (English commentary available), while The New Saints v Bala Town will be broadcast online on S4C Clic and Sgorio’s Facebook and YouTube pages.

However, should they fail to win, and TNS secure three points at home to Bala Town, the title will return to Park Hall.

Reigning champions Nomads currently top the table with 76 points, but second-placed TNS, who have 74 points, boast a vastly superior goal difference, with an advantage of 17 goals.

Pen-y-bont have proven stubborn opponents to the Nomads this season. In their three previous encounters, they have both beaten each other at the Deeside Stadium, while sharing a goalless draw at Bryntirion Park.

It is the first time since the 2011/12 season that the title will be decided on the final day of the season.

Sgorio presenter Dylan Ebenezer said: “This year’s title race has been gripping and especially over the last few weeks, as Connah’s Quay and The New Saints have both stumbled.

“Andy Morrison’s side have the advantage, but they have to go for the win on Saturday. Pen-y-bont have already proven that they aren’t afraid of the champions and the Saints will hope to see their rivals trip up one last time.

“We haven’t seen a title race end like this in almost a decade and it’s fantastic that Sgorio are breaking new ground by showing both matches at the same time.”

Sky Sports, BT Sport, Amazon Prime Video and BBC Sport have agreed a proposal to continue their existing television deal with the Premier League for a further three years.

The deal has been approved by Premier League clubs and will run from 2022 to 2025.

“We are hugely appreciative of the Government agreeing in principle to allow this arrangement and for their continued support for the Premier League and the English game.

“Covid-19 has had a significant impact on football, and renewals with our UK broadcast partners will reduce uncertainty, generate stability and promote confidence within the football pyramid.

“We know that, once concluded, this will have a positive impact on the wider industry, jobs and tax revenues and will enable us to maintain and increase our existing solidarity and community financial commitments to the football pyramid for the next four years, even though we are yet to understand the full impact of the pandemic.

“It comes at an important time and will enable us to plan ahead with increased certainty against a more stable economic backdrop.

“Sky Sports, BT Sport, Amazon Prime Video and BBC Sport are excellent partners and provide fantastic coverage and programming to bring our competition to fans in the UK.”

The Football Association welcomed the £100million of additional funding which the Premier League will provide over the next four years in light of the Covid-19 crisis.

Chief executive Mark Bullingham said in a statement: “This increased funding from the Premier League will provide vital support for local football clubs and facilities across the country.

“These clubs are often the bedrock of their community and run by volunteers who have gone above and beyond in the last year. We thank the Premier League for their positive action which will help the pyramid get back on its feet.”