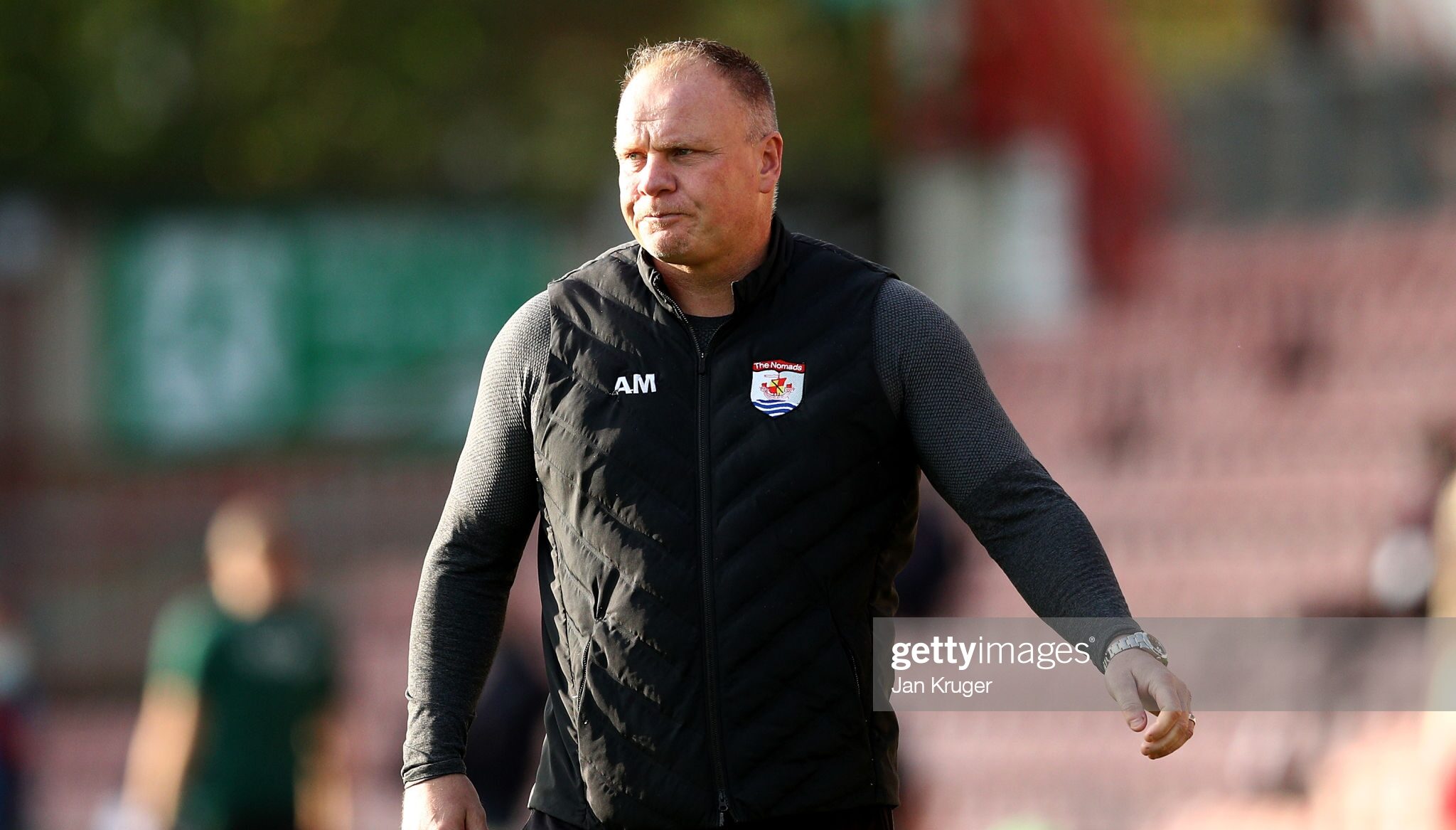 Connah’s Quay manager Andy Morrison is concerned about a “lack of leadership” amongst his players, as the reigning champions fell to a 1-0 defeat to Bala Town on Saturday which means they are now already eight points behind the in-form TNS.

The New Saints moved four points clear at the top of the JD Cymru Premier league after their 3-1 home win over Barry Town United as the wheels are in danger of coming off in the Nomads’ bid for a hat-trick of titles as they continue to see red.

“We had to play for 40 minutes with 10 men at Barry and it was 65 against Bala. There is a pattern emerging over the last few weeks where we aren’t switched on after the initial intensity,” said Nomads boss Andy Morrison.

“We are lacking leadership and it won’t be until everyone is fit that I will be able to assess where we are. When we get everyone back I believe we are good enough to go on and win games.

“The only way to rectify things is to live right and work hard. The luck is against us at the moment, but it will eventually turn.”

Their defeat at home to Bala meant they have sunk to sixth in the table and have now dropped 10 points already this season.

Having only dropped 17 points in 32 games last season, including a mere three defeats, they have now suffered two defeats and two draws in their opening six games. Their recent demise hasn’t been helped by successive red cards.

The champions went down 1-0 at Jenner Park against Barry last week after having Jon Disney sent-off. Back at the Deeside Stadium they lost George Horan for a cynical taking down of former Welsh international Dave Edwards 20 yards out from his goal.

The referee had little option other than to dismiss him and from the resulting free-kick, Edwards struck the perfect free kick over the wall and into the back of the net. It was only the 28th minute, but Bala were good enough to hold on from there to move up into third in the table.

Barry weren’t able to continue their heroics at Park Hall despite hitting back to level matters in the first half. First blood went to the home side when Jordan Williams opened the scoring after 20 minutes, but by the half-hour mark Barry were level thanks to Rhys Abbruzzese.

Former Newport County man Ashley Baker put league leaders ahead again six minutes into the second half, but it remained a highly competitive contest until Declan McManus scored his 100th professional goal, and into double figures for his new team, with a 95th minute clincher.

“We had a really good start against a very good Barry side and we should have gone on to get a second goal. That would have changed the game,” said TNS boss Anthony Limbrick.

“We lost a bit of rhythm after they scored. We had a good chat at half-time and we wanted to start the second half fast. We got the second goal early on and I think we were good enough to deserve the win.”

Second placed Flint Town United got a shock on their trip to Pembrokeshire as Haverfordwest recovered from their recent woes to notch their first win of the season. Spanish striker Touray Sisay scored twice as he opened his account for the Bluebirds.

His first came in the 15th minute goal, set-up for him by Henry Jones, and his second came an hour later. By then Flint had been reduced to fine men having lost both Ben Nash and Alex Jones to red cards.

Aberystwyth Town obviously enjoy going to Newtown as they followed up their 4-0 triumph there on the last day of last season in May with a 2-1 victory four months on. Jamie Veale put Aber ahead in the 37th minute and they didn’t look back from there.

Lob from 40 yards, anyone? 🙋🎯 pic.twitter.com/RqHKR0koow

Former Wales international David Cotterill paved the way for Callum Roberts to level matters six minutes into the second half before David Evans struck in the 71st minute to win the game for the visitors.

Bottom of the table Cefn Druids also finished with 10 men in their 3-0 home hammering by Penybont. Jake Hughes-Hampson was dismissed in the 71st minute for picking up a second yellow card.

The damage had been done by then with Lewis Harling opening the scoring in the 13th minute before James Waite added two more.

Caernarfon Town beat Cardiff Met 2-0 at home thanks to goals from Dan Gosset and Mike Hayes. That meant they move up into fifth place.