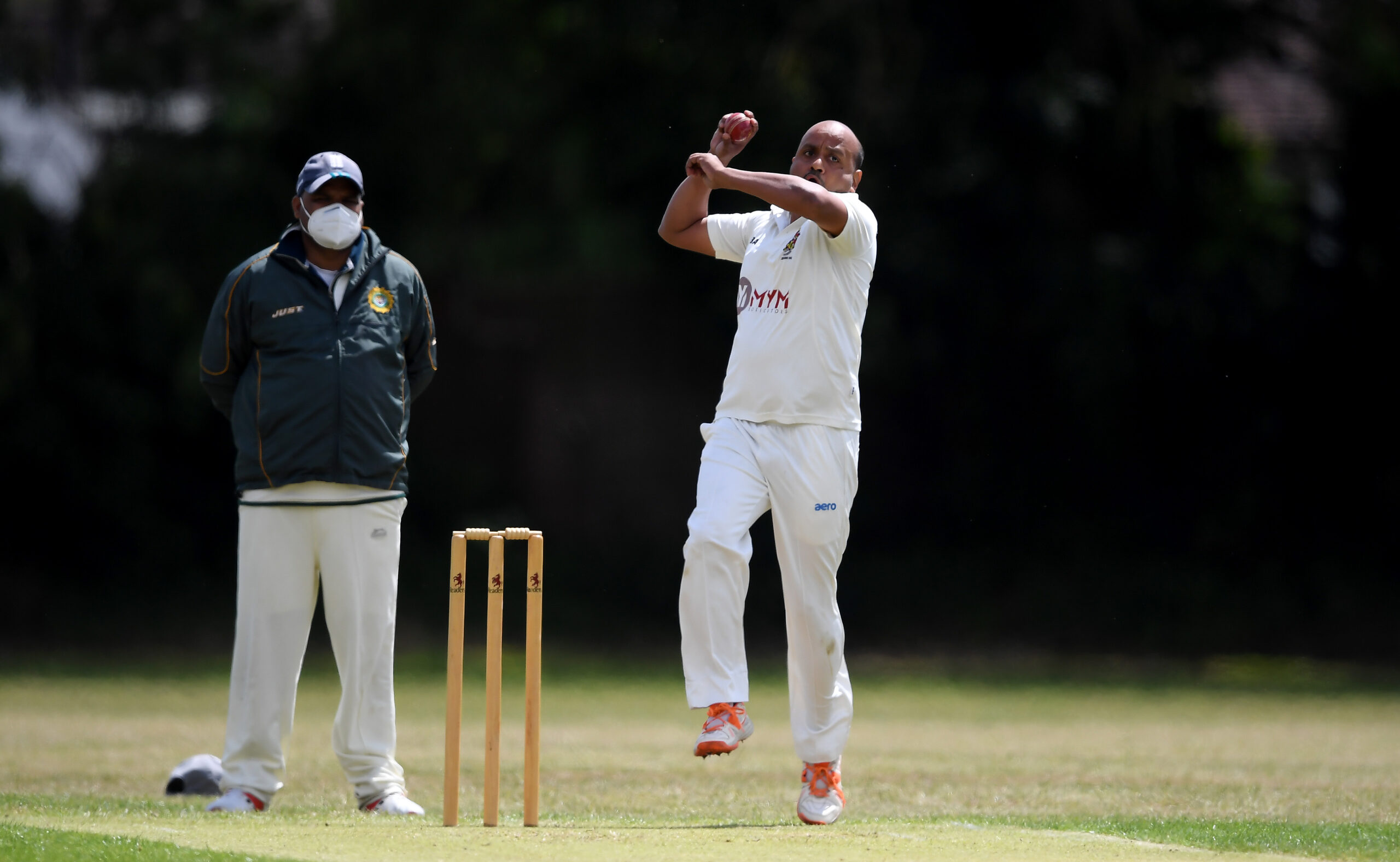 Cricket Wales say they have increased the number of active clubs in Wales during the pandemic. Pic: Getty Images.

The trio are underlining how elite Welsh sports stars are coming to the fore after negotiating the perils and obstacles of the pandemic.

But away from the top level, what’s the situation at sport’s grass roots after almost 18 months of living under the cloud of Covid 19?

Swimming, golf and cricket are three sports hoping to make the most of the lifting of the remaining restrictions as young and old across the country bid to get “back in the game”.

It’s been a turbulent time and it’s not over yet as the impact of the pandemic will long outlast the restrictions.

Graham Thomas spoke to the three chief executives from those sports about how deeply they have been affected by events of the past year-and-a-half and what the future should now hold.

How bad has it been?

We were fortunate that we are a socially distanced sport anyway. You start 22 yards away from your batting partner and you could be further away from fielders.

So, we don’t have to ruck and maul with opponents in close proximity, meaning when things did start to improve we were able to make the best of the situation.

It meant we could pretty much turn the tap back on when permitted. Of course, we have had to adapt the England and Wales Cricket Board guidance for Wales, but in spite of everything we feel quite lucky as a sport that we have been able to return fairly unscathed.

We do feel “back in the game.” In fact, we have been able to grow the number of teams in Wales during a pandemic. We are thriving and growing.

We are really lucky as a sport. Early on, the restrictions did not affect us too much because we’re fortunate in the way the game can be played.

Even early on, we could play the game individually or in twos. With the rule of six, we were able to play outdoors and it could be socially distant.

We are absolutely “back in the game” and we were back in the game early on. However, we are a big industry and we fit across hospitality, retail and tourism. The incomes in those areas have been badly hit with people not travelling.

But the clubs have adapted well with outdoor areas amended so that more people could be sat outdoors. We have been affected negatively in terms of income, but the government support and the support from Sport Wales has really helped with that.

Pre-lockdown the data suggested we had 400,000 adults swimming once a week in Wales, and 100,000 on the learn to swim framework.

We were looking at half a million people in Wales who were swimming.

So, restrictions in Wales for us have been crippling. There are over 400 public access pools across Wales and they all closed. All activity had to cease.

We knew that 80 per cent of our facilities are over 20 years old and some of them are in small areas where space is tight.

The sport has been badly hit and we are nowhere near yet to being fully operational.

How have your membership figures held up?

That’s not down to demand. There is still a huge amount of demand with every single pool and local authority fully booked.

We have 100 clubs across Wales, with 12 of them performance clubs. And it’s become a numbers game. We are trying to get 150 performance swimmers into a small capacity.

But confidence is coming back. The problem is that competitive swimming and development has taken a big blow.

The worry is that 15 or 16-year-olds have moved on to something different. If they are still in sport, then great. But the concern is that they are lost to sport and are just sitting at home using their PlayStation.

We don’t get our official membership figures until August, but we are expecting a 15 to 20 per cent increase.

We are finding that most of the growth is in male golfers, because females like to access the sport in a phased approach.

Given that fact, our main focus for the next year will be to get more females into the game.

But, overall, it’s been very positive in terms of the growth in membership despite the pandemic.

We had a significant decline in membership after the financial crash in 2008, so the growth has been fantastic. But we do need to work on the gender gap and also continue to strive for a younger demographic.

Golf has been great to help with loneliness and isolation during this last 18 months and it’s also been proved it’s a good sport to play alongside other sports. Gareth Bale has been a great example of that.

We know that we have grown the number of clubs as well as the number of sections. We have also seen a continuation in the growth of women’s cricket.

We have continued to grow U11 participation through our two flagship national products – the All Stars and Dynamos programmes.

We had set ourselves a pretty aggressive growth target in the All Stars and we’ve hit that already.

In truth, we really didn’t know how the follow on for 11-year-olds, the Dynamos product, would go. But we are among the lead for English counties, some of which have four times as many clubs and twice as many people.

I put that down to the great work of our volunteers who kept us going through all the dark times. We have been very pleasantly surprised.

How do you see the future?

We want to make sure clubs continue to do their community outreach and are proactive.

We need to continue to improve the diversity in the game and give everyone an opportunity to come into our game. That has to be a major focus for us.

It’s about encouraging clubs to make sure their weekend competitions are open to everyone – not just men.

We also need to use investment to improve facilities such as drainage, so that we he have all-round 12-month golf.

The lifting of restrictions would obviously help with capacity in swimming.

But I think we also need a proper national campaign – one that joins sport up, is relevant to all sports and makes sense to all sports, and is not just a three-month slogan.

It needs to stress the benefits of all sport for everyone in the country.

The opportunity has never been better for sport and health to collaborate. We have talked about this for years and years.

There’s never been a stronger correlation between sport and health and mental well being than as a consequence of this pandemic. And this is certainly not going to be the last pandemic in our lifetime and our children’s lifetime.

We have the opportunity to get people fitter and give them more resilience and we need to grasp this opportunity.

We’d love to take the opportunity to thank all the officials who have given their time this weekend to officiate at the Festival of Swimming! ❤️ pic.twitter.com/1opBdnz91D

We also need capital investment, because to be frank, £7m, while it’s very welcome, it won’t go very far across 66 registered sports in Wales.

There are plenty of mouths in the nest to feed and I would have liked to have seen another zero on the end of that figure.

Every investment is welcome, but we need a bolder investment if it’s to be more than a token gesture.

Places to play are always going to be the challenge. We have to work smarter rather than harder across all sports.

With regard to Welsh government and investment, I would agree with Fergus about adding a nought or two to the facilities budget.

Whatever budget you have for facilities, it is never enough and you can spend it within five minutes.

How would you assess the guidance and support your sport has been given?

I have only been here since March of last year, so I have only known Sport Wales and the Welsh Sports Association (WSA) in crisis mode.

But I have to say, my experience of those bodies in the Welsh sports sector was pretty good.

There was no playbook, but we worked collaboratively and few sports went off and did their own thing.

I appreciate it’s difficult, perhaps, for Sport Wales to lobby the people who pay them, but overall the support to the governing bodies was excellent.

I would now like to see a greater commitment from Welsh government to realising how valuable sport can be in that campaign for better public health and fitness.

As a sports sector we have collaborated well and supported each other well through the pandemic. We need to continue to capitalise on that moving forward.

The WSA have lobbied well and the Welsh government have helped navigate us through this. Sport Wales have also been helpful with their grant schemes, but we found it difficult with the UK government because of different rules – particularly on the England-Wales border.

But overall, the sports have supported each other well.

Compared to other sectors and to other countries, I think Wales has come out of this process extremely well. We have collaborated well and worked with government very well.

A wiser man than me once said that the difference between a rabble and a team is organisation.

We can build back numbers, but the greatest crime in all this would be to lose that sense of unity across sport in Wales.

When we’re together, Welsh sport continues to punch above its weight.