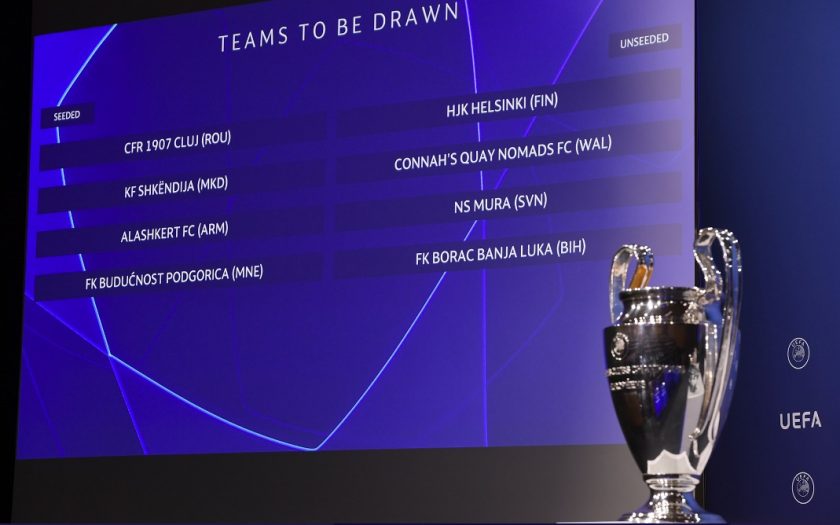 The four Welsh clubs competing in European competitions this summer have all learnt their fate today as Uefa concluded the first qualifying round draws for the 2021/22 Champions League and inaugural Europa Conference League.

The Nomads will host Alashkert at Aberystwyth’s Park Avenue ground on 6th or 7th July before travelling to the Armenian capital Yerevan a week later.

In the UEFA Europa Conference League, The New Saints and Bala Town were both drawn against Northern Irish opposition in their respective first qualifying round ties.

The New Saints will face Glentoran away in their first-leg tie on Thursday 8th July 2021, before hosting the return fixture against the Glens at Park Hall seven days later.

Bala Town will host Larne FC, who’re playing in Europe for the first time in their history, in their first-leg, which is also understood to be at Park Hall and will then travel to County Antrim for the return leg.

Newtown were draw against Dundalk, who participated the Europa League group stage last season. Newtown will travel to Ireland for the first-leg with details around the home leg to be confirmed.

SAINTS SWOOP FOR £60K STRIKER
The New Saints have made their second signing of the summer after it was announced that Scottish striker Declan McManus had joined the club for a £60,000 fee.

McManus arrives from Scottish Championship side Dunfermline Athletic and has put pen-to-paper on a two-year contract at Park Hall.

Head coach Anthony Limbrick said: “We’ve been watching Declan for a while now and are delighted to finally get the deal over the line.

“We really think he’ll strengthen our forward line, and give us different options at the top of the pitch. More importantly though, he’s a good character who will work hard for the team.”

Roscrow joined Saints in January, signing a three-year deal, following a spell at AFC Wimbledon but does not appear to feature in Limbrick’s plans. Roscrow made 5 (6) appearances for The New Saints last season, scoring twice.

LAKESIDERS MAKE DOUBLE SIGNING
After confirming the signing of David Edwards, Colin Caton has added two more players to his squad ahead of their forthcoming European campaign.

Bala have also confirmed the departure of Shaun Kelly after two spells with the club, as he joins City Of Liverpool FC.