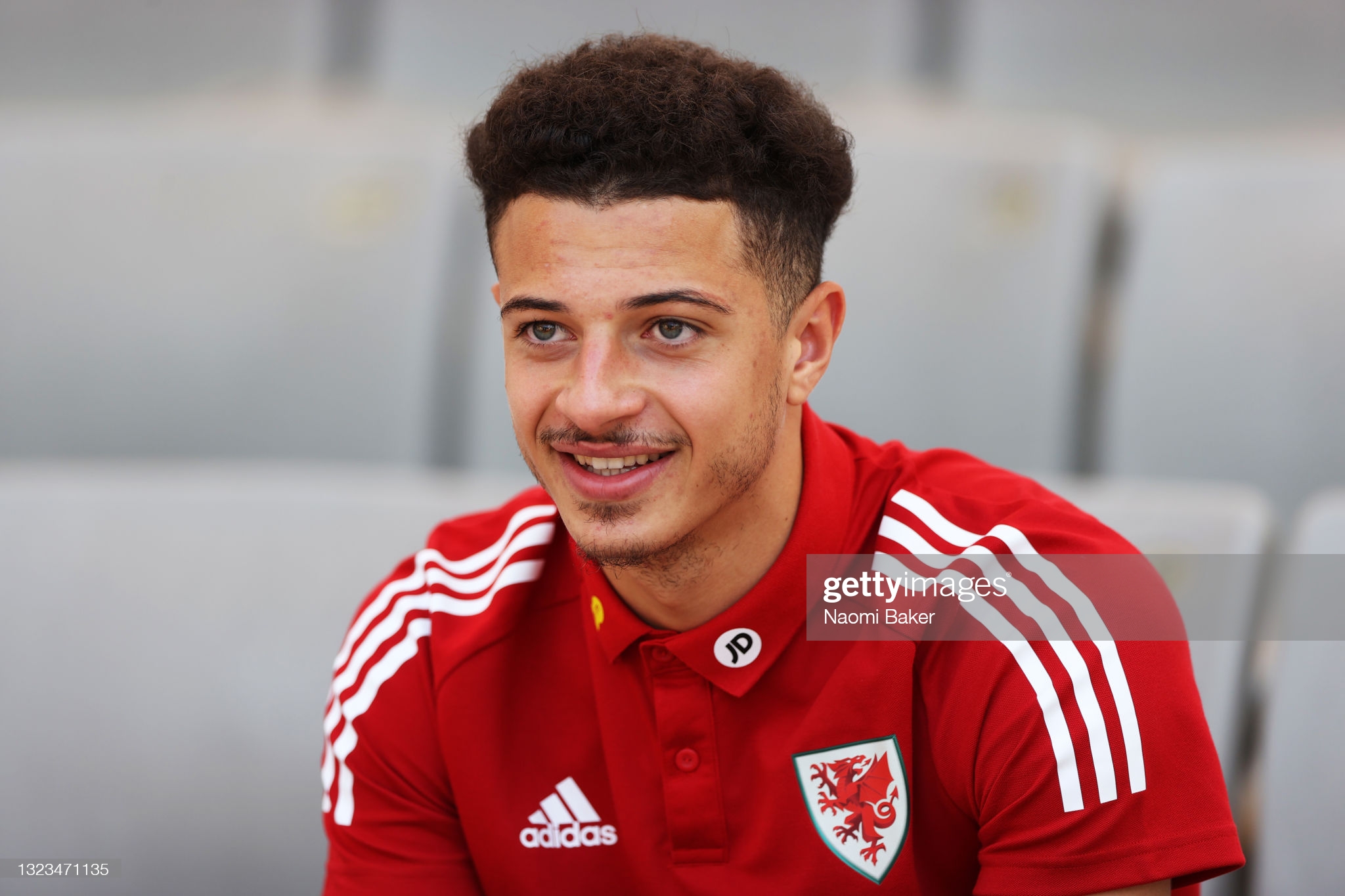 Ethan Ampadu insists Wales have no fears that their Red Wall might be drowned out by thousands of noisy Turkey fans on Wedbnesday.

The Wales midfielder know only between 500 and 1,000 Wales supporters are likely to be in the Olympic Stadium in Baku for their second Group A match of Euro 2020.

Those fans – who have paid around £2,000 each for a week in Azerbaijan and gone against Welsh government advice – will be hugely outnumbered by Turkish fans who can reach Baku by car.

Around 25,000 Turkey fans are expected to attend the match and they will create a partisan atmosphere for what is a must-win game for their side.

However, having played in empty stadiums for the past 12 months with Sheffield United following his spell on loan from Chelsea, Ampadu told Sky Sports News that Wales are relishing the occasion.

“Everyone seems to have a home game but us,” he said. “It’s good, it’s crowd noise.

“We’re all looking forward to it, we’re all going to love it. It’s weird to say but we’ll enjoy being booed. It’s the atmosphere.”

Turkey came into the Euros in good form, having recorded impressive wins over the Netherlands and Norway in March’s World Cup qualifiers, but slumped to a 3-0 defeat against Italy in their opening match.

Ampadu says Wales aren’t reading too much into that result and are expecting another tight contest.

“Turkey are here for a reason,” he said. “I don’t think the result the other day changes our opinion of them.

“They were seen as dark horses for this tournament. That can’t change off one result. They had good results coming in.

“We’re not really preparing from the result, we’re preparing for how they play and what qualities they can show, and how we’re going to try and stop that.”

Ampadu, who made a late substitute appearance in Wales’ 1-1 draw with Switzerland on Saturday, knows there is plenty of room for improvement heading into the Turkey match.

Wales were restricted to 35 per cent possession against the Swiss, with Kieffer Moore scoring from one of their two attempts on target as they came from behind to claim a point.

“A draw in hindsight, after going 1-0 down and showing the fight that we did, is a good result, a good start,” he said. “It puts us in a good position to get a result in the next two games.

“The performance, it’s hard for me to say because I couldn’t contribute. But I think everyone agreed it wasn’t the perfect game, we didn’t win 10-0.

“There are always things you can do better, it’s about learning from that and improving. But also the bits that we were good at, try to have more of those moments.

“We want to have more of the ball and dominate games, but sometimes that’s how games go. Switzerland are a good team, they kept the ball, but I also think we defended well.”

Harry Wilson claims Moore would worry any defender in world football after the striker scored his sixth international goal in Saturday’s draw with Switzerland.

The 6ft 5ins Cardiff forward had earlier been denied by a brilliant Yann Sommer fingertip save and his aerial ability was a danger to the Switzerland defence throughout.

“I know what a handful he is for every team,” said Liverpool’s Wilson, who spent last season with Moore during a Cardiff loan spell.

“Ask any defender in the world and they wouldn’t want to come up against him because of what a handful he is.

“But he’s not just that big target man, there’s a lot more to his game.

“He’s shown that this year at club level to get 20 goals – and when he plays up front for us at international level he gives us that different dimension.

“We can go a bit longer at times, beat the opposition press, and play it into him.

“We know that he’s going to hold defenders off and bring other people into play.

“His all-round play the other day was good and I feel he deserves his goal at a major tournament after the season he’s had.”

Moore’s eventful afternoon at the Olympic Stadium in Baku also saw him pick up a booking and a cut head.

The 28-year-old was injured in a collision with Switzerland’s Kevin Mbabu and after treatment he returned to the field sporting a red bandage on his head.

Wilson said: “I gave him a bit of stick about that.

“The way he had that bandage on his head I thought he had a massive gash.

“But he pulled it off and it was a little scratch. So I think he’s lost a little bit of his hard man reputation.”