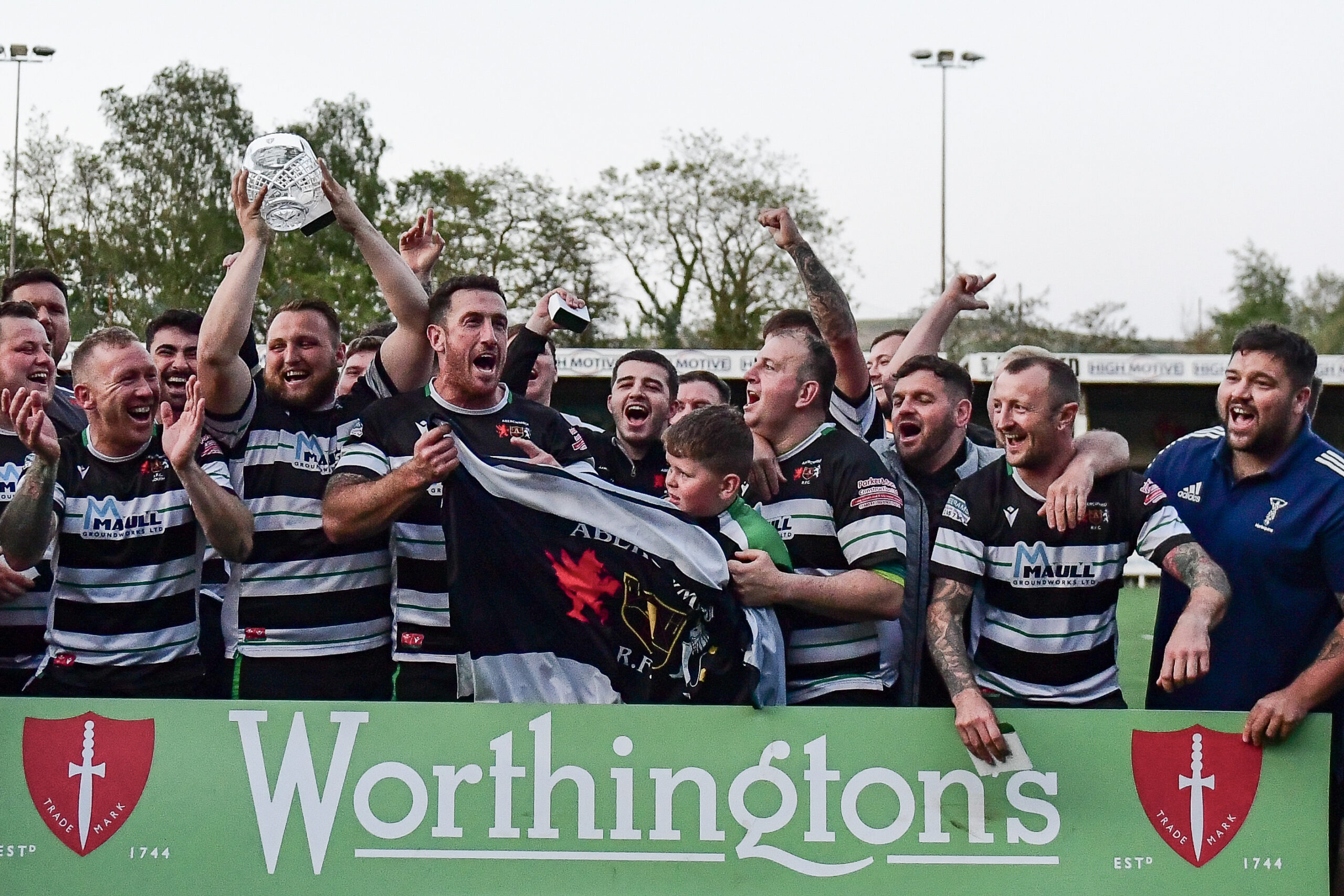 Dafydd Lockyer enjoyed being back on his old stomping ground as he helped steer Abercwmboi to an historic Worthington’s Mid District Bowl triumph with a 25-17 victory over Cynon Valley rivals Abercynon at Sardis Road.

Lockyer needs little introduction at The House of Pain, where he enjoyed a glittering 381-game trophy-laden career with Pontypridd over an 18-year period and is widely considered to be the best Welsh rugby player never to go professional.

He brought the curtain down on his iconic Valley Commandos career last year in order to take up coaching and “play the odd game” back at Abercwmboi, his local club.

Abercwmboi’s 33-21 semi-final win over Cilfynydd seven days prior had ensured centre Lockyer would get to grace Sardis Road wearing No.12 in a competitive match once more although, with Abercwmboi using the away dressing room, it wasn’t all home comforts for the Ponty legend!

His side would go on to lift the district title for the first time in the club’s history, prevailing in a hard-fought final.

Abercynon outscored Abercwmboi three tries to two with Nathan Jones, Iwan Dawes and Morgan Davies all dotting down and they more than played their part in a thrilling final.

“I didn’t think I’d play here again after I finished, but then first season I go back to my local club we end up playing in a cup final at Sardis Road,” said ex-Pontypridd skipper Lockyer.

“It was exciting to go back because of all the memories and just nice to be back at Sardis and see a couple of old friends.

“It was nice to win on it and it was a massive win for the club, considering we’d never won a district cup final, so it was nice for the whole club and a really good night.”

This was the fourth meeting of the season between these two sides and a third win from four for Abercwmboi over their near rivals.

Abercwmboi have won 10 out of 10 in Two East Central this season, including a 29-23 win over Abercynon back in March, while the sides enjoyed one win each over the other in the district stages of the WRU National Plate.

Abercynon, who had seen off Gilfach Goch 37-28 in the other semi-final, were bidding to secure a first Mid District trophy since 2011.

Williams gave Abercwmboi a sixth minute lead on the right wing, latching on to a kick from Burnett, who missed the conversion.

Burnett was though successful with a penalty attempt on 10 minutes but Abercynon hit back less than two minutes later with a try of their own, as Jack Bruford’s offload sent Jones over, with the former taking care of the extras.

Abercwmboi would take a 16-7 lead into the break after a second Burnett penalty and a try right on half time from hooker Reddick.

Burnett split the posts again after the re-start to extend the lead to 19-7 with 20 minutes remaining, but Abercynon tries from Dawes and Davies either side of a fourth Burnett penalty set up a grandstand finale and pulled them back to within five after Bruford had missed both conversion attempts.

Despite a couple of nervy moments, Abercwmboi held on and Burnett sent over a fifth penalty to seal it.

“It could have gone either way,” said Lockyer.

“There was nothing between us really and having played them a couple of times already this year we knew it would be tough, but we just held on.

“Our defence was good and that won us the game in the end, really.

“We’ve had to dig in a few games this year but we just work hard for each other, the boys give everything and in rugby that’s usually enough.”