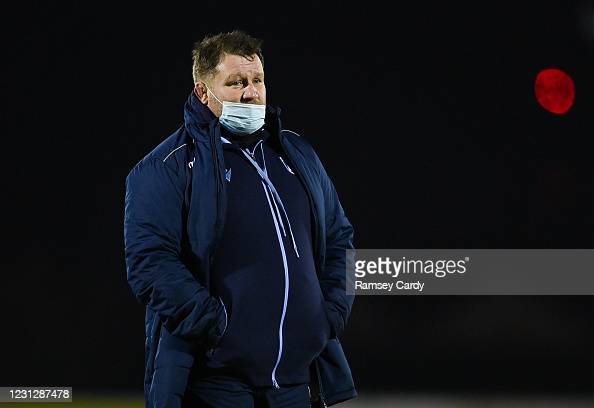 Cardiff director of rugby Dai Young, and Scarlets head coach Dwayne Peel both believe their nightmare visits to South Africa before Christmas will not be repeated.

Both regions were left stranded after an outbreak of the omicron variant of Covid 19.

Most of the blue and blacks’ squad were stuck in South Africa for 10 days self-isolating in their rooms without any interaction. A further six players had to stay for an extra six days due to returning positive Covid results.

Absolutely appalling empathy and support shown by @WelshGovernment with regards to @Cardiff_Rugby staff who are stuck in South Africa.

No special treatment requested, just support to get them back on Welsh soil so they can start their quarantine. @PrifWeinidog @Eluned_Morgan

Young is much more confident his side’s trip this month will be remembered for the rugby and not a viral outbreak.

“The world is in a much better place than it was at the time, so hopefully we won’t get any problems again,” he said.

“I’d be lying if I said we weren’t a little bit concerned about it because we lived through it last time.”

Cardiff will travel to Johannesburg next week where they will play the Lions on 13th March and then onto Cape Town to take on the Stormers the following weekend, both in the United Rugby Championship (URC).

“We need to concentrate on the rugby, or we’ll get a good stuffing out their really because they’re quality teams.”

“We want to go there and continue playing well, being competitive and getting results and points but we’d be lying to say what happened last time isn’t in the back of our minds.”

Like Cardiff, Peel’s Scarlets will also be flying to South Africa after their game this weekend for back-to-back URC fixtures. The West Walians are due to play Springbok captain Siya Kolisi’s Sharks in Durban and the Bulls in Pretoria.

“It is what it is. The clarity around things was important to us and once we understood that we have to go back, it’s just business as usual really.” said Peel.

Scarlets managed to escape South Africa the first time around but still had to isolate in Belfast before returning to Wales as the Welsh government there were no quarantine hotels in Wales.

Both regions face difficult games before they travel this weekend with Cardiff travelling to second place Ulster and Scarlets hosting third place Glasgow.