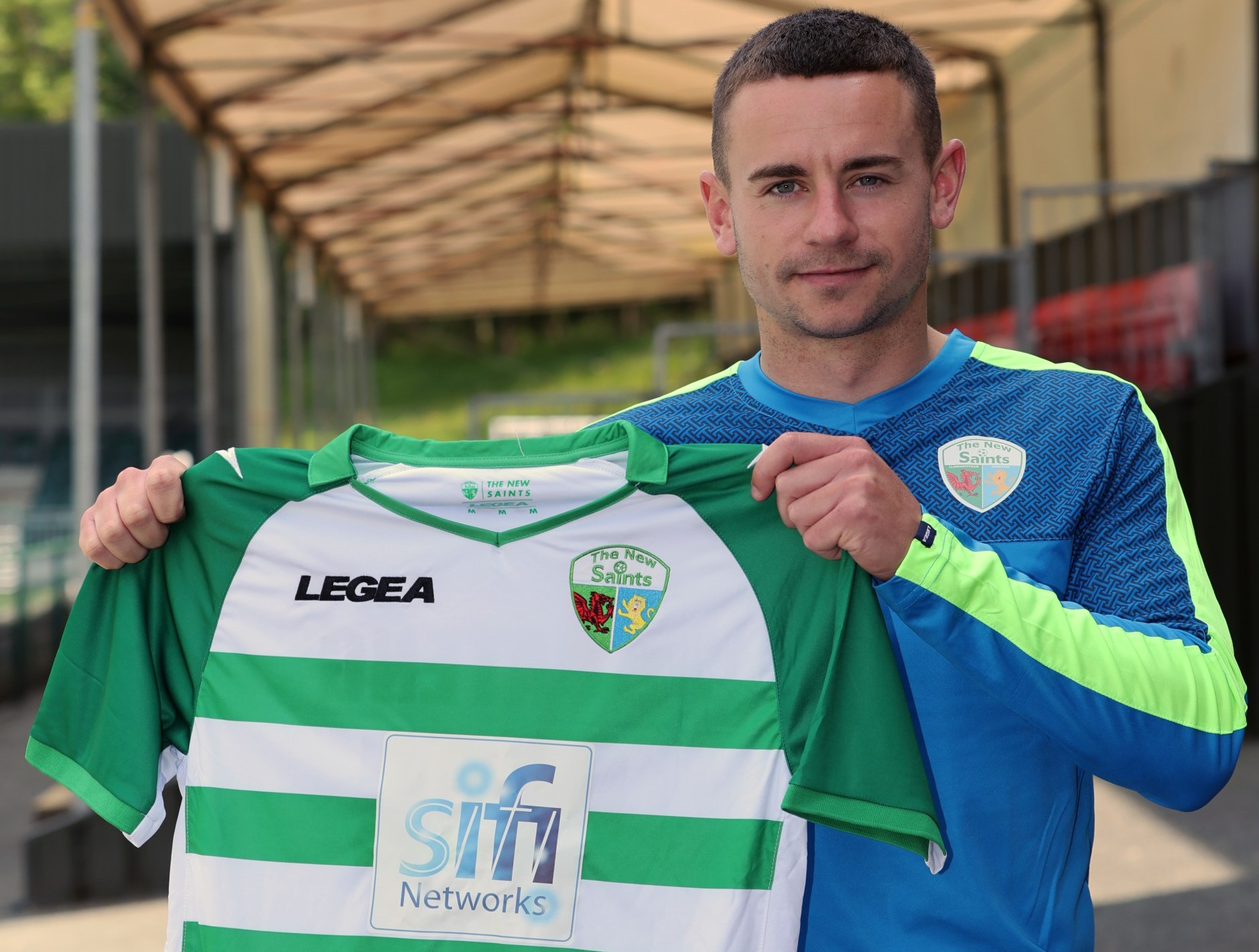 Danny Davies has become the second player in as many days to make the switch between JD Cymru Premier rivals Connah’s Quay and The New Saints.

Both players were out-of-contract at their former clubs.

Davies, who briefly played county cricket for Northants until injury scuppered his red-ball career, emerged as one of the signings of the Cymru Premier season after he joined Connah’s Quay from Cymru North outfit Prestatyn Town.

At the Connah’s Quay, Davies established himself as an pacey, attacking full-back as he became a key player in the team’s successful title defence, making 29 (1) appearances.

Speaking to The New Saints’ official site, Davies revealed that Saints had first shown an interesting in bringing him to Park Hall in January.

“I was honoured that such a great club were interested in me”, he said. “I knew they were interested in January but I was focused then on playing the year with Connah’s Quay, but when I became of contract [the move] was a good decision for me.”

Jamie Mullan moves the opposite direction ending a nine-year tenure at The New Saints, where he seven league titles, four Welsh Cups and four League Cups.

Mullen previously worked with Andy Morrison at Northwich Victoria, who believes the 33-year-old is the best winger in the league.

“I’ve worked with Jamie before, so I know what he brings to the table – for me, he is still the best winger in the league,” he said.

“Our training methods, sports science and demands will mean, like those before him, he will improve and have many successful years ahead of him.

It’s difficult to find footballers who improve your squad – at Connah’s Quay, we have shown so many times that an experienced player with a point to prove is a fantastic addition.”

Mullan will link up with his new team mates when they return to training on Tuesday 8th June ahead of their Champions League qualifying campaign.

The New Saints have also announced the departures of long-serving duo Simon Spender and Greg Draper from the team’s playing staff. While Ryan Harrington, Kwame Boateng, Adam Hughes, young forward David Lyon, and goalkeeper Robbie Williams will all leave the club out of contract.

“The club would like to place on record its thanks to Jamie Mullan, Simon Spender and Greg Draper for their invaluable contribution made towards the success of the club over the past 10 seasons,” said chief operating officer Ian Williams.

“I personally wish Jamie the very best as he continues his football journey, and welcome back Simon and Greg who will both be taking on full-time coaching roles at the club,” he continued.

Simon Spender will be working behind the scenes as the club’s Assistant Head of Performance, as well as part-time with the first-team, continuing the excellent work he was previously doing on a part-time basis with our young scholars at the club, while Greg Draper takes on a new role within the club and their foundation as an Elite Football Coach and Football Ambassador.