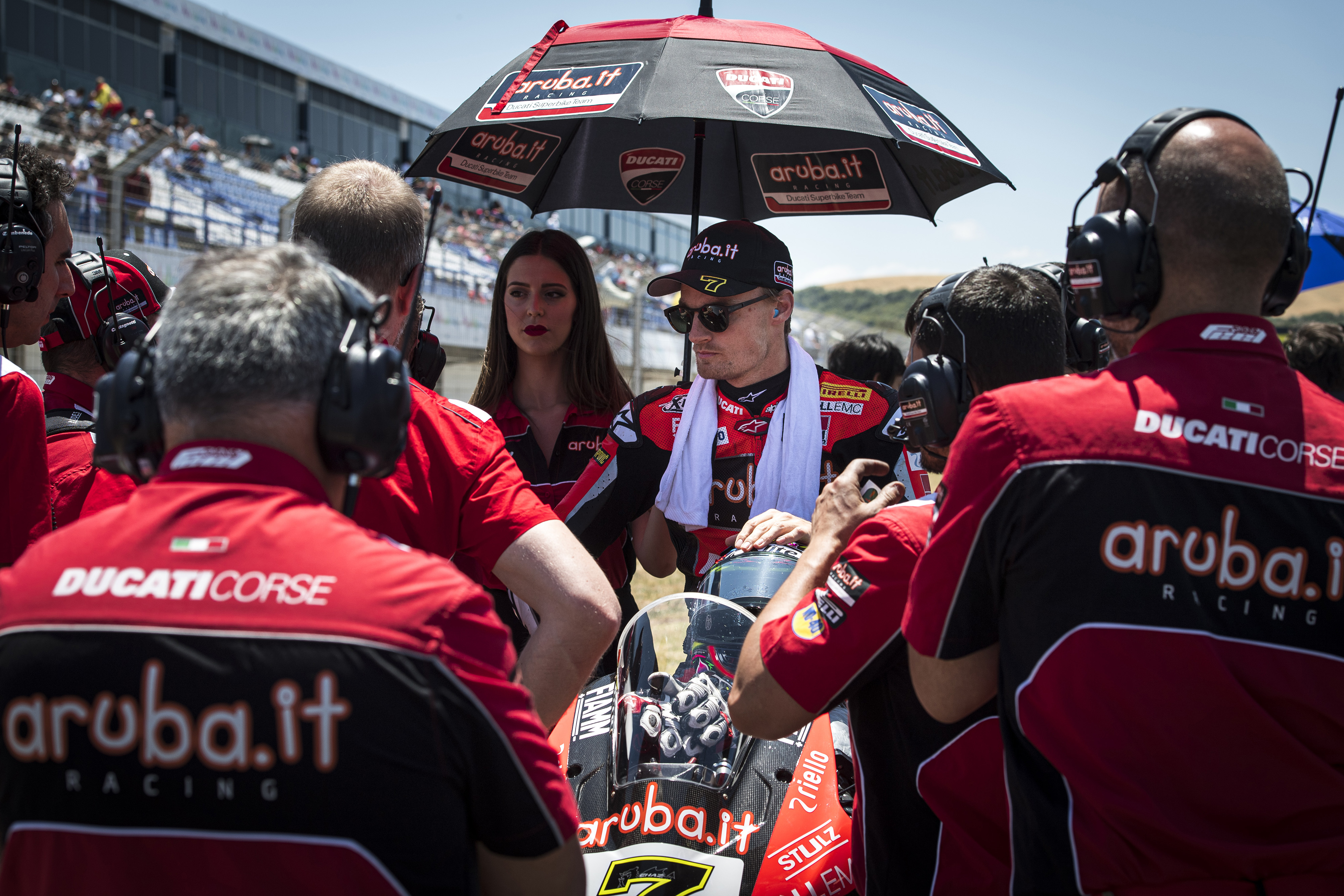 Chaz Davies was left gutted after being sent crashing out of the World Superbikes race in Jerez to complete a miserable weekend.

The Knighton-born rider saw his race ended after just six laps when he was hit by former team-mate Marco Melandri at turn five.

Davies had finished seventh in Saturday’s opening race and has now slipped two spots in the World Championship standings to eighth with 94 points.

New Aruba.it Racing Ducati team-mate Alvaro Bautista also crashed out while leading at the end of the opening lap, but the Spaniard still leads the standings by 41 points.

And Bautista, who had follow-up his victory on Saturday by winning Sunday’s sprint race, is now 206 points ahead of Davies going into the next round at Misano in Italy from June 21-23.

“I was quite aware that this was going to be a difficult weekend but I was hoping that with a good mind-set I could have got some decent results,” said 32-year-old Davies, who started Sunday’s race in 12th spot but was battling for fourth when the incident happened

“On this type of circuit, with many longish corners, I was really far away with the set-up. I had a vibration issue with the bike in the Superpole Race, but then the guys did a great job to give me a good bike for the last race, where at least I could ride it OK.

“But then I got caught up in the incident with Melandri at Turn 5. I’m OK, I just picked up a big bruise on the hip and the side of the leg.”