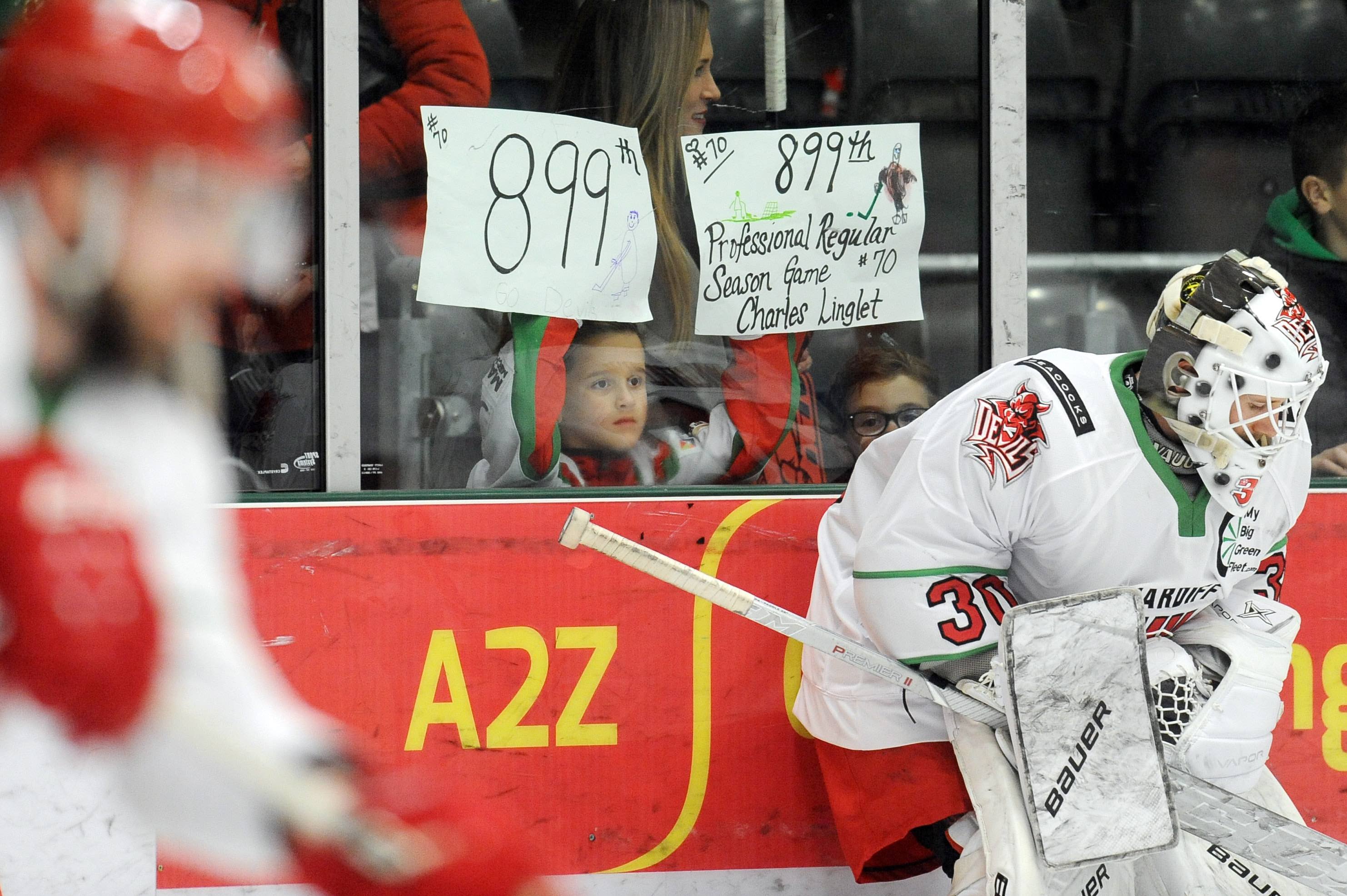 Charles Linglet plays the 900th match of his ice hockey career when Cardiff Devils take on Dundee Stars in Scotland on Sunday.

He has scored 20 points (5 goals, 15 assists) in Devils colours and has proved to be a playmaker of the highest quality

Linglet’s children held up signs during Saturday’s 3-2 overtime win against Nottingham Panthers at the Viola Arena proclaiming his 899th professional regular season match and he hits the big 900 in Dundee.

“During the first 30 minutes were back to playing our game. It was phenomenal.

“There was a relentlessness, we were on the body a lot more and the fan base wee incredible.

“That was the loudest I’ve heard all season and the boys rallied behind that.

“We were better in a number of areas, better as a team and kept going. We generated a ton of scoring chance, but did not capitalise on enough of them.

“Overall, the boys clawed out an important win.”

“All four lines were great,” said Lord. “We kept the Joey Martin and Stephen Dixon lines the same. There were thoughts about changing those, but didn’t.

“I try not to rank our lines because we have four quality forward units who can all do the job required.”

Lord described Faryna, returning after injury, as ‘the spark of all sparks’ during the match against Panthers, while Duggan celebrates with his first goal in professional hockey when he tipped in a Bryce Reddick shot.

Czech player Marek Tvrdon, a former Edinburgh Capitals forward, made his debut for Panthers, who were beaten by a Martin goal just over two minutes into overtime.

Dundee, who were beaten 3-2 in Coventry on Saturday, have played Devils twice this season. The Welsh team won both previous encounters, 3-2 and 5-2.

“Cardiff have a lot of good players and to be able to handle them, we have to keep our style of play simple and out work Devils down low in our defensive zone,” said Stars’ defence man Kris Inglis.

“Cardiff are a big team coming off the back of a great season, so we know playing against them is always going to be a tough game.

“They are high-end team with a lot of skill. The key to having a good performance against guys like that is to keep it simple and try and dictate the game with our style of play, especially at home.

“We need to be the hardest working team in any game we play just to give ourselves the best chance of getting a win.”

Stars head coach Omar Pacha: “Any game is going to be hard when you are playing the defending champions. All I want to see from my group this weekend is a response.

“Playing a team like Cardiff is a great opportunity to get right back to it at home.”

Tickets for next Wednesday’s Devils home fixture against Fife Flyers and other fixtures at the Viola Arena are on sale:.