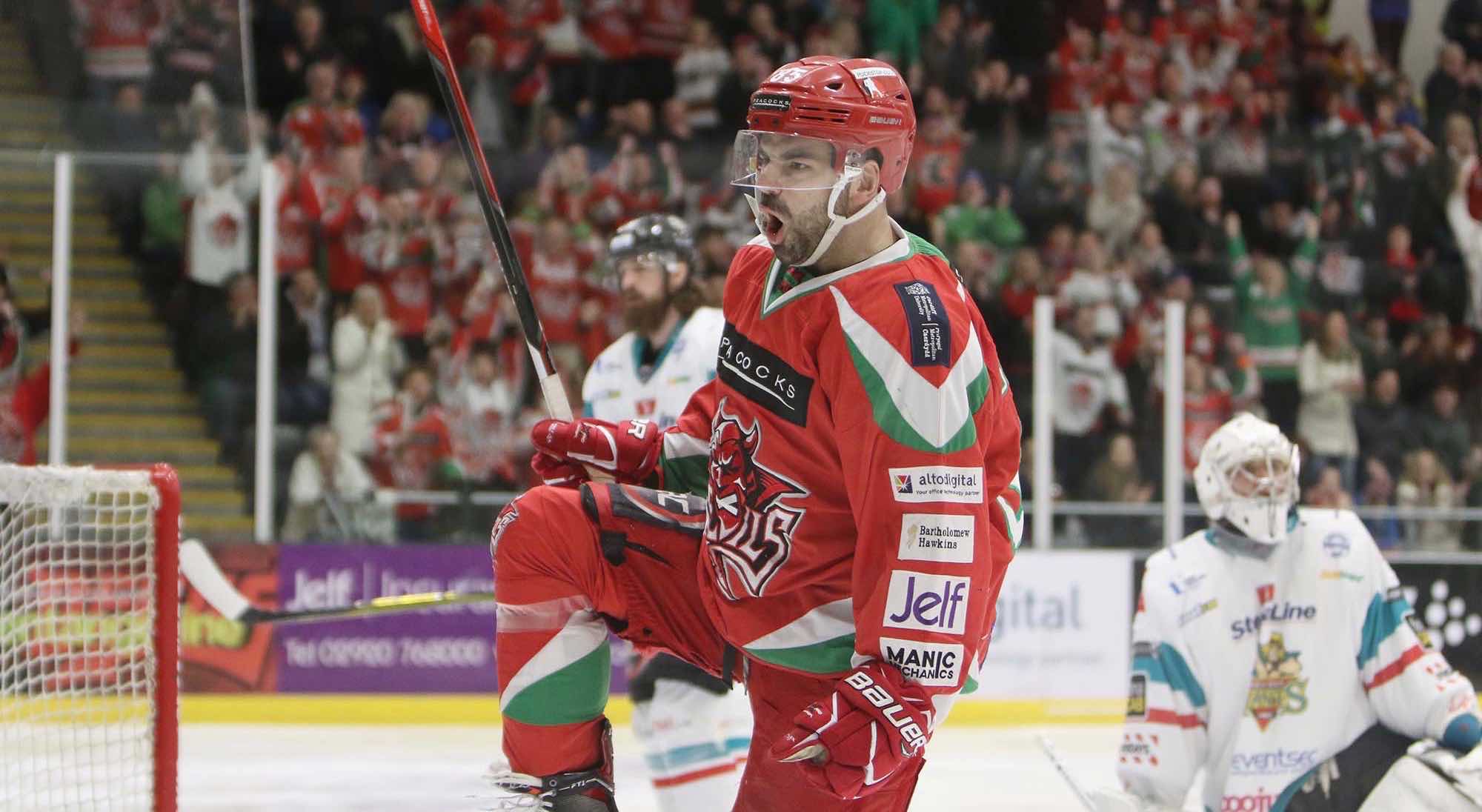 Bentivoglio, though, will return for the second game, also at the SSE Arena in Belfast, against Giants 24 hours later.

Devils, still without injured Evan Mosey, will play with one less import against Lightning tonight and Giants on Friday.

DOPS downgraded Martin Mazanec’s match penalty for head-butting, imposed by the referees, to 2+2, while Bentivoglio was hit by a ban.

Mazanec’s match penalty was downgraded under role 142 which says: ‘A player who attempts to head-butt will be assessed double minor penalty.

‘A player who succeeds in head-butting an opponent will be assessed a match penalty.’

A statement by DOPS said on Bentivoglio: “An incident occurred, deemed as a check to the head.

“The incident is deemed Category 1 – ‘Careless’ – insufficient attention or thought to avoid harm or error.

“After a drop pass play by an MK Lightning player to his team-mate, #45 Robbie Baillargeon, a check followed that is deemed a check to the head or neck area.

“With Baillargeon being a right hand shot and in a shooting position, his attention is to his right and he is considered in a vulnerable position.

“Sean Bentivoglio approached from the shooter’s top hand side, which is considered an unsuspecting side approach, and took advantage of an opposing player in a vulnerable position.

“The head contact is deemed avoidable. When approaching from an unsuspecting angle, Bentivoglio must make contact without involving the head of the opposing player as a primary contact point. The check is considered reckless and endangering, and has a high potential of leading to injury.