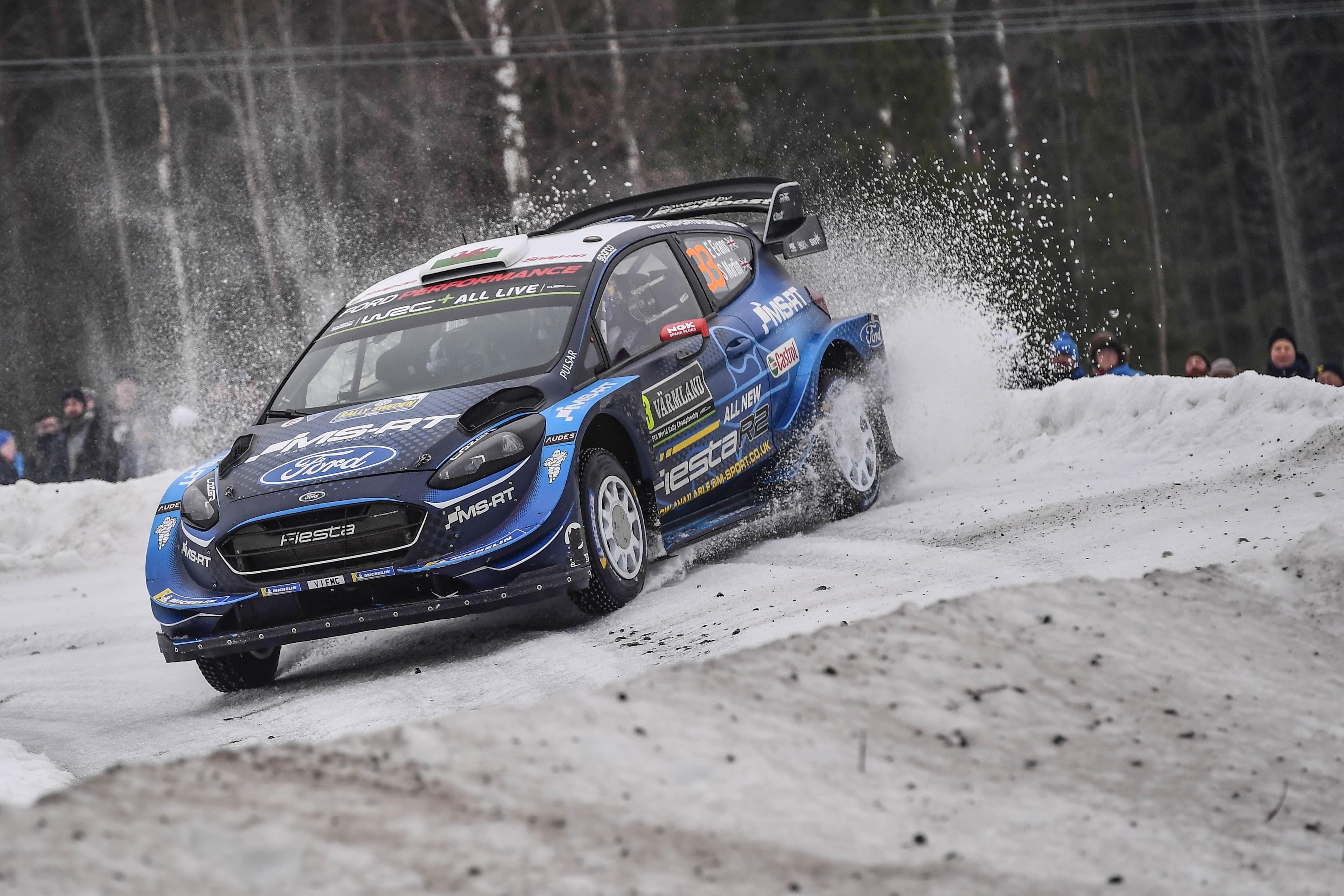 Elfyn Evans finished fifth in Sweden, with one mistake costing him a podium.

Elfyn Evans finished a very strong fifth on Rally Sweden, yet he admitted he was “kicking himself” after an early mistake cost him a podium position.

The M-Sport Ford World Rally Team driver recorded three fastest stage times during the event and was quick throughout the four-day winter rally, although he could never recover the 30 seconds he’d lost after spinning on Friday.

And that spin was costly, as he finished just 2.8 seconds behind fourth placed Andreas Mikkelsen (Hyundai) and 11.5 seconds behind third placed Thierry Neuville (Hyundai) – meaning a podium finish was most definitely there for the taking. Evans did score bonus points by setting the third fastest time on the Power Stage, to get his 2019 FIA World Rally Championship challenge well and truly underway.

But conditions were tricky – not because of snow and ice, but because of a lack of it. At times the thawing forest roads looked more like Wales Rally GB stages, which was great for Evans but not great for his studded tyres, as gravel destroys the studs and leaves you with no grip when you need it most.

Yet Evans battled hard all the way to the finish, underlining that the Fiesta WRC is still a potential rally winning car – giving the 30-year old Dolgellau driver a huge amount of optimism for the rest of the season.

“We’ve had very good speed for the most part of this weekend. I would say that we can be happy with seventy-five percent of the stages we did, but I’m just kicking myself about the other twenty-five percent which didn’t go quite as well as they should have,” admitted Evans.

“We had the potential to be on the podium so we are left with a little bit of frustration, but there are still a lot of positives. We’ve made a massive step with the car compared to last year and we already know that we’re competitive on gravel so I’m really looking forward to the upcoming events.”

Hirwaun co-driver James Morgan also reached the finish of the tough event, guiding Rhys Yates to 25th overall and 10th in the WRC2 category in a Skoda Fabia R5.