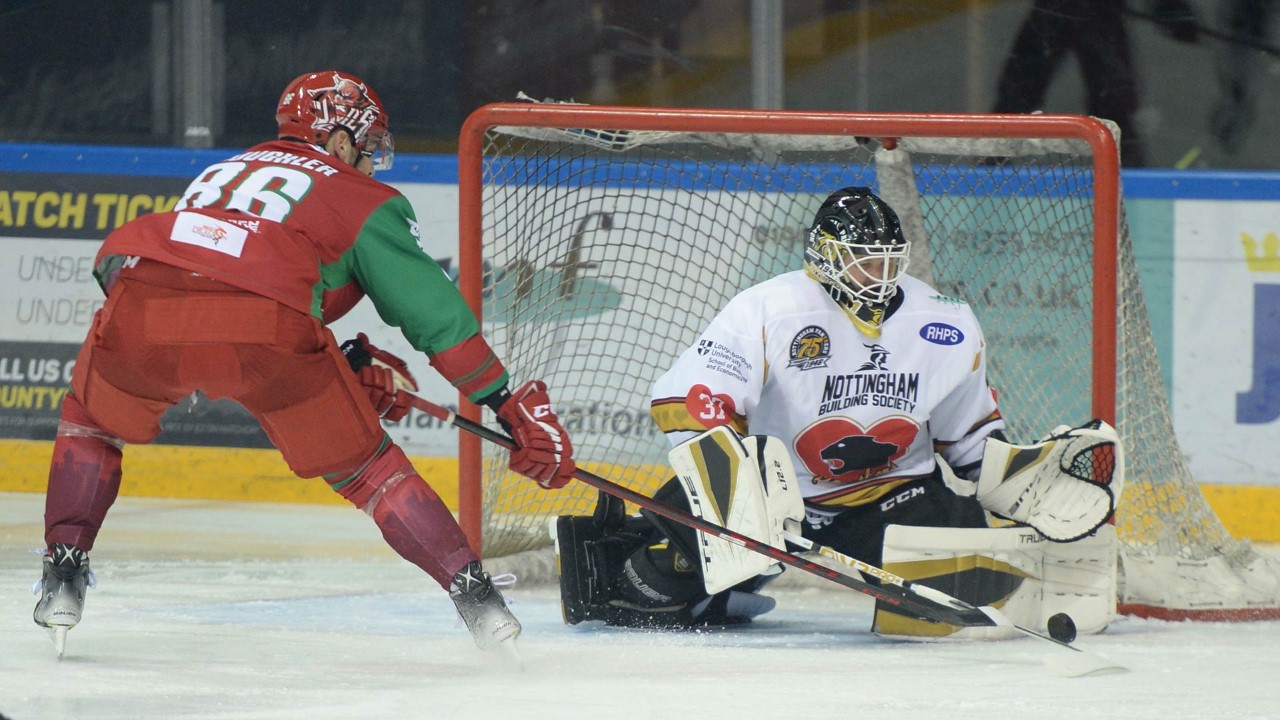 The team will contest for the annual pre-season Aladdin Cup over two games against the Nottingham Panthers with a 20-man squad as their pre-season programme draws to a close.

Devils visit the Panthers tonight (7pm) before facing them back on home ice at Ice Arena Wales on Sunday afternoon (4pm) ahead of the start of the Elite League season next weekend.

Young British talents William Kerlin, Edward Bradley, Reece Kelly and Bayley Harewood were called up to the Devils training camp as part of their two-way contracts, but returned to their NIHL clubs last week.

All four prospective players iced for the Devils in pre-season with Harewood, in particular, standing out.

The Devils improved their pre-season record to 2-2 following successive wins over Manchester Storm last weekend and are boosted by the expected return of Jake Coughler against Nottingham.

The goalscoring centre re-signed for the Devils this summer after scoring 21 goals in 33 games last season. And he is expected to skate for the first time in a pre-season game, having been previously held back as a precautionary measure.

“Coughler will be back in [this] weekend – that’s the plan,” said Dupont.

“As a precaution, we’d rather have him at a higher percent when he comes into the line-up, so it’ll be exciting to see where he’s at, but he’s been training in full, so he’ll be slotting into a line come next week.”

Coughler’s return will give Dupont plenty to consider and should give some indication as to how the Devils will line-up at full-strength for their Elite League season opener against the Sheffield Steelers.

The 86 jersey was part of a highly productive second-line for the Devils last season, alongside wingers Trevor Cox and Cole Sanford. But it remains to be seen whether Dupont will reunite the trio with Cox and Sanford playing on separate lines this pre-season.

Cox has been playing on a line with Ryan Penny and Justin Crandall, while Sanford has had a third-line role with Josh Brittain and Riley Brandt.

Devils goaltenders Ben Bowns and Taran Kozun could again get split starts over the weekend.

Nottingham will face the Devils under new American coach Gary Graham for the first time and are coming their first pre-season win.

New signing Mike Hammond scored twice for the Panthers in a 4-2 victory at Coventry Blaze on Wednesday night, to take his tally to four goals in three games.

Nottingham, who began their pre-season with two defeats to the Sheffield Steelers, will choose between new goalies Alex Debeau and Jack Perry.