Right-winger Haddad is the fifth player signed by Devils for the 2019-20…"> Joey Haddad, Cardiff Devils power forward from Nova Scotia, has committed to the Welsh club for a sixth successive Elite League season. 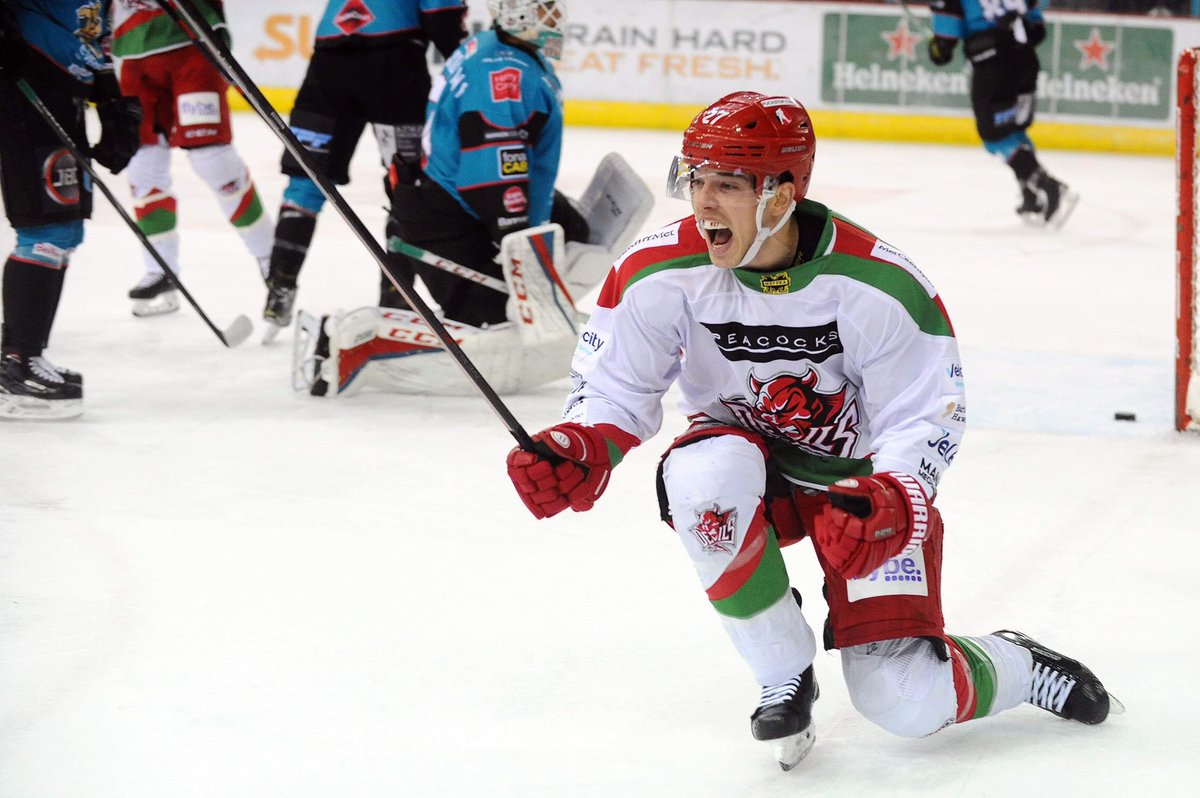 Right-winger Haddad is the fifth player signed by Devils for the 2019-20 ice hockey season which starts in mid-August.

Haddad is healthy and training hard following the injury problems which impacted on him last season and he says: “I’ve been working out for the last month and am feeling good.

“I’m delighted to be back. Devils team and the city of Cardiff mean everything to me. It’s a home away from home. My wife and I have settled on and love coming back to South Wales.”

Haddad, aged 30, has a strong link with coach Lord.

The two men first met when they played for East Coast League Wheeling Nailers in 2009-10 and Haddad says: “I am preparing for my 11th season of pro hockey and my sixth with Devils.

“Among the factors which make the Cardiff Devils organisation one of the best are the ownership (Calgary-based Steve King and the Canadian consortium), managing director (Todd Kelman), all the office staff, head coach (Lord) and, of course, those passionate supporters.

“Andrew and I have a long relationship. We first met 11 years ago when I was a rookie and he was my captain.”

Lord is delighted to be bringing Haddad back to Cardiff, saying: “Bringing back Joey is a no-brainer for us.

“Despite his struggles with injury last season, Joey still put up the points when he was fit and brings so much to the team. He is a great teammate and, having been here for as long as he has, he understands the values and ethos of this club better than most.

“I know how much this city and club mean to him. He is doing all the right things to come back stronger next season and I’m thrilled to have him back. He scores big goals and has become a real leader on and off the ice.”

Devils’ magnificent seven, who have played for the club in each of the last five seasons, are Ben Bowns, Batch, Mark Richardson, Haddad, Martin, Jake Morissette and Matthew Myers.

“Our success in that time comes from having that core group year after year,” said Haddad. “They make it easier for new guys to come in and know what is expected.

“It helps the whole thing run smoothly and eliminates distractions. Everybody pulls on the rope the same way.

“I feel good knowing I’m not the only sixth year guy on the team. That’s comforting and gives our club a family feel.”

The injured Haddad was on the team bench alongside coach Lord and assistant Luke Piggott for the play-off final against Belfast Giants in Nottingham last month.

“We finished on a high by winning the play-offs,” says Haddad. “That was satisfying, but our vision for next season is to get better and improve again. We lost the league title on a tie-breaker, one shot, one goal over 50-odd games could have turned that in our favour.”

He joined Devils from East Coast club Gwinnett Gladiators where he spent three seasons and was captain in his final season.

Haddad, from Sydney, Nova Scotia, played 64 American League games and 263 ECHL games before making the move to Cardiff during the summer of 2014.

Despite struggling with injury from Christmas till the end of the season, Haddad played 58 games across all competitions during 2018-19 and recorded 44 points (17+27).

Devils play a series of challenge matches against European opposition at home to launch their new season.

They play in Champions League hockey for a third successive season and have arranged warm-up games in August.

Devils will host three different European opponents in pre-season action as they build towards the start of the Champions Hockey League at the end of August.