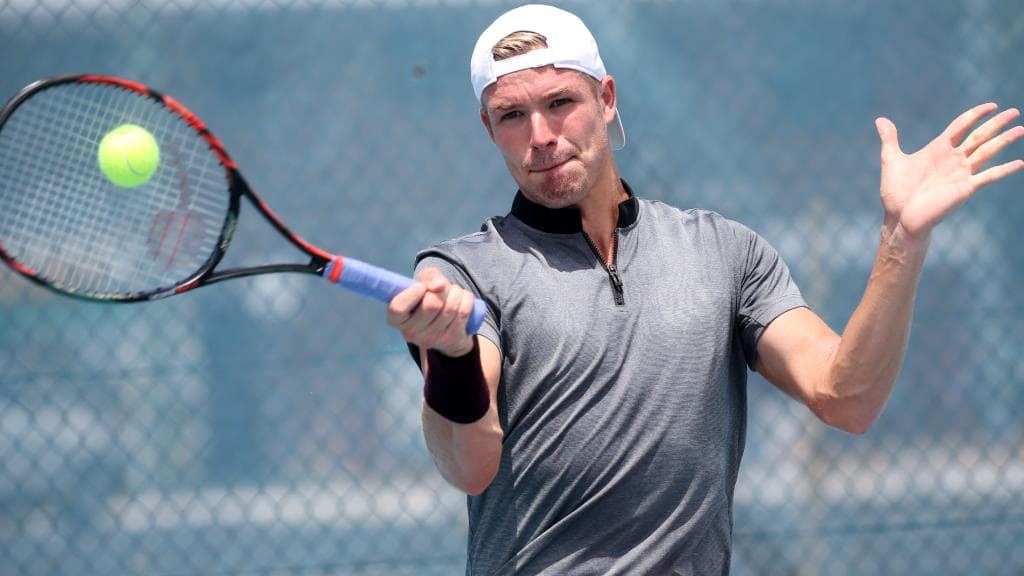 Evan Hoyt's stunning form has earned him a wildcard entry to Surbiton event.

Welsh tennis number one Evan Hoyt’s brilliant form over the past year has been rewarded with a wildcard place at next week’s prestigious Surbiton Trophy in London.

The ATP Challenger event, which begins on Monday, is the traditional curtain raiser to the British grass court season leading up to Wimbledon.

Hoyt has been given one of just five wildcard places in the main men’s singles draw, which features 10 of the world’s top 100 ranked players.

Featuring alongside the Llanelli right hander in the men’s draw will be the likes of three-time Wimbledon quarter-finalist and Spanish Davis Cup star Feliciano Lopez and Wimbledon semi-finalist Marcos Baghdatis.

Among the other British players to be awarded wildcards is 19-year-old Paul Jubb, who recently hit the headlines by becoming the first British winner of the prestigious US college NCAA singles title, following in the footsteps of Jimmy Connors and John McEnroe.

One of the international wildcards in the men’s doubles tournament is former Wimbledon champion Lleyton Hewitt, who himself has Welsh heritage and is said to be named after former Swansea City and Wales winger Leighton James.

The Australian, who also competed at last year’s tournament, made his professional grass court debut at Surbiton as did eight time Wimbledon champion Roger Federer.

Lawn Tennis Association tournament director George Donnelly said: “We are very happy to welcome Lleyton Hewitt back to the Surbiton Trophy after his appearance in 2018.

“It is also very exciting to welcome Paul Jubb, following his great win in the US, to join other young British talent who have been awarded wild cards to the event.

“Ticket holders will have a great opportunity to see a former Wimbledon champion in action alongside a wealth of future talent.”

The former Junior Davis Cup winner is hoping a good showing during the English grass court season will lead to a place at the Wimbledon qualifying tournament which starts at the Bank of England Sports Centre in Roehampton on June 24.