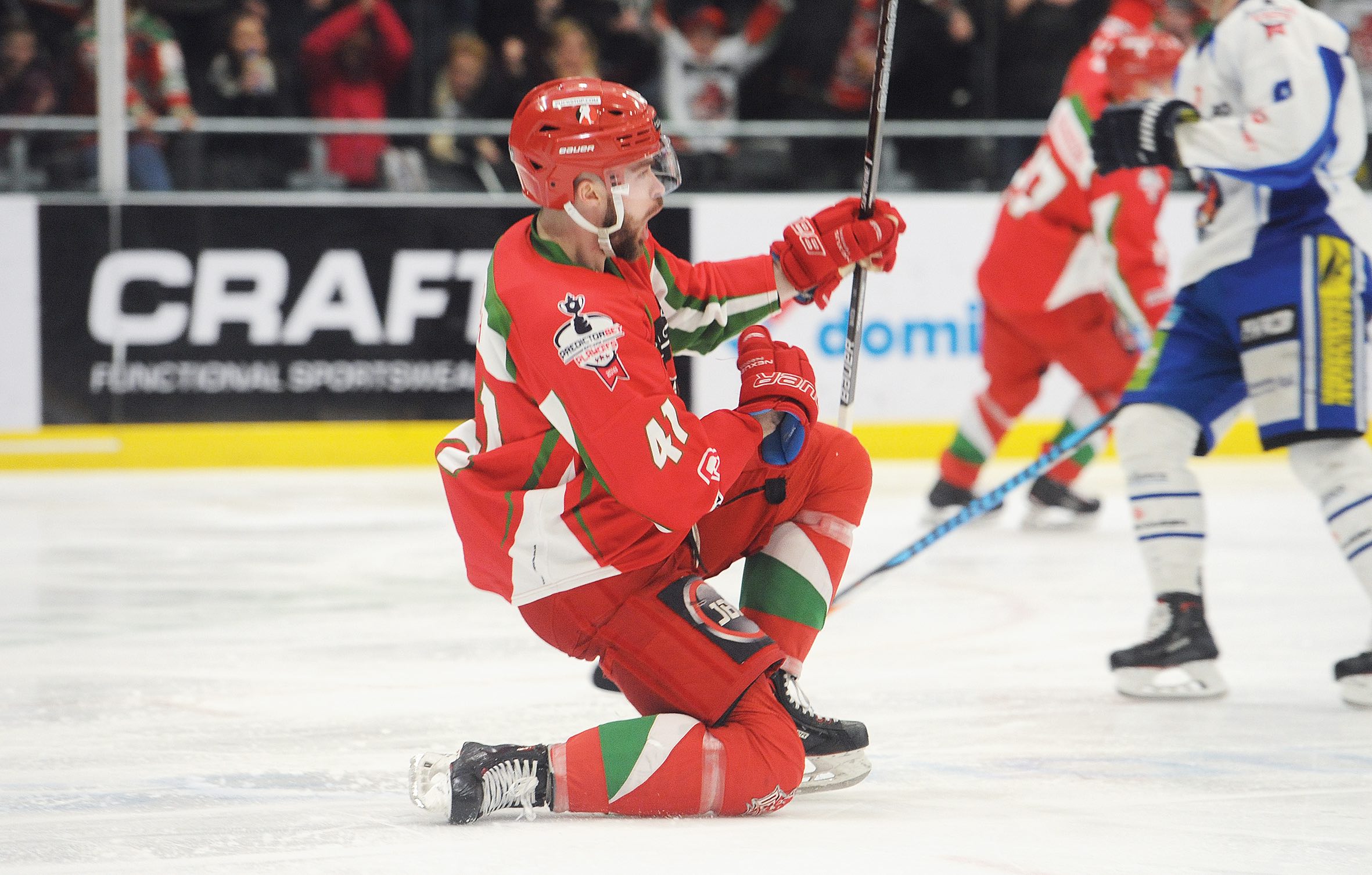 They still have a slot open for a high-end defenceman, although head coach Andrew Lord will stay patient and ensure he brings in the right man.

Devils have identified a couple of players who could fit at the Welsh club, but it is likely to be next month before anything is finalised.

The form of big-hitting Josh Batch, who has been outstanding on the blue line, has eased Devils’ concerns after Tom Parisi decided British ice hockey was not for him after signing and coming to Cardiff.

Parisi may have made a difference in Champions League hockey, where Devils were edged out in tight matches against top quality opposition in Red Bull Salzburg and SC Bern, but Lord’s men opened their domestic campaign in style.

Justin Faryna, Devils’ exciting Canadian forward, is ruled out by injury, while defenceman Mark Richardson is also on the mend.

Steelers, who entertain Devils on Sunday, have added a new forward to their roster.

Veteran winger Brendon Brooks flies into the UK today and will play for Sheffield against Manchester Storm away this evening.

Over the last three seasons Brooks has played for Braehead Clan and Fife Flyers, scoring 75 goals and 163 points in 182 games.

“Brendan is a proven goalscorer and is coming in with a point to prove,” says Thompson. “Brendan knows he is coming into a difficult weekend with games in Manchester and against Cardiff but will immediately jump into the line-up all being well.”

Coventry Blaze goalie has explained how he came to be playing at their ’SkyDump’ Arena.

Wiikman, who will be between the pipes for Blaze when they play Devils at Ice Arena Wales this evening, laughs about the now infamous tweet he posted while at Nottingham Panthers.

He referred to Coventry’s SkyDome Arena as the ‘Skydump’ and the tweet was quickly discovered when his signing was announced.

“I like it at Coventry so far and I was happy to get a contract at all,” said Wiikman. “It was a quiet summer for me and there was nothing that caught my interest so I was almost ready to retire until Blaze coach Danny Stewart called.

“I agreed to come straight away and I’m just happy to be playing, but I was ready for the call as I waited for something to come.

“I like to keep in shape anyway and even if I had retired, I would still be doing that so that wasn’t an issue.

“As for that tweet, I can laugh about it as I sent it out long before coming to Coventry was an option.

“It was a stupid thing to do at the time and I never thought I would end up playing in Coventry, but things happen for a reason and now that I’m here, I keep hearing a lot about it, but it’s something to smile about now.”

Wiikman, aged 33, says: “We’ve beaten Cardiff before, during pre-season, and showed we can compete against the biggest and fastest teams in this league. We have a chance.”