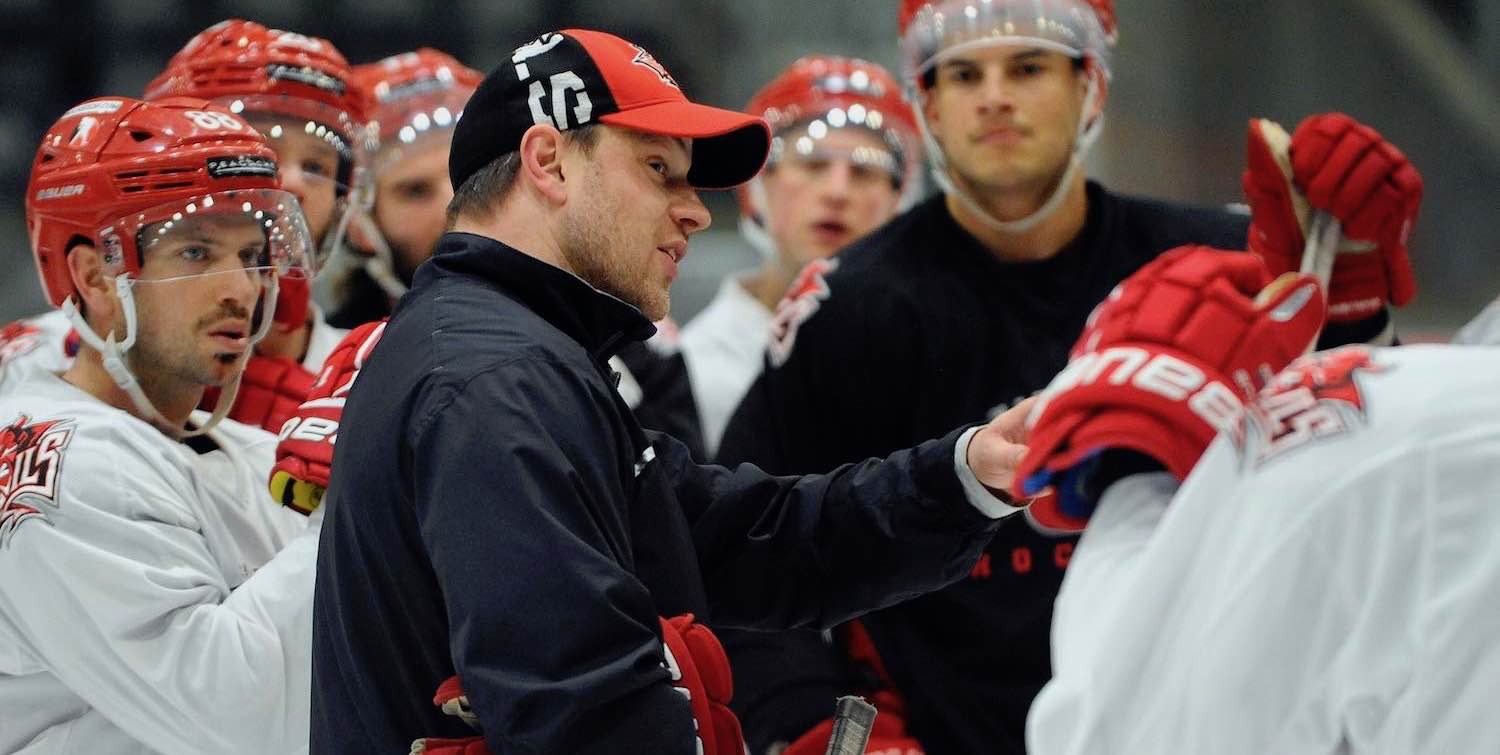 Cardiff Devils have started their pre-season training camp and are three weeks away from their first competitive match.

Devils players took to the ice for their first day of training camp this morning in preparation for the 2019-20 season.

All the remaining players arrived safely over the weekend to join the rest of their teammates.

“I’m excited to get going,” said head coach Andrew Lord. “We have a handful of new players and a solid core of returning players that all seem ready to roll this week.

“We are going to get the kinks out over the next couple of days, get to know the new guys on and off the ice and be ready for some top level pre-season competition on the weekend when we host Fehervar from Hungary for two games.”

Devils fans can take a first look at the 2019-20 Devils squad on Wednesday evening when the club have an open training session at Viola Arena.

There is the opportunity to pre-order your new jersey and try on samples to get the right sizes.  You can also go skating on the main pad at Viola Arena from 6pm.

7.15pm Devils take to the ice for an hour of training

Ulmer, aged 38, spent the last three seasons in Cardiff, putting up 146 points in 160 regular season games. He also hit five goals for the Devils in the Champions League, including four last campaign.

Ulmer was drafted by Ottawa Senators in 1999, and spent five seasons in the AHL with one NHL game before heading to Europe in 2006.

After spells with TPS, Frankfurt and Graz, Ulmer then spent seven seasons in Italy before heading to Cardiff.

“We have a young team, full of players new to the EIHL,” said Storm head coach Ryan Finnerty. “I wanted to get some leadership and the opportunity to sign a player who has experience of winning in our league was a bonus.

“I am really excited by our mix of youth and experience and excited to coach this team.”

The 33-year-old has been captain of the Sweden’s Växjö Lakers for the past four seasons and played for the Swedish top-flight outfit for his entire eight-year European career.

In league and play-offs combined, Reddox has played 454 games in the SHL, scoring 167 points.

“I have watched Elite League for a while now,” said Reddox. “I had a call from Steve Thornton at the Giants and luckily we were able to work something out.

“I am really excited to get to Belfast and meet the team, staff as well as the fans.

“I am an energy guy and team first. I’m not scared to go to the hard areas and every night Belfast will get 100 per cent from #85.”

Single game tickets for pre-season and Champions Hockey League matches are now available along with the seven-game ticket pack.