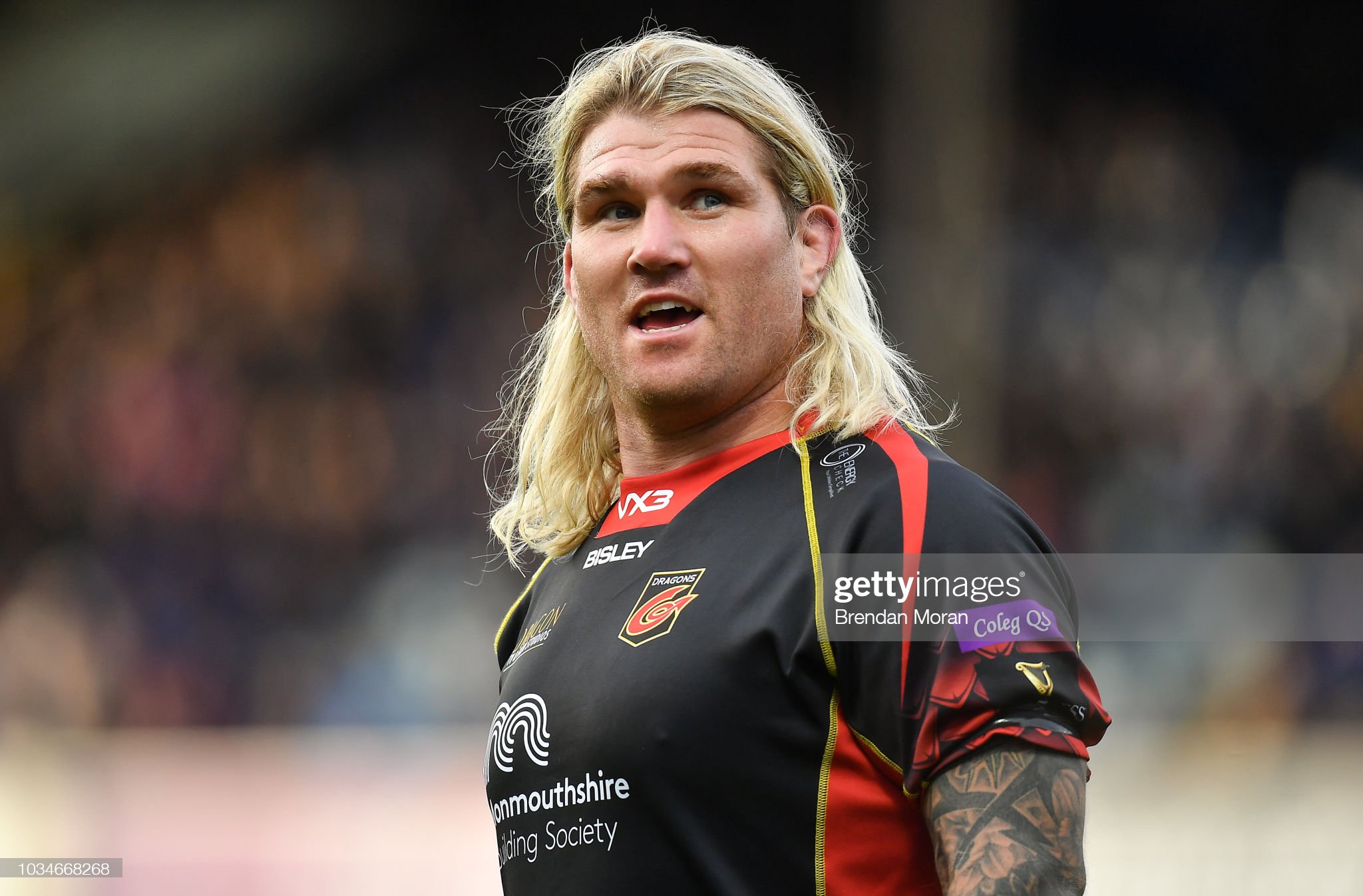 Richard Hibbard insists the Dragons are capable of a shock win over Gloucester this weekend – but reckons it will need a lot more than that to lift Welsh rugby out of its current malaise.

In a match that could be dubbed the “Hibbs derby”, his former region host his previous club in the European Challenge Cup at Rodney Parade.

The former Wales and Lions hooker was a firm fan favourite with both sets of fans, whose teams meet on Saturday night in a match that is live on S4C.

Hibbard – who was forced into retirement through injury at the age of 38 in January – insists the Dragons can overcome their awful record of just one win all season.

But he has real concerns for the future of the game in Wales that even an unexpected upturn in mood on Saturday night will not fix.

“The Dragons are always capable of getting a win when no-one expects it,” says Hibbard.

“I was involved at Gloucester when they beat us in this competition back in 2016. They can raise their game at home.

Imagine looking up and seeing Hibbard about to tackle you? Terrifying stuff. https://t.co/VPgP4BSvmM pic.twitter.com/4kQxXSOlJ8

“But it’s been a really frustrating season. The boys are trying so hard and maybe that’s adding to the pressure.

“They are not a million miles away but the players in that squad are better than what their results are showing at the moment.”

The Dragons’ weaknesses were ruthlessly exposed in South Africa last week, where they were savaged 51-3 by the Sharks after being brusied by the Bulls, 55-20.

Whilst Hibbard agrees on that point, he also believes that only urgent attention to the structure and finances of the game in Wales can lead to recovery.

Gloucester, he says, like all the Gallagher Premiership clubs, make use of a thriving Championship underneath as well as their well-funded academies.

It’s a situation, he says, which needs to be replicated in Wales if the regions are to compete.

“We were so lucky with our success at the top level for the past decade,” adds Hibbard.

TEAM | The team is to take on @gloucesterrugby at Rodney Parade in the @ChallengeCup_ tomorrow night, 8pm KO!

“That Wales team has been phenomenal and Warren Gatland was phenomenal.

“But while that top level was doing well, the rest was just forgotten about. Now that Wales are not doing well, a torch has been shone on what’s underneath and it’s not a pretty sight.

“Something needs to change. We need to invest in the game beneath the national team so that structures like the Welsh Premiership have a proper role and purpose.

“The English Championship is a very strong, competitive league. It means that lots of players who come into the top tier are already used to tough, high-quality, intense rugby.

“Why can’t we have that with the Welsh Premiership?

“We can’t just have the academies as the only route because that just narrows down the options.

“My big concern is that Covid has hit the numbers playing rugby at the grass roots and once kids start kicking a ball about instead of throwing a rugby ball around, it is going to be hard to get those kids back.

“We need strong local clubs that feed into a strong Welsh Premiership.”

Here is your team heading back into Europe

Hibbard would have been enjoying the company of friends at both clubs, if he was able to be in Newport on Saturday.

Instead, he is in enforced Covid quarantine as he prepares for a major operation on his shoulder at the start of next week – his injury an unwanted legacy of 20 years spent throwing himself into battle for every team he played for.

“I’m gutted I can’t be there. It would have been a great night to catch up with mates on both sides.”

He does, though, have some practical advice for the Dragons as they seek to keep alive their hopes of making the knockout stages of the tournament – something the Cherrie and Whites have already achieved.

“One thing the Dragons cannot afford to give them is penalty chances in the mid-third. Otherwise, they will just kick to the corner and they have one of the best strike rates from a driving maul in the Premiership.

“That will be a tough task if they give away a lot of penalties.

“Like the Dragons, Gloucester went through a transitional period and it’s worked out well.

“They have no superstars, just a good team of hard-working players who all play for each other.

“They have slipped with the last two results and losing at home to Wasps must have been a tough one to take.

“But they will feel confident going to Rodney Parade, especially with a very solid set piece.”

Live coverage of the match between the Dragons and Gloucester in the European Challenge Cup, from Rodney Parade. Kick off 8.00pm.