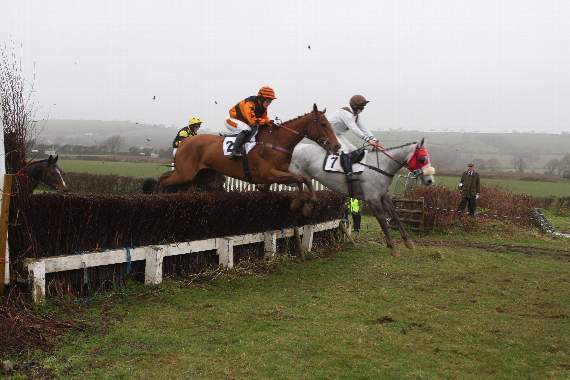 The meeting has attracted 82 entries in all with the feature race, The Connolly’s Red Mills Intermediate Race, boasting 10 strong entries.

The impressive Highway Jewel could make it three from three for David and Bradley Gibbs after winning both her Maiden and Restricted races this season.

Jack Tudor could partner either Ruperra Tom or last time out winner Welliemix in the race.

If Diana Ralph makes the trip to West Wales with Damut I’m Out he should go close. As should the Jonathan Phillips trained Oscar Fiain with Morgan Winstone on board.

In the opening Hunt Members Race Midnight Folie looks to be the one to watch for local trainer Amber Mathias with Ben Jones on board, but it would be fantastic to see the prolific Rosies Peacock show some of his old form to win this contest at the age of 16.
Mickey Bowen has two entered with The Doc and Daisy Back.

We could see Mary Evans’ Shrewd Tactics lose his maiden tag on his debut between the flags with granddaughter Isabel Williams in the saddle.

The Ladies Open Race looks to be a hot one with entries including the consistent Hold Court and Patricktom Boru. If Moral Hazard runs in this race rather than the Men’s Open he could give local young rider Emma Muscutt her first winner.

Neither Gareth Moore’s Watch The Birdie or the partnership of Anna Lewis and Tiger Rag should be disregarded though.

Of the 22 entries in The Open Maiden, Hitroadjack and Ardview Boy for Amber Mathias have been placed in their latest starts and should go close.

Tim Vaughan has three entered with 4-year-old Loco Coco catching the eye after finishing third first time out at Bangor-On-Dee last month.
Mickey Bowen has both Keeper Chris and Norman Valentine entered, either of those could be in with a shout as well as Morehurrylesshaste for Kieran Price and Jodie Hughes, who is always a popular winner at her local course.

The Mens Open race see’s eight horses entered. Jack Tudor could continue his winning streak if riding either Northgeorge or High Hatton, while Ryan Potter’s Don Bersy could get up to help continue Bradley Gibbs’ excellent form this season.

In the Open Maiden for Seven Years And Over the 9-year-old Airpur Desbois looks promising for Gareth Moore and James King along with the 7-year-old son of Midnight Legend, Seniergues, who should go well for Jonathan and Jack Tudor.

Other entries include Italian Symphony, a 9-year-old mare by Galileo who is looking to complete her first point-to-point with Byron Moorcroft on board.

The last race of the day is the Restricted Race. Both of Luke Price’s entries, Deshan and Holy Water, were winners last time out, as was the 6-year-old Premier Magic for David Gibbs.
Others to note are the consistent Design Plan for Emma Mosely, Corbett Court for Byron Moorcroft and Thomas Faulkner’s Gowell.
The first race starts at 1pm and the going is currently Good with watering planned to maintain safe ground on Monday.

There will be a licenced bar and refreshments available.

A Rodeo bull, bouncy castle and inflatable slide will be on site (weather permitting).

Easter Monday racing at Lydstep is a long-standing Pembrokeshire tradition welcoming local people and visitors for a great family day out.