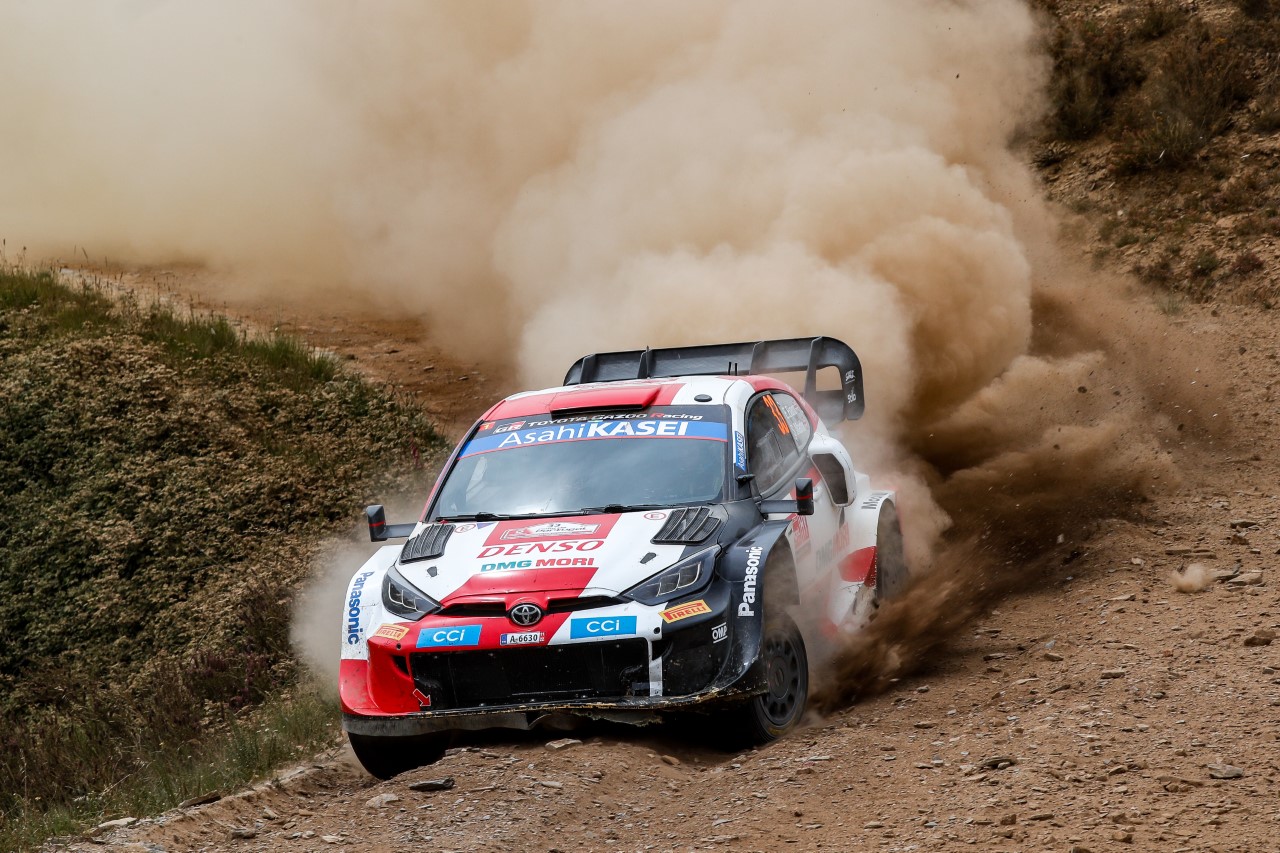 Elfyn Evans in action in his Toyota GR Yaris Rally1 at Rally Portugal.

Elfyn Evans scored more FIA World Rally Championship points by finishing second on Rally Portugal – his first podium finish of the season – than he had done in the first three rallies of 2022 combined.

It’s rocketed him from ninth to fifth in the drivers’ standings.

But the result hasn’t exactly got his title challenge back on track.

The thorn in his side is his Toyota team-mate Kalle Rovanperä.

The young Finn just pipped Evans to victory in Portugal.

Rovanperä has now scored three wins from four rallies and is way out in front at the top of the drivers’ points table.

With nine rallies remaining, it’s far from over of course – although Evans is 70 points adrift of the leader and that’s a huge deficit to claw back.

Co-driven by Scott Martin, Evans was on brilliant form in Portugal.

He took the lead on SS2 and held it (all bar one stage) until SS15.

But as several of his rivals succumbed to the rough gravel conditions, Evans was always in a very close fight for victory.

He was 18.4 seconds ahead at one point, but never more than that.

Then Evans was caught in a sudden and torrential shower of rain, unhelpfully as he was driving through the longest stage of the 2022 season so far.

That not only cost him time, but it also allowed Rovanperä to snatch the lead.

Nothing much could separate them over the final six stages with Evans coming home second, just 15.2 seconds behind Rovanperä after almost four hours of flat-out competition.

“Hats off to Kalle for the victory, he has done a great job,” said Evans at the finish.

“We had a good start to the rally, but he has been very fast towards the end of the weekend.

“I was not quite as happy with the feeling today; I wasn’t able to fully relax and deliver as I would like.

“So there are naturally still some areas for us to work on with the car, but the performance in general has been very strong for the first event on gravel.

“Although I’m disappointed with the outcome today, it’s nice to be back on the podium and we should be able to build from here.”