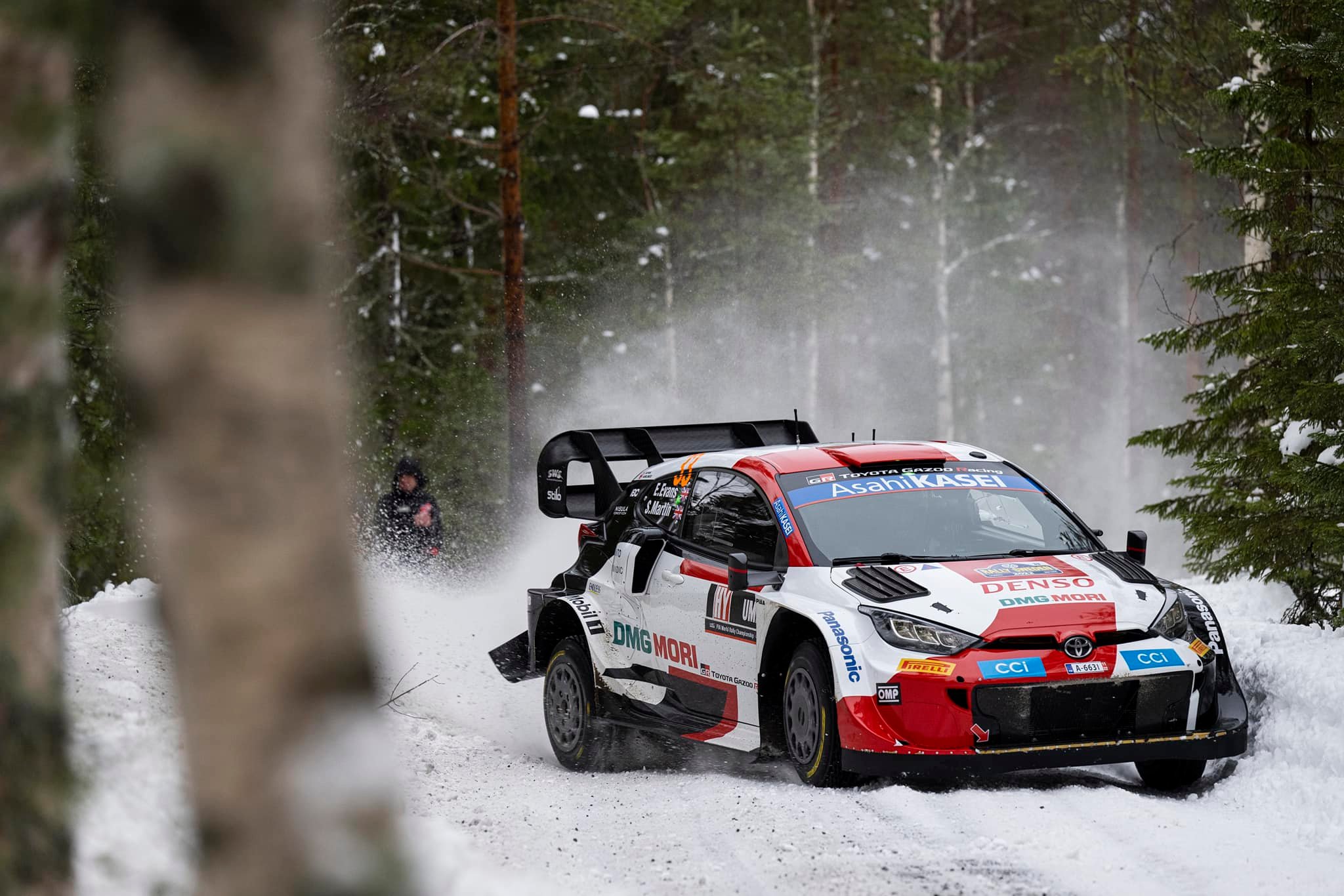 Crashing out on the final day of a FIA World Rally Championship event is the one thing drivers dread, for without the option of restarting and at the very least throwing everything at the closing Power Stage it guarantees a zero points outcome.

And that’s exactly what Elfyn Evans did at Rally Sweden.

Worse still, he’s gone from pre-season title favourite to languishing in 13th place having scored just four points out of a possible 60 in the first two rallies.

But don’t write the Dolgellau ace off just yet!

He was second at one stage on the opening Rally Monte Carlo, before sliding backwards off the road for 20 minutes and finishing 21st.

Evans was second in Sweden and challenging for a back-to-back winter win when his Toyota GR Yaris Rally1’s hybrid system deactivated, owing to a glitch.

He spun at high speed into a snowbank, ripping the front bonnet off and damaging the radiator – and was forced out when the hybrid unit wasn’t showing the green light as required by the FIA safety protocol.

Tor calon i Elfyn & Scott wrth iddyn nhw fwrw bancyn o eira ar gymal 16 💔
This is the moment on SS16 where Elfyn & Scott's hopes of a result in Sweden came to and end, gutted for them! 💔😞#RallySweden #WRC #EE33 #WRC2022 pic.twitter.com/MZhsnfrLy8

Looking at the current points standings, it might look like Evans is no longer title favourite – but his speed and experience tell a different story.

Furthermore, there are 11 rounds of the WRC remaining – plenty of time to reboot, come out fighting and turn those battles for victory into maximum points scoring results.

There will be wins. Hopefully lots of them.

But for now Evans is just gutted about what happened in that narrow, high-speed Scandinavian frozen forest; so close and yet so far away from a magnificent result.

“It was a huge disappointment for me to end the rally this way,” admitted Evans.

“Everything was going OK in the first stage but on a long left-hander I lost the rear-end of the car and unfortunately I wasn’t able to catch it, so we had quite a high-speed spin.

“After making some repairs we managed to get going again but unfortunately we had to stop for hybrid-related reasons.

“I’m sorry for the team because they’ve obviously built a very fast car but so far I haven’t been able to bring back the results they deserve.

“It’s not nice to go into this break on a bad note but we’ll focus on the next round and on being the best we can there.”