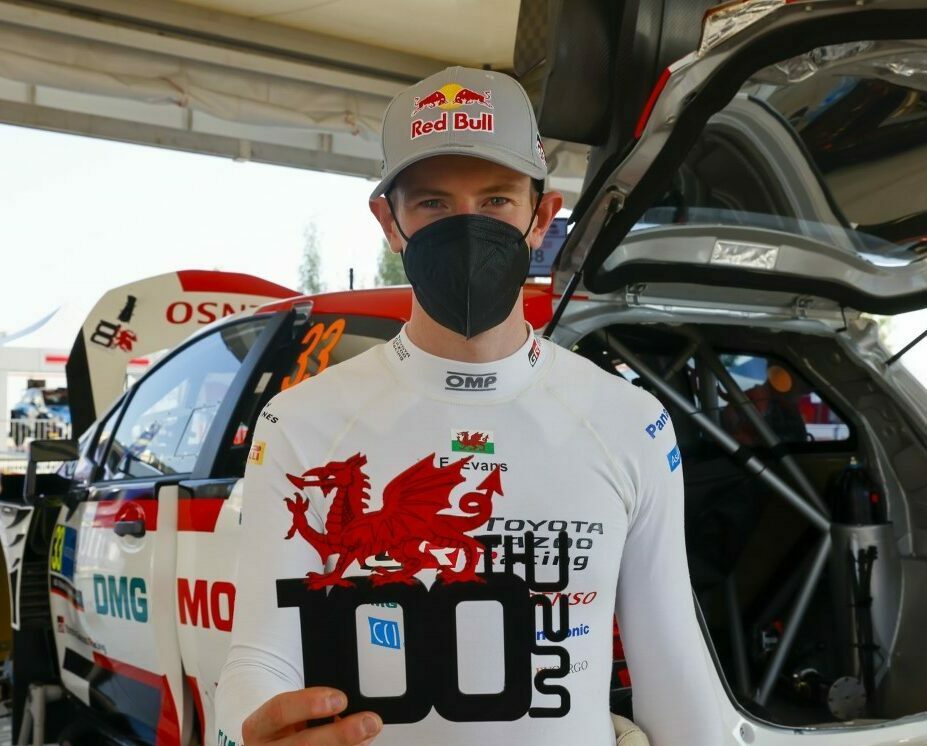 Elfyn Evans hopes that his 100th start in the FIA World Rally Championship will be one to celebrate – and he certainly needs a good result on this weekend’s Rally Estonia to keep his title aspirations on track.

Having won one rally (Portugal) and finished second three times (Monte Carlo, Arctic and Sardinia) on the opening five events, Evans is, as he did last year, right up there challenging for the world title.

But hitting a large rock on the Safari Rally was a set back.

And now the Dolgellau ace’s main problem is his Toyota team-mate Sébastien Ogier, who has already won four rallies this year – including the delivery of a points hammer blow last time out in Africa.

As the second half of the WRC gets underway this weekend, Evans knows that he needs to start regaining lost ground, as the gap between himself and championship leader Ogier is now 34 points.

Rally Estonia has started well for Evans and co-driver Scott Martin, with them setting the fourth fastest time in shakedown – almost a second quicker than Ogier.

“Kenya was not a great rally for me in terms of championship points but we need to put that aside and focus on doing the best we can in Estonia,” admits Evans.

“Even though there were some very high-speed sections in Kenya, Rally Estonia has a very different character.

“The sort of stages we have there really bring out the best from this current crop of cars, and driving the Yaris WRC is always such a fantastic thrill on roads like these.

“We know the basis of our car is generally very good in high-speed sections, but there were a few things that we didn’t get a hundred per cent correct for Estonia last year, so in testing we’ve been trying to get the car as good as we can and just be as prepared as possible.”

Friday and Saturday both feature a loop of four stages to be repeated after mid-day service, but while Friday’s stages are familiar from the 2020 event, Saturday’s are new (aside from a second pass of the Tartu super special to round out the day).

A loop of three stages is run twice without a service break on Sunday, including a new closing Power Stage.