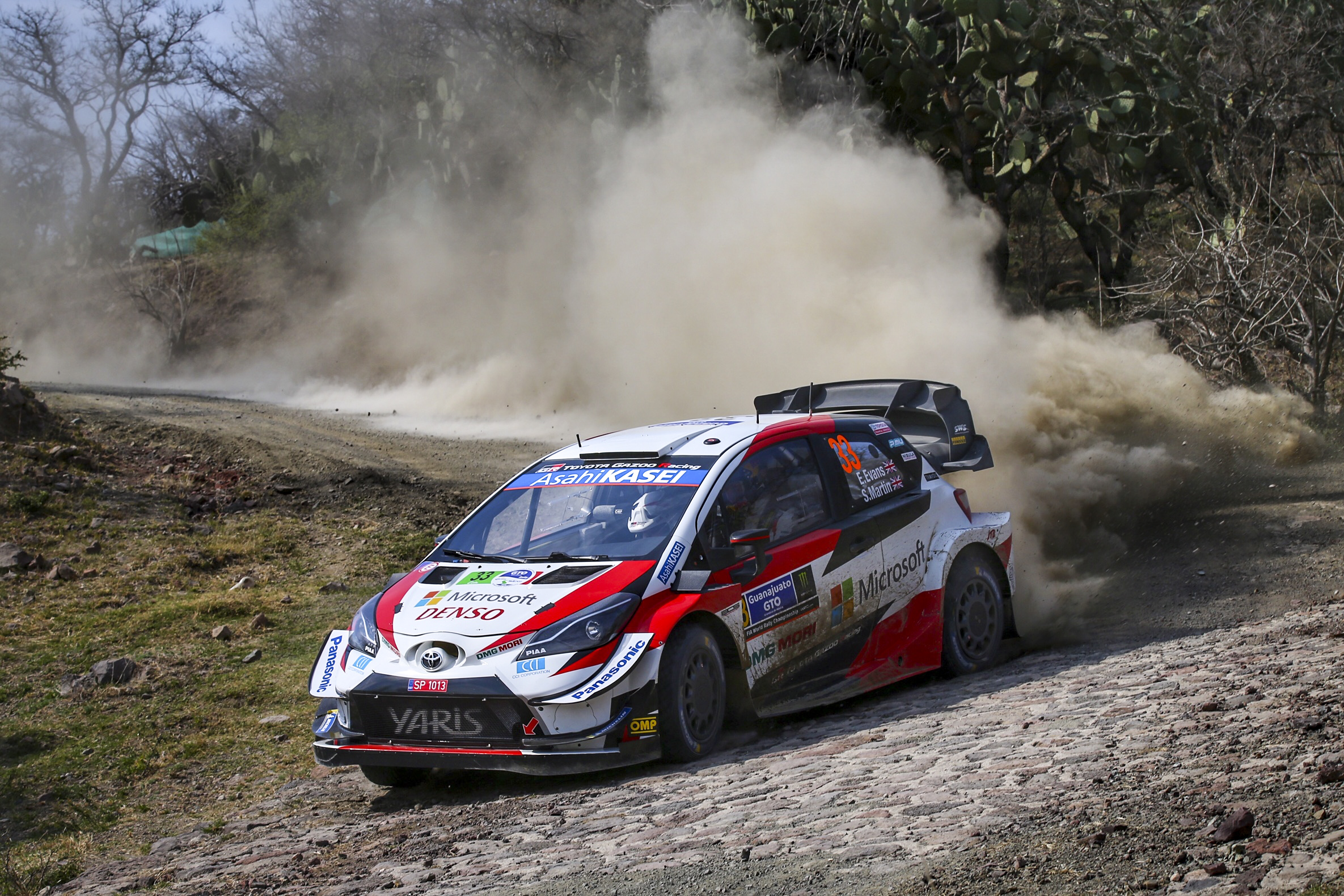 Elfyn Evans finished fourth on Rally Mexico, as round three of the FIA World Rally Championship wrapped up a day early, as fears about closing borders and the ability to get home safely grew.

Out on the stages, it was another excellent performance by the Dolgellau driver, especially as all of Friday had been spent running first on the road – a very real disadvantage on a loose gravel event.

A few little issues on Saturday saw Evans slip away from the battle for a podium position – and the result means that he’s lost the lead of the WRC to his Toyota Gazoo Racing team-mate Sébastien Ogier, who scored a record-equalling sixth Rally Mexico triumph, and his first in a Yaris WRC.

Evans is still second in the drivers’ standings, just eight points behind Ogier and 12 points ahead of Thierry Neuville, who suffered electrical problems in Mexico in his Hyundai.

However, it remains to be seen what the next round of the WRC will be. Rally Argentina, originally planned for 23-26 April, has already been postponed, and while Rally Portugal (21-24 May) and Rally Italy (4-7 June) are currently still on, there are obvious doubts if either of them will take place as scheduled.

“It’s not been an easy weekend for us, but I felt like we drove pretty well,” said Evans.

“This morning I think we maximised everything we could, but with the road positions it didn’t work out. This afternoon we made a few little errors and we picked up some little issues along the way, so we weren’t able to challenge. So I’m a little bit disappointed in one way, but at the same time, fourth place after opening the road on the first day in Mexico is not so bad. All three Yaris WRCs are here at the finish, so it’s a testament to the team and the strength of the car.”