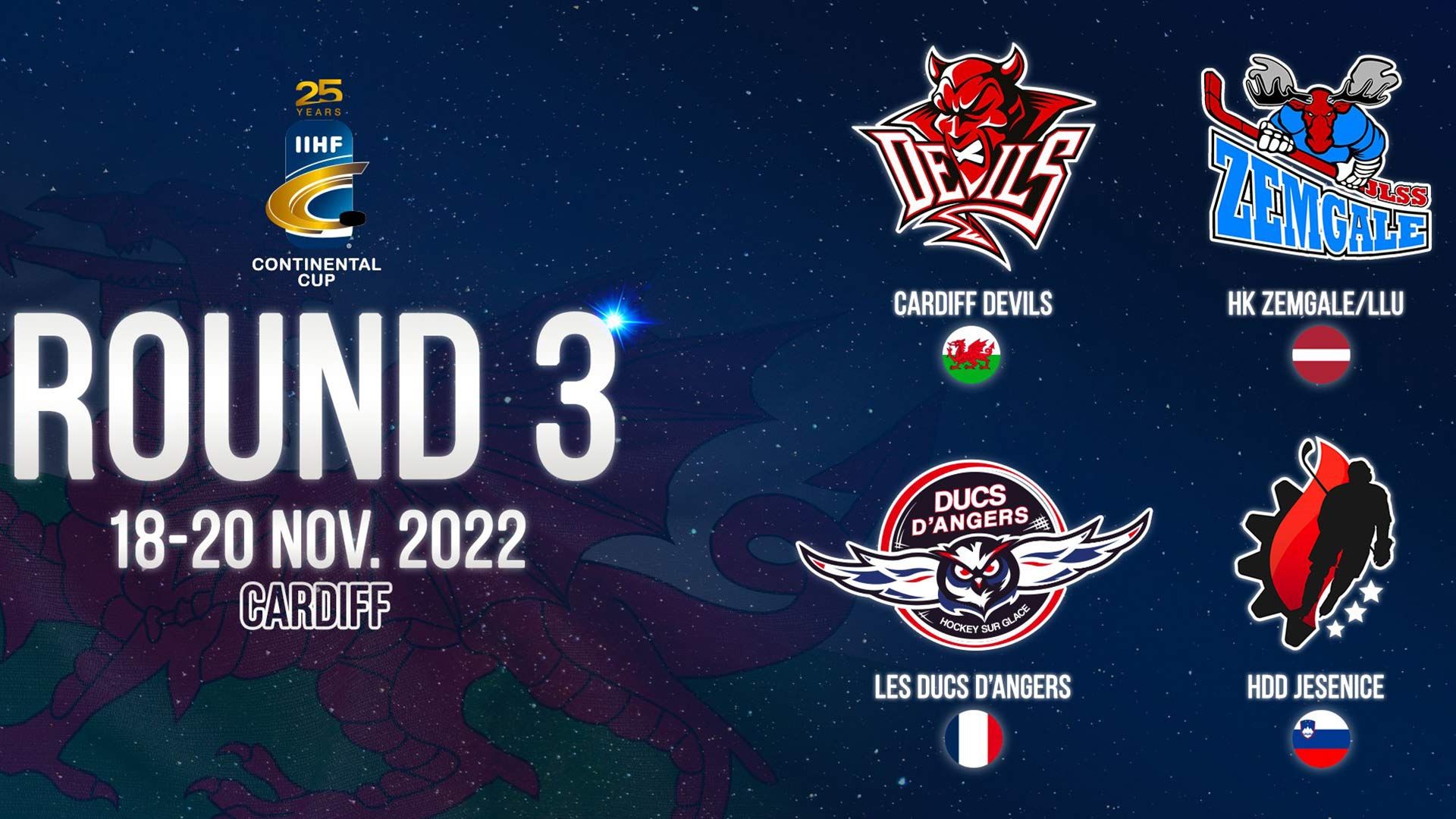 European ice hockey is set to take over Cardiff Bay’s Ice Arena Wales for the next three days as the Cardiff Devils host Group E of the IIHF Continental Cup.

The Devils enter the third round of the tournament and compete over the next three days against teams from France, Latvia and Slovenia.

Starting from this afternoon, Ice Arena Wales will host two games each day in a round-robin format. The group winners and runners up will advance to the Continental Cup final round next January.

Zemgale Jelgava (LAT) and HDD Jesenice (SLO) get the competition underway on Friday afternoon with the Devils facing Angers Ducs (FRA) in the evening slot.

Devils then face HDD Jesenice on Saturday evening before taking on Zemgale Jelgava on Sunday in the final game of the event.

The venue for the final round of the competition in January is yet to be confirmed.

Devils head coach Brodie Dupont has urged his team to use their home advantage this weekend to clinch qualification against opponents who will be an unknown quantity.

“We want to be the team to beat, they’re in our building and this is our house, and we want to set the tone on Friday night,” he said.

“I’m looking forward to it. Any time you enter a tournament you want to win it, so we obviously want to get off to a good start.

“You may see a little bit of a feeling out process but I’d prefer it if we just take the tempo to them and try and set the pace – so that’s going to be my message all week. It should be a fun brand of hockey all weekend.”

Weekend passes for all three days (six games) and individual day passes (two games per day) are available via the team’s official site.

THE VISTING TEAMS AT A GLANCE:

(All stats taken from Elite Prospects)