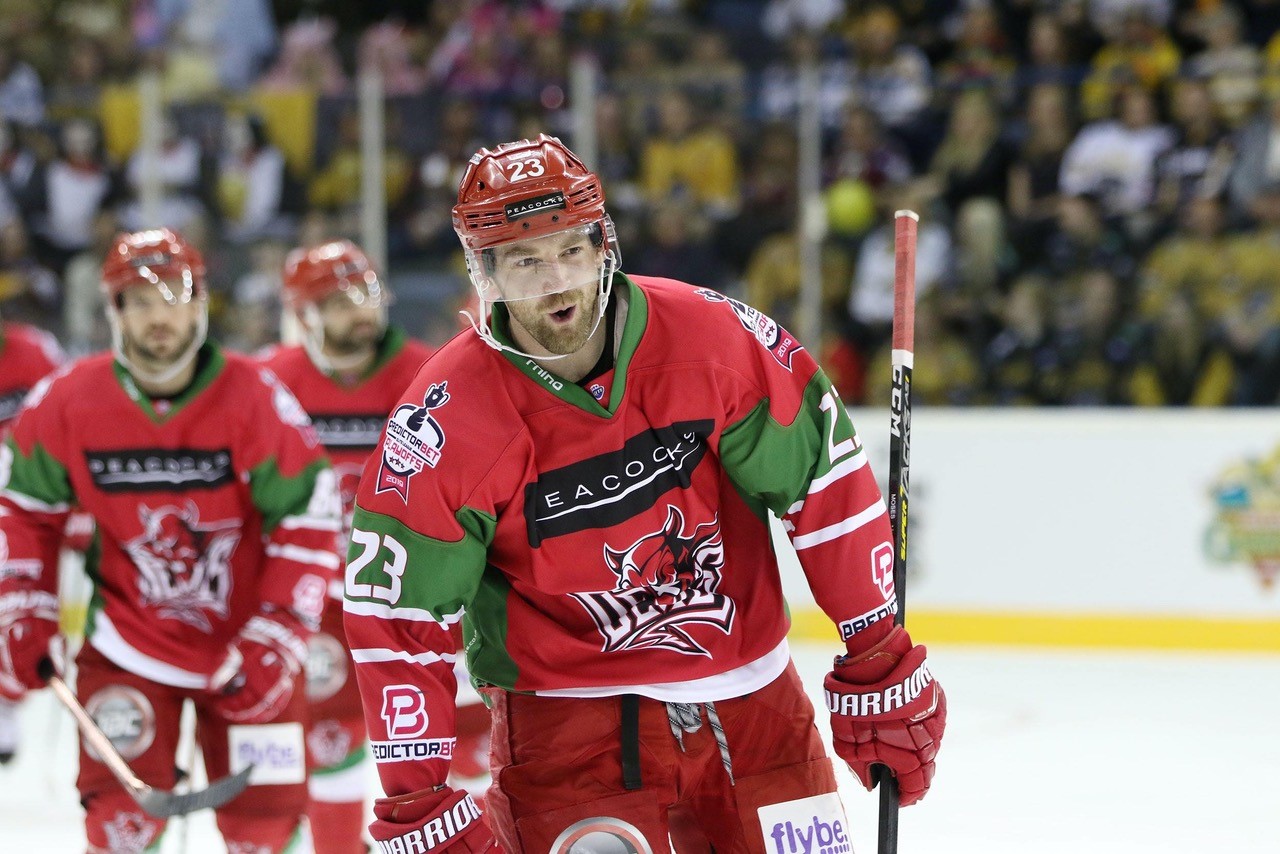 Evan Mosey has become the fourth player to leave Cardiff Devils as the disruption to the 2019-20 Elite League ice hockey season continues to create problems.

American Mosey, who can play on defence or offence, has agreed terms with a team in the top league in France.  He will spend this season with Repaces de Gap in the French Magnus League.

Devils and the other nine EIHL clubs were keen to start the season in December, but even that looks a forlorn hope with the Covid-19 pandemic continuing to affect sport across Britain.

Mosey missed the majority of 2019-20 recovering from a knee injury sustained while playing for Team GB in the 2019 World Championships.

He returned to action for the last eight matches, scoring four goals with three assists.

“Evan missed most of last season so this is a good move for him,”  said Devils managing director Todd Kelman.

“We were all surprised he made it back to play at all last season, so I am pleased for him to be able to get a guaranteed job in France with a great organisation like Gap.

“Evan’s speed makes him a serious threat every time he is on the ice and allows him to take chances where other players might not be able to get back into position. I love the way he plays and what he brings to a team every game.

“Off the ice, he is a big personality and a huge fan favourite. We love him here in Cardiff and know the fans in Gap will love him too.”

Mosey becomes the fourth player from last year’s team to sign for clubs in other European leagues that have confirmed start dates.  The Elite League continue to monitor the situation in the UK and are expected to make an announcement next week.

The Devils who have moved on:

Made an emotional departure from South Wales after five hugely successful seasons in Cardiff. Lord wanted to test himself in North America and is now in charge of East Coast League Greenville Swamp Rabbits.

Worked full-time in cancer research at Cardiff University and was offered the ‘chance of a lifetime’ job in Lausanne, Switzerland as a senior scientist developing new oncology agents through clinical trials.

‘Piggsy’ balanced his work in cancer research with his role as Devils player and then coach, but the opportunity given to him in Switzerland was just too good to pass up.

Has seven years as a player and three in his coaching Devils role.

Has signed for Repaces de Gap in the French Magnus League on a one season contract. He is already in talks on a return to Cardiff Devils for 2021-22.

Mosey missed most of last season because of a serious injury sustained while playing for Great Britain.

Canadian forward nicknamed the GOAT – greatest of all time – by Devils fans. Had committed to Cardiff for 2020-21, but with no sign of the EIHL season starting Todd Kelman told all players they could look for new jobs.

“I love Devils and the city of Cardiff,” says Martin, who insists he will be back in Wales after signing a contract through 2021-22.

“I intended to be back for 2020-21, but I need to play and had to weigh up moving to a league that is set to start in October or waiting it out with the hope of the EIHL starting in December.

“All of the players have been treated superbly throughout this process by the owners, by Todd (Kelman) and by Lordo (Andrew Lord).

“We would not have considered looking around without them giving us the heads up to do so. I respect the fact that in these crazy times they still put players first.”

Has joined German DEL2 club Bad Nauheim for this season, but has already committed to a Devils return for 2021-22 by signing a contract.

Formed a formidable partnership with Richardson for Cardiff. Was due for a Devils return, but has now signed for HC Bolzano.

His decision was unrelated to Covid-19 but the Yorkshireman is keen to test himself in European hockey and has signed for Austrian club Graz 99ers. Among the core of players who helped Devils win two League titles, two play-off championships, two Challenge Cups and three Erhardt Conference titles.

Head coach: To be announced