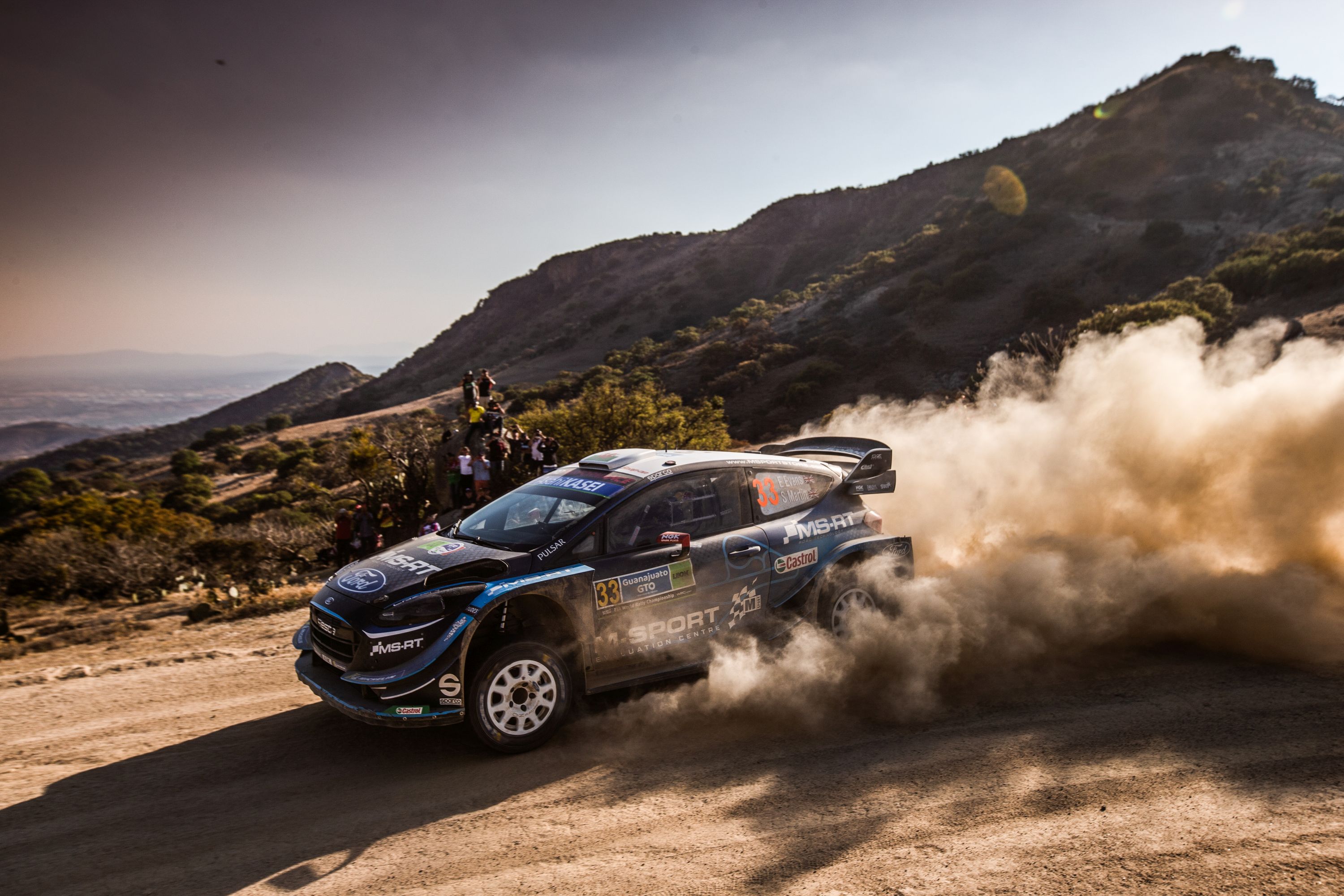 Elfyn Evans came close to winning in Argentina before, and victory will be his aim this weekend.

Can Elfyn Evans clinch victory in Argentina this weekend, two years after missing out on winning there by one of the smallest margins ever recorded in the history of FIA World Rally Championship?

The 30-year old Dolgellau ace clipped a bridge on the final stage in 2017, and that loss of momentum was enough to drop him behind Thierry Neuville at the finish line – by just 0.7 seconds, after over three and a half hours of flat-out competition.

Evans bounced back to record his first WRC win on Wales Rally GB later that year – although that remains his one and only victory so far.

After a dreadful 2018, a rejuvenated Evans has risen to the challenge of being M-Sport team leader and has made a great start to the new season, with a very strong fifth in Sweden and third in Mexico in his Ford Fiesta WRC.

And only a final stage puncture denied him victory last time out in Corsica, when he’d driven superbly and beaten the likes of Sébastien Loeb and Sébastien Ogier – who together have won the last 15 world titles, going back to 2004 – fair and square, before hitting a rock on the racing line and dropping to third.

Together with new co-driver Scott Martin, Evans is currently fourth in the drivers’ standings – and full of confidence heading into a South American event he has done five times and knows extremely well.

“I’ve always enjoyed Rally Argentina and I’m looking forward to heading back there again this year,” says Evans. “The Argentine fans are amazing and make it a really special place for rallying – and for me. It’s where I got my first podium back in 2015, and where I came pretty close to victory in 2017.

“We’ve had a pretty good start to the season and we want to see that continue this week. We’ve had the speed, we’ve made some good steps forward with the car and we’ve secured two back-to-back podiums.

“The goal will be to continue that with another podium in Argentina. The competition is exceptionally strong at the moment and it’s fair to say that we struggled here last year. But I’m confident in the work we’ve been doing and if everything goes to plan I see no reason why we can’t challenge for another top result.”

Rally Argentina features a challenging mixture of gravel roads, from fast, soft and sandy roads in the valley to rocky, narrow tracks high up in the mountains, where fog and ice can be found. The event is also famous for its many river crossings, which make for spectacular watersplashes, especially after the enthusiastic fans have created little stone dams to make them even deeper.

This year’s route features only minor changes from that run in 2018. The action again begins with a super special stage in the lakeside resort of Villa Carlos Paz, near Cordoba, tomorrow night (Thursday 25 April). A similar test at a local theme park is run the middle of both Friday’s and Saturday’s legs. The first full day otherwise features two loops of three stages in Calamuchita Valley, while Saturday features a similar format in Punilla Valley. On Sunday, the rally heads into the Traslasierra mountains, where there are two runs of the event’s signature El Condor test – the latter as the rally-ending Power Stage – separated by the Giulio Cesare mountain stage, which is driven in the reverse direction to last year.